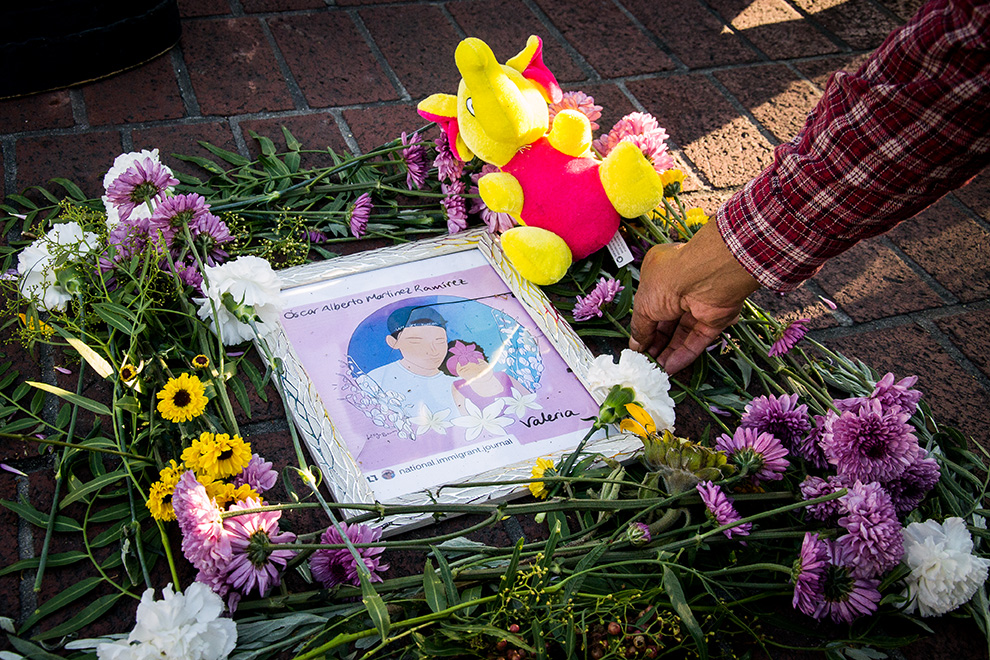 When Bill Hing entered the children’s detention center in Clint, Texas, the faces he saw reminded him of his grandchildren, which made the experience that much more heartbreaking

“There’s none of that happiness. None of that exists for these poor kids,” Hing said. “I’ve been  doing immigration since the 1970s. And I’ve been to detention centers, but the reason why this is worse is because these are very young toddlers being left on their own and they can’t take care of themselves.”

Hing, 70, an immigration lawyer and professor of law at the University of San Francisco, was part of a volunteer team of lawyers who visited the children’s detention facility on June 17,18 and 19.

The team of lawyers volunteered to visit the detention center as part of the “Flores Settlement.” Established in 1997, the Flores Settlement was a federal ruling that forbid the Border Patrol from holding unaccompanied minors for more than 72 hours. After news broke that undocumented migrant children were being held for weeks, Hing and the other lawyers requested a court order to visit the center.

The Flores Settlement also set standards for unaccompanied minors in custody, which included  supervised care for children, food, sanitary living conditions and grooming products. At least twice a year, a team of volunteers inspects the centers. Though officials at the detention center in Clint refused to let the legal team walk around the facility (detention centers can also refuse access all together), they allowed children to be interviewed at random in conference rooms.

“The facility that we were at, from what we have heard and what the children told us doesn’t have any of that stuff,” Hing said. “But the little kids had to take care of themselves, they had to wash themselves, many of them either couldn’t or didn’t.”

During the Obama administration, unaccompanied minors were released to parents or adult relatives, but the Trump administration has restricted those policies, not releasing children to anyone other than parents or guardians. Hing explained that after the 72 hours, children were being transferred to the Office of Refugee Resettlement (ORR). This however stopped after Border Patrol said the ORR was at full capacity. Hing said the ORR is taking longer to contact sponsors for these children, and many potential sponsors were unaware of the situation the children were in.

“I think there’s evidence that they’re taking so long that it’s crossed the line between incompetence to being intentional,” Hing said. “It took me five minutes to ask for the phone number and make a call for the kids. It’s not hard.”

Nationwide protests have erupted across states in response to the Trump administration’s immigration policies—policies that continue to separate and detain children from their families in what are being called “concentration camps.” The Associated Press has reported children being held in degrading conditions outside of El Paso, Texas, lacking food, child care and basic sanitation necessities such as toothbrushes, baths and beds. Older children cared for younger children, some of whom were completely alone. All of this has mobilized communities, including those in San Francisco.

An outpouring of support for the children and the plight of immigrants seeking refuge in the United States has motivated many residents of the Mission, spurring an emergency protest on June 28 at the 24th Street BART Plaza. This issue hits home as the Mission is known for its immigrant community.

“The sadness isn’t just for these kids. It’s a sadness that belongs to our entire community,” said Jorge Argueta, a San Francisco-based Salvadoran poet and author of children’s books, who participated in the June 28 demonstration.

Argueta led chants and read a passage from one of his children’s books as a crowd gathered around. He wasn’t alone in his sadness over the mistreatment these migrant children face.

The crowd also mourned the migrants who die in search of refuge on their way north. On June 26, Mexican newspaper, La Jornada, published a photo of a Salvadoran man, Oscar Alberto Martinez Ramirez, 25, and his 23-month-old daughter Valeria, lying face down in the muddy waters of the Rio Grande. The photo not only illustrated the dangers that come with the desperate attempt to reach the United States, but also sparked many to take action.

“I think that just because you’re not from Central America doesn’t mean that it doesn’t affect you,” said Marissa Jefferies, 25. “It affects you as a human being.” Jefferies is the West Coast development coordinator for Committee in Solidarity with the People of El Salvador (CISPES). This organization along with many others have lent a helping hand to those struggling for asylum.

The Mission-based Clínica Martín Baro is one of many Bay Area organizations determined to help marginalized communities. Established in 2007, the student-led free clinic provides medical attention for those in the immigrant community who fear persecution. The clinic has evolved into a partnership with a mobile unit called the Wound Clinic. Traveling to Tijuana to provide medical care, volunteers of the Wound Clinic see first-hand the ripple effects of the Caravan movement.

“When we first went, there’s a lot of people and you can just tell the facilities weren’t ready for this, so there is a lot of cramming of people,” said Maria Contreras, 24. Contreras is a volunteer for both Clínica Martín-Baró and Wound Clinic. The clinic travels once a month to provide much needed health care in Tijuana.

“A lot of our patients at Clinica, most of them, are newcomers to the United States,” Contreras said. “And so a lot of them do have family members who are traveling within the Caravana.”

After the Trump Administration announced yet another round of raids planned for July 14, demonstrations outside of San Francisco’s ICE headquarters at 630 Sansome St. have continued. On July 12, multi-faith communities held signs that read “Close the Camps!” and “Protect Climate Refugees.”

“I’m here to be a voice, to make some noise, to let people in the building know if they’re being detained, if they’re terrified, to let them know we’re with them,” said 42-year-old Rabbi Jeremy Sher, representing Bend the Arc Jewish Action. “The lessons of the Holocaust are such that we need to stop this now.” Sher blessed the gathering and led members in a prayer in Hebrew.

Chizu Omari, 89, grew up on a strawberry farm in Southern California. At the age of 12 she was incarcerated with her family and other Japanese Americans at an internment camp in Arizona during World War ll. Omari, a writer and member of Tsuru for Solidarity, wore a chain of origami paper cranes around her neck.

“We really need to step up, especially those of us who have experienced what the government can do,” Omori said. “We’re getting to the point where we’re going to lose our democracy if we don’t protest and start fighting back.”

Newly arrived from Honduras, Sindy Flores, 24, was the last to speak at the event. Lisa Castellanos, a member of immigrant advocacy group, Mijente, translated for Flores. With her nearly two-year-old daughter lying in her arms, Flores spoke to the crowd about her experiences of losing her now 2-year-old daughter at the border. She told onlookers how her daughter was separated from her husband. Tears filled her eyes when she said the traumatic experience has changed her baby. Now, with raids looming, she’s afraid to take her children to the park.

“I’m very grateful for all the people who are here,” Flores said. The temporary loss of her daughter and an uncertain future is a sign that history is repeating itself.

“It’s very painful, something that you cannot describe,” Flores said. “When there are groups out there who are supporting migrants, we don’t feel so alone.”