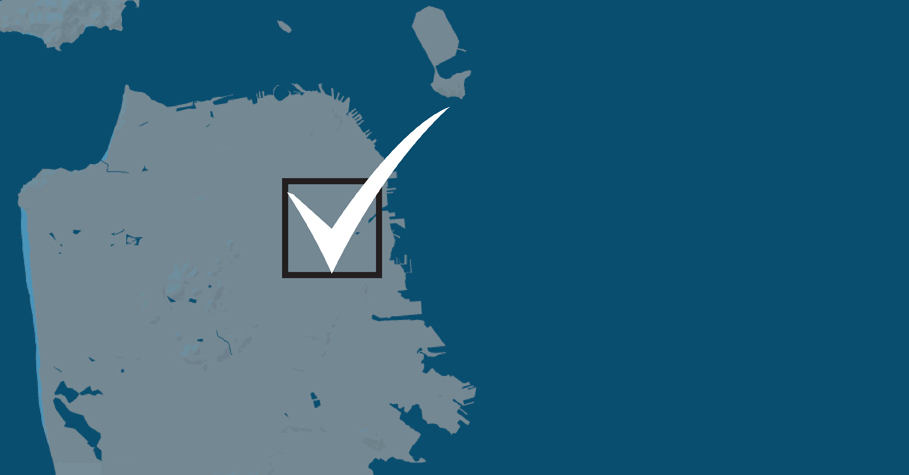 In the upcoming election on Tuesday, Nov. 3, San Francisco voters will have the chance to weigh in on some important local measures that affect everything from affordable housing to government transparency and regulation. Students in the Latino Politics class at San Francisco State University’s College of Ethnic Studies have carefully researched local Propositions A–K in order to understand what changes are being proposed and how they might affect the Latino community. Listed below are explanations and recommendations on the propositions, which have been conscientiously researched and written by Latino Studies students for El Tecolote’s readers with the hope that you will make your voice heard on Nov. 3 by taking the time to vote on these and other important issues.

“YES” on Proposition B
Proposition B proposes to extend parental leave benefits for both parents who work for the City and County of San Francisco. It would give both parents 12 weeks each instead of 12 weeks between them. In addition, it would allow an extra week of parental leave if needed in case of a pregnancy complication and allow parents to maintain at least 40 hours of sick leave, rather than be required to use their sick leave before using their parental leave. Even though Latinos are under-represented in the ranks of City and County of San Francisco employees, we still support Proposition B because it is supportive of workers in general, and it could benefit more Latinos in the future.

“YES” on Proposition D
If approved, Proposition D would allow the Mission Rock development to go forward and to surpass existing building height limits along the waterfront. Mission Rock will create up to 1,950 residential units with at least 33 percent being low- to middle-income affordable housing. Mission Rock will also lease retail space to local artists and small business owners. Pier 48 would be renovated to historical standards, and as many as 3,100 new parking spaces and 8 acres of park area would be created. We support Proposition D as a way to create more affordable housing; it will also offer a boost to the local economy by creating more small businesses in Mission Rock.

“NO” on Proposition E
Proposition E is a flawed attempt to keep residents more informed about public meetings and committee work via live streaming and other forms of electronic communication. It is a good idea but as planned, the costs to run the program exceed its benefits—due to both the personnel and equipment cost of live streaming, as well as the cost of a new staff person to view all incoming emails and commentaries and present them during the meetings. It would prolong already lengthy meetings, but its biggest flaw is that it does not require commentators to back their input with legitimate sources, thus offering disproportional influence in decisions that affect actual San Francisco residents. We support input from the public, but Proposition E proposes a costly and inefficient plan for that input.

“YES” on Proposition F
Proposition F attempts to regulate short-term rental hosting platforms such as Airbnb. Although there are pros and cons to Proposition F, on balance we support it. Proposition F will continue to allow hosts who are registered with the city to operate, although it will further limit the number of nights they can host to 75 per year. The problem is that an estimated 94 percent of hosts on Airbnb are not registered with the city and are thus able to evade taxes and regulation. Proposition F requires proper registration of hosted units and eliminates all non-hosted units that could be used to house people of the community instead of turning a profit from tourists. Although neighbors’ complaints are the only enforcement mechanism, which is already an existing law in San Francisco, Proposition F would allow neighbors to sue Airbnb and other hosting platforms directly. Short-term rental companies like Airbnb negatively impact housing availability; there is a direct correlation with higher eviction rates and an increase in units available on Airbnb and other hosting platforms. These hosting platforms are billion dollar businesses that need to be held accountable to the community. Proposition F will add a layer of protection for residents and help preserve local culture.

“NO” on Proposition G
PG&E created Proposition G to define “clean energy” in a restrictive way to serve the company’s own needs. The new stricter definition would only apply to city-run programs, including the upcoming energy alternative, CleanPowerSF. It would cause confusion among consumers and make it harder for the city to introduce competitive energy programs that weaken PG&E’s monopoly on power. Proposition G never garnered support from anyone; even PG&E has abandoned its support for this proposal.

“YES” on Proposition H
Proposition H is a collaborative response to Proposition G and creates a city definition for “clean energy” that is derived from the state’s definition. Additionally, the proposition makes it city policy for CleanPowerSF to supply energy created within San Francisco whenever possible and limit its use of Renewable Energy Certificates (RECs). (RECs are used to certify renewable energy and may be purchased by firms to claim the firm’s energy is green.) It also urges CleanPowerSF to disclose the planned percentage of clean energy to customers. Proposition H is beneficial for the Latino community as it creates a fair environment for CleanPowerSF to operate in, creating an estimated 8,100 construction jobs and lowering energy costs for customers.

“YES” on Proposition I
Proposition I proposes an 18-month pause on market-rate housing in the Mission District in order to develop a neighborhood stabilization plan that would require 30 to 40 percent affordable housing as part of the mix. Due to the high cost of market-rate housing, and its unattainability by the middle and working classes, this term has become synonymous with “luxury” housing. If Proposition I passes, luxury housing development would be temporarily halted for 18 months while projects with 100 percent affordable housing can continue to be developed. The vast majority of approved developments underway are luxury housing and many had no community input. During the 18-month moratorium, the Mission community and the Board of Supervisors will collaborate on an affordable housing plan and look into buying the few remaining pieces of land available for affordable housing in the Mission District. Voting “yes” will create a crucial opportunity for Mission community members to build an affordable housing plan in an effort to prevent working-class Latinos from being displaced.

“YES” on Proposition J
A “yes” vote on Proposition J will help create a legacy business historic preservation fund to support local businesses on San Francisco’s “Legacy List.” Businesses that have been operating in San Francisco for at least 30 years, are at risk for displacement and that have made a significant contribution to San Francisco’s identity can get onto the Legacy List. The list includes businesses such as Belmart/La Gallinita Market on 24th Street and Drew’s Meats, now called E & J Meats, a butcher shop on Church Street. Proposition J would offer grants to eligible businesses of $500 for every full-time employee and grants of $4.50 per square foot to property owners leasing to businesses on the legacy list if they provide 10-year leases to eligible businesses. There are about 7,500 eligible businesses in San Francisco that can potentially qualify. It would cost the city an estimated $3.7 million in the 2015/2016 fiscal year. In the coming years more small businesses in the Mission will qualify for grants for historic preservation, including Lucky Pork and Evergreen Market on Mission Street and many more. We recommend a “yes” vote with the hope of supporting small Latino-owned businesses that keep the Latino culture alive in San Francisco.

“YES” on Proposition K
Proposition K would allow more people to be eligible for affordable housing in housing developments allowed on surplus public lands. In addition to making more surplus public lands available for housing developments, it would widen the range of income for those who qualify, making it easier for middle-income people to access affordable housing. Currently San Francisco’s affordable housing policy qualifies people who earn 60 percent of median income or about $45,000/year. Proposition K would require that 15 percent of housing on surplus city public lands go to those earning $42,000 or less, and another 18 percent go to those earning $113,000 or less. By 2020, the city hopes to construct at least 30,000 homes, of which 50 percent will be made available to middle class households and 33 percent to low or more moderate-income households.