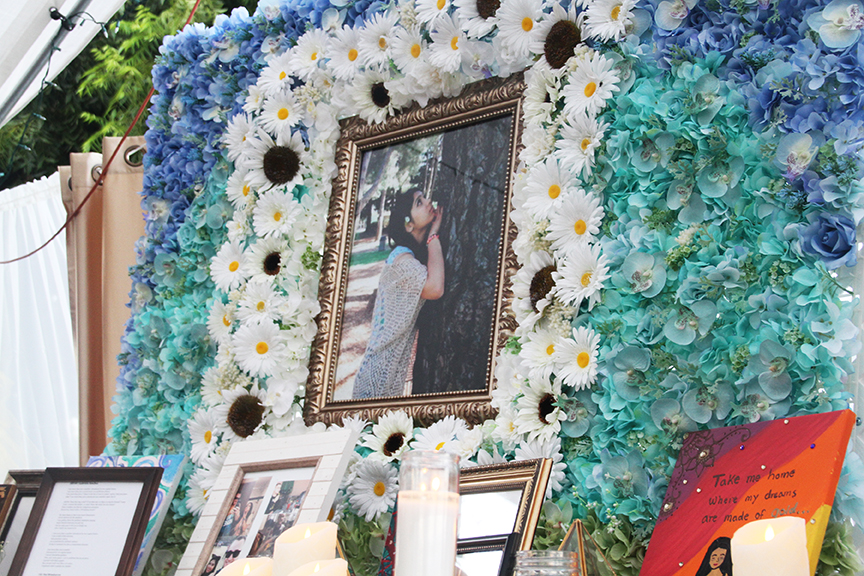 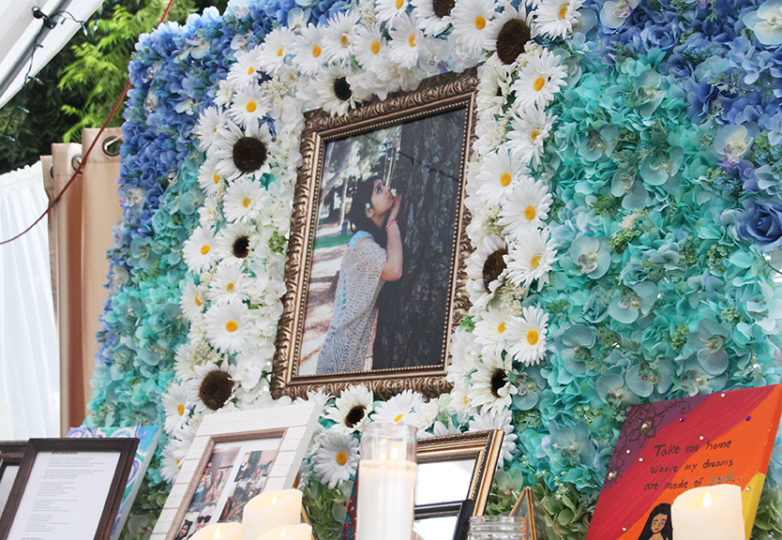 Family and friends of Gabriela Sanchez, who died in a car crash in Los Baños on July 18, congregate at her home in Dos Palos, CA on Saturday July 29, 2017. Many of her friends from college and family travelled from San Jose, San Francisco, Los Angeles and Sacramento to pay their respects. Photos: Gardenia Zuniga-Haro 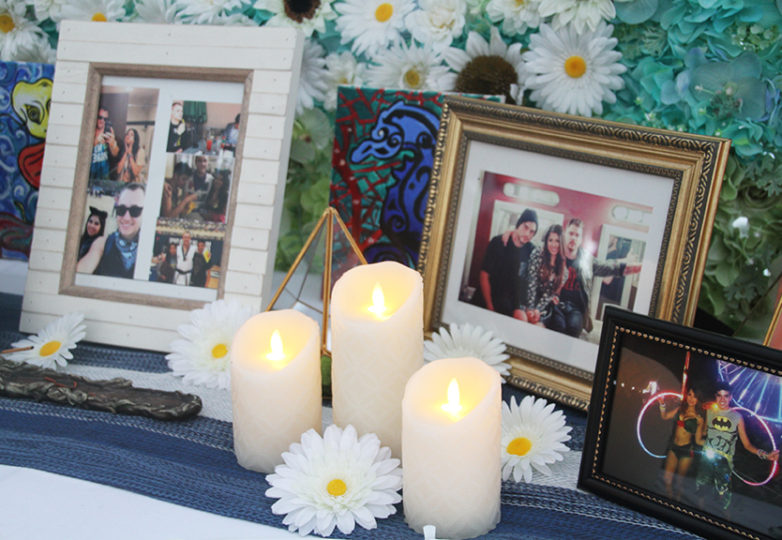 Family and friends of Gabriela Sanchez, who died in a car crash in Los Baños on July 18, congregate at her home in Dos Palos, CA on Saturday July 29, 2017. Many of her friends from college and family travelled from San Jose, San Francisco, Los Angeles and Sacramento to pay their respects. Photos: Gardenia Zuniga-Haro

On the early hours of July 18, 2017, the life of Gaby Sanchez was taken in a tragic car crash. Sanchez was driving to her 4 a.m. shift at Starbucks when her car collided with a semi truck in Los Baños, resulting in a fiery crash. She was 23.

The exact details of the crash are still being investigated by the Merced County C.H.P.

Born in Tepalcatepec, Michoacan, Mexico on Sept. 9, 1993, Sanchez was a joy to many including faculty and students from both De Anza College and San Francisco State University (SFSU), where she would’ve graduated from next spring with a bachelor’s degree in Broadcasting and Electronic Communication Arts. She was a DACA recipient, and her first comic book was going to be published this semester, as she was a member for the SFSU Comic Book Club.

Sanchez had many goals, but her ultimate goal was to graduate from college and be a role model for her family and her fellow undocumented students, who struggle everyday like she did.

Many remember her dedication to her education. She commuted two to three hours every school day to attend either De Anza College or SFSU. She lived in the town for Dos Palos, roughly 140 miles southeast of San Francisco. Her mother, Myra, would routinely drive her to Gilroy, where she would take Caltrain to Santa Clara or San Francisco, depending on where she had school that day. Many of her classmates, who became close to her, saw her struggle and opened their homes to her on school days so she could focus without having to worry about commuting to Dos Palos.

Sanchez was passionate about the entertainment industry, and hoped to one day become a political figure.

She wrote poetry and a few of her poems had been shared at school functions. Her ultimate goal was to film one of her poems this semester and submit it for Sundance Film Festival, which she had been accepted to volunteer for with one of her friends.

On Saturday, July 29, dozens of people came to her garden in Dos Palos to pay their final respects. The blossoming sunflowers represented her personality while the beautiful purple urn holding her ashes illuminated the garden.

Many friends and family came from all over California—Los Angeles, San Jose, San Francisco and Sacramento. One guest was a woman representing Starbucks. She paid her respects to the family and informed Gaby’s mother that Starbucks will honor her life insurance policy, because Sanchez was killed on her way to work. She also offered to help with attorney expenses.

“I couldn’t believe that Starbucks is willing to help us. I am so grateful they cared for my daughter like she cared for her job,” said Myra Sanchez.

Sanchez’s funeral was filled with tears, smiles and a few laughs as we all remembered the moments Gaby made us smile. Most of her friends spent the night underneath the canopy where her ashes rested. Through the night, everyone shared how they met Gaby, and some brought blankets to lay next to her vase.

Sanchez is survived by her mom, three sisters, one brother, and her father who is in Mexico. She is remembered by hundreds of friends from all over the world, who mourn her death but who are uniting to honor her name.

Open letter to SF State: What’s the protocol when one of your students is tragically killed?