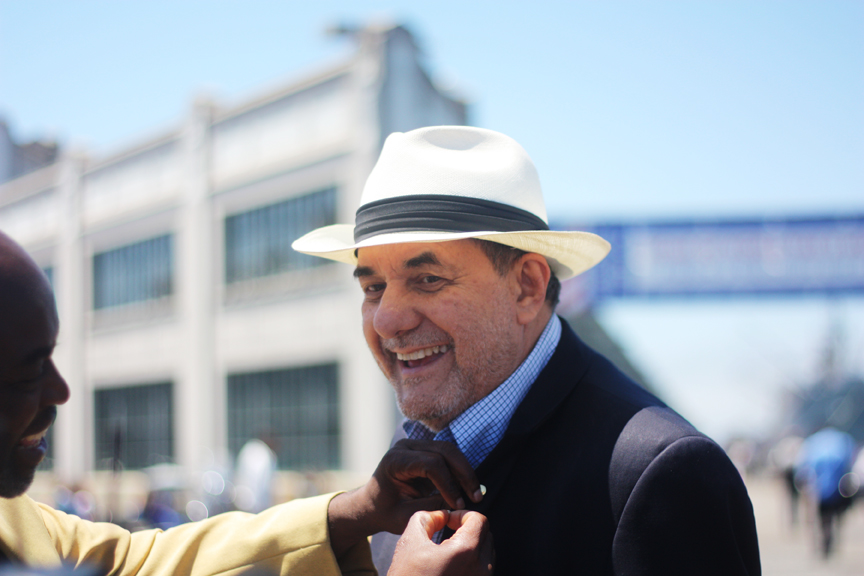 The minister of Ecuador’s State Secretary Presidential Initiative for the Society of Good Life, Freddy Ehlers, spoke at this year’s Love Summit in Portland, Oregon on June 13. The journalist and former politician has been the minister of Good Living since 2013 and visited the Bay Area earlier this month to promote the idea and message of a happy world, where countries redefine the concept of progress and development. He spoke with El Tecolote on June 11.

For those who aren’t familiar with the concept of “Good Living,” what is it?

It comes from an ancient Quechua word, “Sumak kawsay,” which is good living. In English it’s not easy to translate with just one word. In Spanish it’s also not easy to understand it. It’s the integral wellbeing of a person, not just the material. The idea is that the purpose of our life is to be happy. And if you practice a conscious life, this will take you to good living, and good living will lead to happiness.

What constitutes a conscious life?

It is a life in which one has a thorough understanding of oneself and the world around him. If we do not change, nothing will change. The world will not change. Countries will not change for the better if humans do not. So that’s why it is very important the work we’re doing with the ministry of education and health, so that we understand that our lives should follow a new life model. Because people have a lot, but they’re not happy. So what good is accumulating, having more and more, for just one small group to become enriched. For one percent of the world to have so much money—so much money they don’t know what to do with it—meanwhile the rest of the world lives in poverty and necessity…but the problem is not economic, the problem is what’s inside of us.

What is the world’s problem?

The problem in the world, in my opinion, is that we are imposing the model of the one percent on 99 percent humanity. And it’s a lie. We are selling a lie. We are deceiving the world. And that’s why there is so much dissatisfaction. Because in the media…a world is being presented that is impossible for everybody to obtain. So those who don’t live like that become frustrated. You do not need much, the most important thing is to live with family.

How has your past as a journalist and as a politician helped you now as the minister of good living?

It helped me a lot because as a journalist I am a very curious person. Asking why do cars function, why do airplanes fly, why does corruption exist, as there is so much injustice. We are always trying to answer questions. The big question of life, the one I asked after 15 or 20 years as a journalist, was who am I? I didn’t know who I was. Who am I beyond being a journalist, being man, being Ecuadorian, beyond that, who am I? It’s the most important thing in life. As [Nelson] Mandela said, we are infinitely more beautiful, good and free—a wonderful species, but we live like slaves, slaves of ourselves. And to be happy, which is the reason for human existence, little is needed. The essentials of life are needed. And the rest of the time we share with others. We live in paradise, but we don’t realize it. Because we live caught trying to find happiness outside ourselves. But it takes a long time to understand that.

How do you respond to those who say that the idea of Good Living is a crazy idea?

Well, I would tell them that I am very excited, I am very happy and glad because I have seen in especially the scientific and academic communities, with whom we have spoken, huge support for us. We were just with Jim Doti, a great neurosurgeon who is working with the Dalai Lama, Eckhart Tolle, with some of the world’s most important figures, about how our brains work at laboratories in Stanford. He fully agrees with us. There is a union for the first time in the history of mankind between science, love, spirituality and common sense to realize that life can be lived to the fullest. The world can accommodate all people. You can see a world without poverty and suffering. Because oftentimes those who suffer most are those who have more.

It doesn’t matter if you are poor or not. If you are very poor, it is very difficult to be happy. But you do not need much. The problem is that when you stop being poor, you become a consumerist, and consumerism is just as bad as poverty. And then you continue being poor for the rest of your life. As [Jose] Mujica, the President of Uruguay says, “Poor is not so much who has more or who has less. The truly poor is the one who desires more, more and more, and is never satisfied.”