Editorial: Our new deporter-in-chief has no solutions only threats 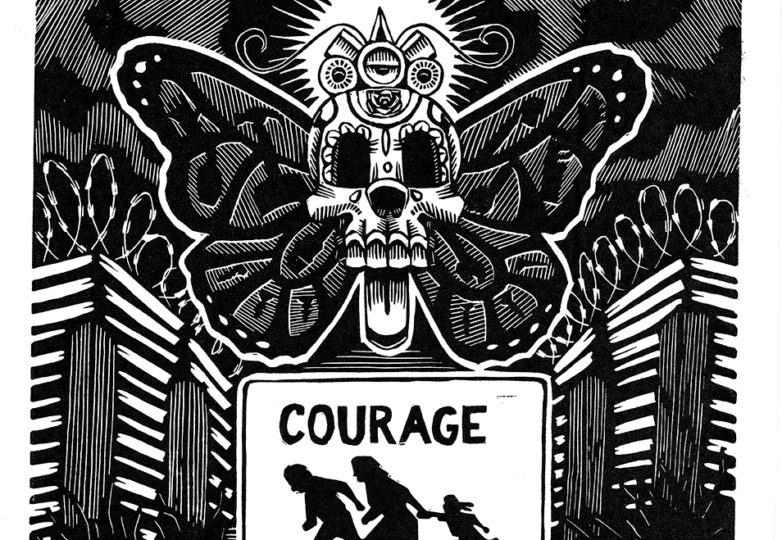 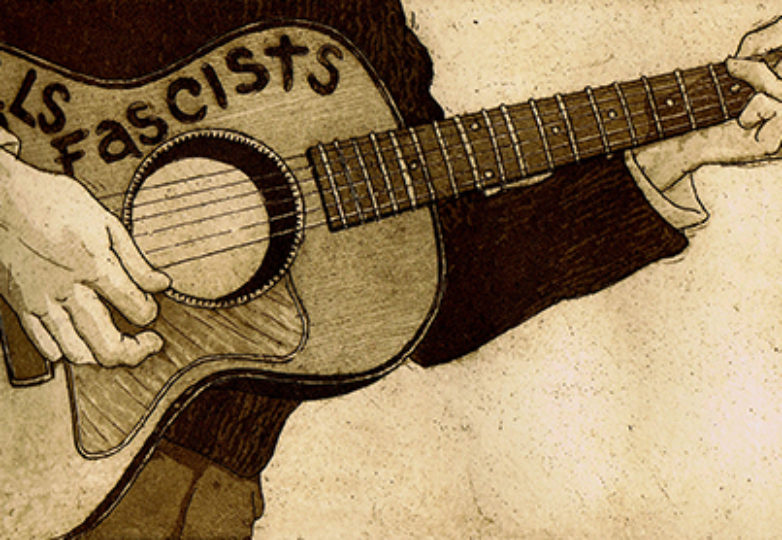 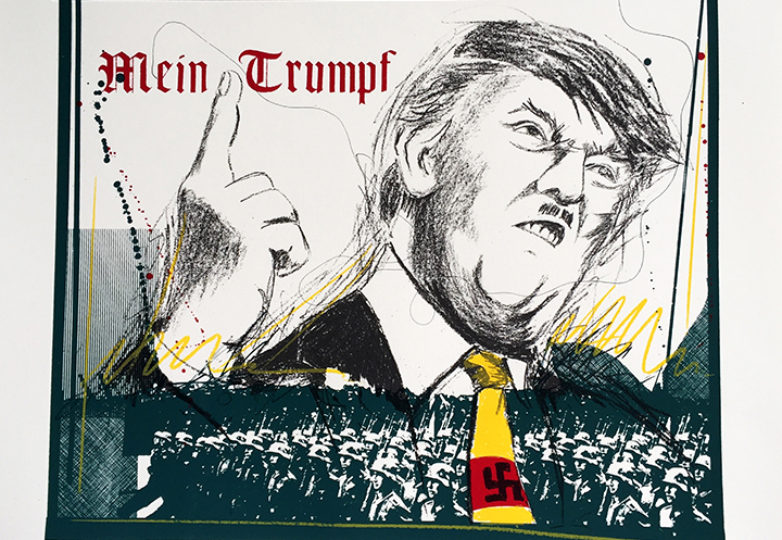 Given the events of the not so distant past, and current present, some might call these “dark times.”

Juan R. Fuentes and Art Hazelwood are certainly doing that.

The artist-activist duo, known for their works primarily in the realm of printmaking and political poster art, have come together to co-curate Acción Latina’s latest exhibition: “Creation & Resistance: Printmaking in Dark Times.”

The exhibition, which opens on March 4, includes screenprints, etchings and relief prints—many providing political and social commentary on topics such as the Dakota Access Pipeline, immigration and the demagogue currently occupying the White House.

Fuentes and Hazelwood don’t feature any works of their own, but they have invited 11 individual artists to showcase in the exhibition. Though each artist has their own particular style and medium, the collective theme of the show resonates with its title.

The pairing of Fuentes and Hazelwood isn’t an accident. They met at Mission Grafica in the ‘80s, after screenprinting political poster art became a major force in Bay Area printmaking during the Chicano movement of the 1970s.

“That was, almost the internationalization of the Chicano poster movement,” Hazelwood said. “It really brought in artists from all over the world.”

“Creation & Resistance” will do the same, bringing together not just artists based in the greater Bay Area and northern California, but also from Alaska and Iran.

Exhibiting artists include Patrick Piazza, Jos Sances and Malaquias Montoya, who is perhaps the most celebrated Chicano artist in the Bay Area.

“Malaquias was one of the first Chicano poster makers that I met while I was here in school at San Francisco State and was a big influence on me and my making posters as well,” Fuentes said. “He’s been around for a long time and he’s influenced a lot of Chicano artists and other artists as well.”

The show also features lesser known artists such as Chamuco Cortes, Veronica Solis and Kate Laster. Laster is a graduate student at the San Francisco Art Institute whose piece—the largest in the show—is a collaged woodcut relief print on top of collage newspaper that depicts two people embracing.

Cortes, who is primarily a tattoo artist, took a carving workshop with Fuentes a few years ago and hasn’t stopped carving since. Cortes’ art in the show touches on immigration and homosexuality among other topics.

“In her work, there’s an experience of her coming from Iran, being displaced, trying to find new roots,” Hazelwood said. And I think there’s her own perspective of that … an internal displacement of finding her place in the world again.”

The show also features powerful artwork by Fernando Marti, who pays tribute to the water protectors at Standing Rock with a moving piece titled “American Flag,” depicting a water protector camp below sea of stars. Another one of his pieces is an image of a man playing a guitar, with the words written on his instrument: “This machine kills fascists.”

“I know for myself taking the role of a curator as opposed to being one of the artists in the show, it’s a different approach but it’s also because you become kind of the organizer and you’re making the selections,” Fuentes said. “It’s us stepping back but also pulling in other artists, especially some of the younger artists. It’s kind of giving them a voice and a chance.”

The opening reception for “Creation and Resistance: Printmaking in Dark Times”  will be on March 4 at Acción Latina’s Juan R. Fuentes Gallery, 2958 24th St. Artists and curators will be printing posters and giving them away from 4 p.m.- 6 p.m., with the reception closing at 8 p.m.