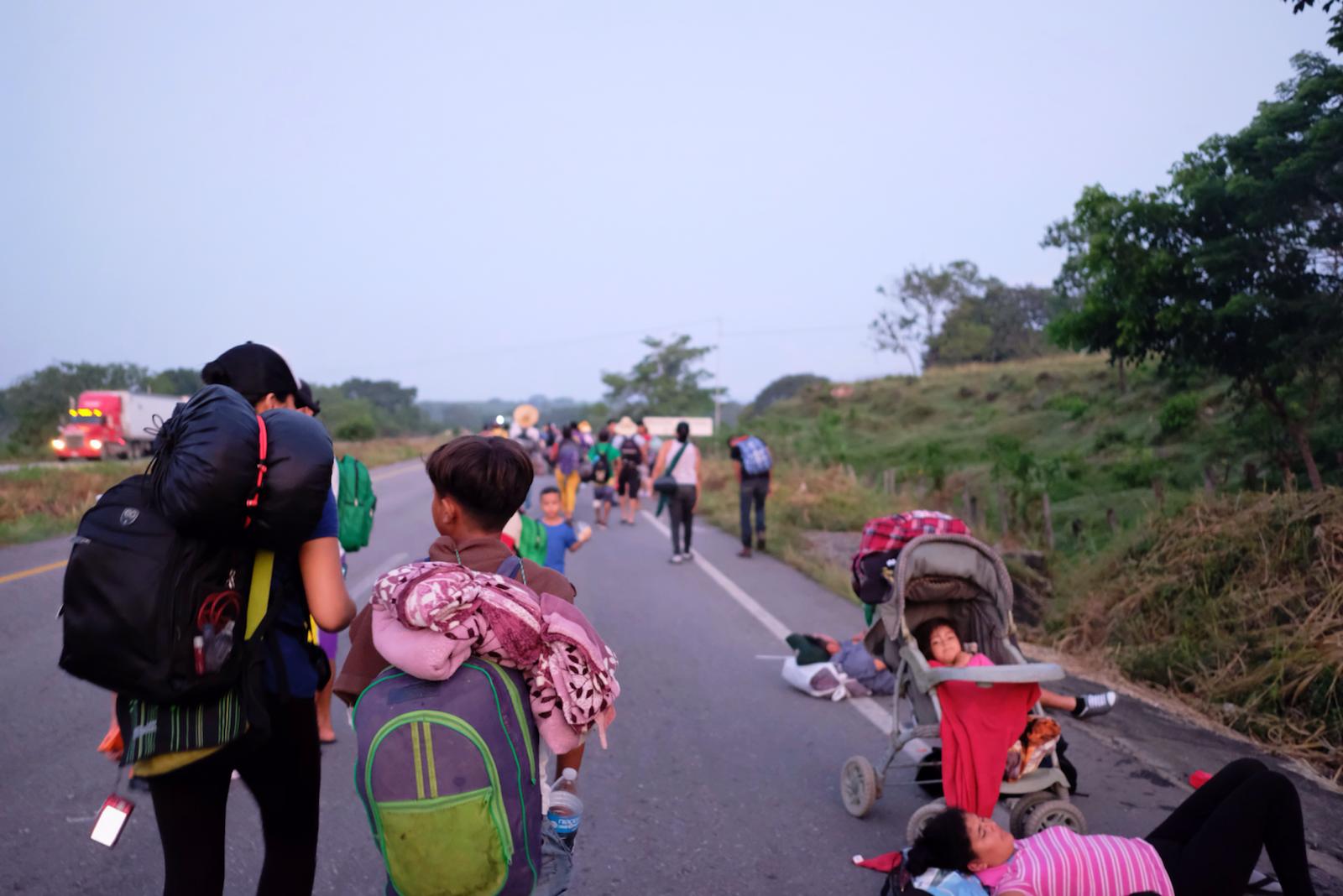 “What would you do about this situation?” my student asked me.

I had just shown my class a video covering the recent Central American “caravan” while reviewing a section on migration in Central America. The migrant caravan is not actually a single unified group, but multiple groups made up of countless people. The most recent group to have arrived at the U.S.-Mexico border is made up of about 200 people.

As that group waits for their fate to be decided, a seperate group is being confronted and pepper-sprayed by Mexican federal police in riot gear at the bridge that crosses the border between Mexico and Guatemala. Undeterred by the police, some jumped over the fence, while others attempted to bring it down altogether, and still others simply jumped from the bridge into the Suchiate river, pushed forward by what can only be a mixture of sheer desperation and determination to control one’s destiny.

Nearly seven thousand migrants and refugees (two thousand of them children according to the United Nations) are traveling through Mexico in hopes of reaching the nearest border crossing in McAllen, Texas. Mexico—acting as the United States’ border police, a policy established by the Obama administration back in 2014—has sent an additional 500 federal police and is attempting to deter migrants by placing boats as a barrier in the river and hovering a helicopter directly overhead.

Pacing furiously from side to side, I highlighed for my students as I do every semester, all the ways our current immigration and refugee/asylum policy is flawed. I can’t say I gave my student the “right” answer, but I’ve been thinking about the question ever since.

The majority of the caravan is coming from Honduras. Honduras—unlike El Salvador, Guatemala and Nicaragua (although there are people from these countries in the caravan as well)—was comparatively stable during the 1980s and ‘90s. The reason for this semblance of stability can be attributed largely to the fact that the United States used Honduras as its base of operations for its involvement in Nicaragua and El Salvador, so much so that it came to be referred to as the “USS Honduras.”

As I’ve noted in previous columns, United States involvement in Central America goes back to the early 1900s, including six separate occasions of intervention in Honduras between 1903 and 1924.

Furthermore, Honduras has remained one of the poorest countries in the region, with about 68 percent of the population living below the poverty line and 44 percent living in extreme poverty.

Pair this with the fact that it is also one of the most violent countries in the region, and it should be no surprise that Honduras is a country rife with social and political exclusion. The Honduran government has been a revolving door for the Liberal and National parties, which have dominated politics with the exception of a brief period of military rule during the late 1970s.

President Mel Zelaya, a member of the Liberal party elected in 2006, was ousted in 2009 when he attempted to call for a constitutional reform in order to raise the minimum wage. The effects of the 2009 coup, which had the full support of the Clinton-ran state department at the time, still linger.

Still, there are noteworthy things I’ve left out of this analysis, including: the introduction of neoliberalism which culminated in the “dollarization” of El Salvador in 2001; the signing of Central American Free Trade Agreement in 2006 amidst protests; the introduction of zero tolerance policing or “Mano Dura” initiated in Honduras and El Salvador which only worsened violence; and the ongoing drug war with its increased funding through the Central American Regional Security Initiative.

And yet, somehow the caravan feels less like the violent conflict that pushed so many from the region in the 1980s and more like what Europe has experienced recently with the waves of migrants and refugees from Africa and the Middle East in the last few years.

At the risk of sounding apocalyptic, the world is reaching a critical juncture, just look at climate change. The lack of a unified response in presenting a viable alternative to the current world politics is what has allowed the slide, face first, into draconian immigration policies. The measured response from the Democratic Party, that we just need comprehensive reform paired with more “humane” security will not do the trick; we saw this fail under Obama.

“So, what should we do?” I hear my students asking me.

Should we just open our borders? Part of me, like a radical, says, “Yes,  let’s do away with borders.” But what about the people who actually show up? How will they be treated by America? Of course migration is a right and one that should be respected, but aren’t people just looking for a dignified life? Don’t they deserve to have that life in their own homes surrounded by their families and loved ones? We could use those millions of dollars that would go toward a useless wall and detention centers that separate families, or toward the 5,200 troops the Trump administration has placed on the border, and put that money instead toward the arts, education, healthcare, environmental conservation and in the pockets of families in Central America with zero strings attached. Until we resolve the social, political, and economic exclusion of the vast majority of the globe, including Central Americans, we are merely seeing the tip of the iceberg of what’s to come.