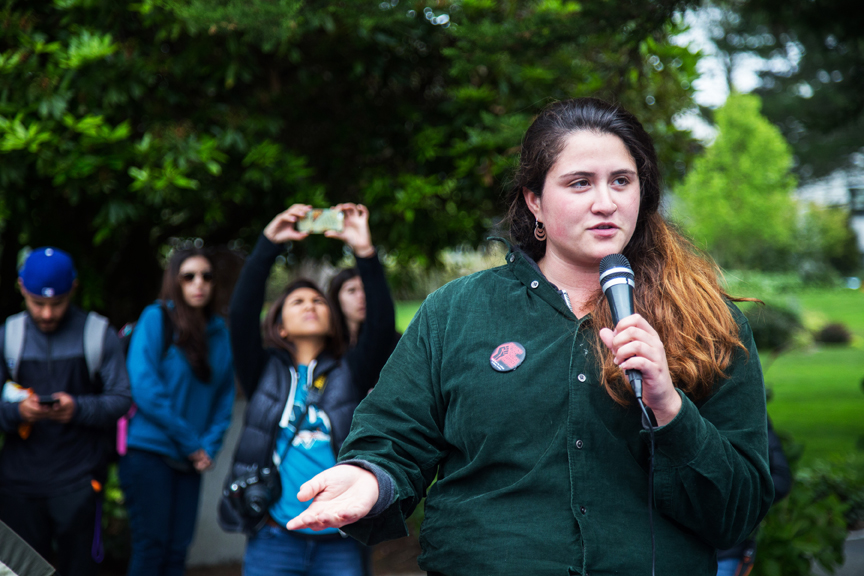 In the past month, San Francisco has been the scene of two hunger strikes. Both became immediate symbols of radical, necessary and—eventually—successful actions. Where all roads to success seem closed or almost impossible to travel, both strikes forced open the paths to dialogue and illuminated the way out of the tunnel.

Initially, the original action was conducted by a group of five strikers who were dubbed “The Frisco 5.” That particular strike was started as a protest against police brutality, where the strikers camped out in front of Mission Police Station on Valencia Street.

On the other side of town, at San Francisco State University, there was a second hunger strike. Four students— Hassani Bell, Julia Retzlaff, Sachiel Rosen and Ahkeel Mestayer—struck to support the wellbeing and growth of the College of Ethnic Studies, which was created in 1968 as the result of a bloody year-long strife.

They called themselves The Third World National Liberation Front, a respectful nod to the name originally used by the organizers of that long 1968 strike, which was led by a multi-ethnic group of students and community supporters.

When I first spoke to the hunger strikers at SF State, I identified myself as a Chilean professor in the department of theatre arts, and that I had also taught many years in the Ethnic Studies Department. One of the students told me to speak with Sofía Cantú Cárdenas, a Chilean-American SF State student and main spokesperson for the group.

Cárdenas has experience as an organizer, something she inherited from her parents and from other Chilean relatives.

“I was born here,” she said. “But I am also very aware that the reason that I was born here was because of the 1973 military coup in Chile. My parents were exiled, as my grandfather was.”

She sounded proud of her heritage, both as a Chilean and as a politically active young woman.

“My father always told me that I should become politically active and be aware of my history, so that I would not again become a victim of the empire,” she said.

The picture was becoming clear in my mind: she was not a hunger striker, but she was their spokesperson, a fully committed supporter, and a great admirer of activist Ella Baker.

Baker was born in North Carolina in 1903 into a comfortable middle class family. Later in life, she became a seminal figure in the Civil Rights movement.

When I read some of Baker’s deeds and quotes, I clearly saw how that strong, well-educated African American woman had influenced this other well-educated young activist, the daughter of Chilean exiles. Cárdenas’ own mother was forced out of Chile when she was merely 11 years old.

I told Cárdenas that she was “an accidental seed of revolution.” She liked the sound of that. Indeed, I strongly believe that she is living proof of some of the many positive sides of exile. Cárdenas had indeed been born in the U.S., but she grew up surrounded by the example and the memory of her Chilean activist family.

On May 11, the student hunger strike was halted, when SF State President Leslie Wong signed an agreement that signaled a clear victory for the four striking students.

When I read the agreement, I was pleasantly surprised to see only the four signatures of the students following Wong’s. There was no mention of Sofía Cárdenas, the Chilean student spokesperson for the student strikers, but I know that she is very happy. After all, I am sure that Cárdenas can relate to these words from Ella Baker: “I have always thought that what is needed is the development of people who are interested not in being leaders as much as developing leadership in others.”

As a result of the “Frisco 5” strike and of the strong and relentless support for the issues raised by that hunger strike, at least four members of the Board of Supervisors are finally calling for Police Chief Greg Suhr to step down. Are these proof of the success of both hunger strikes?

I certainly think so.