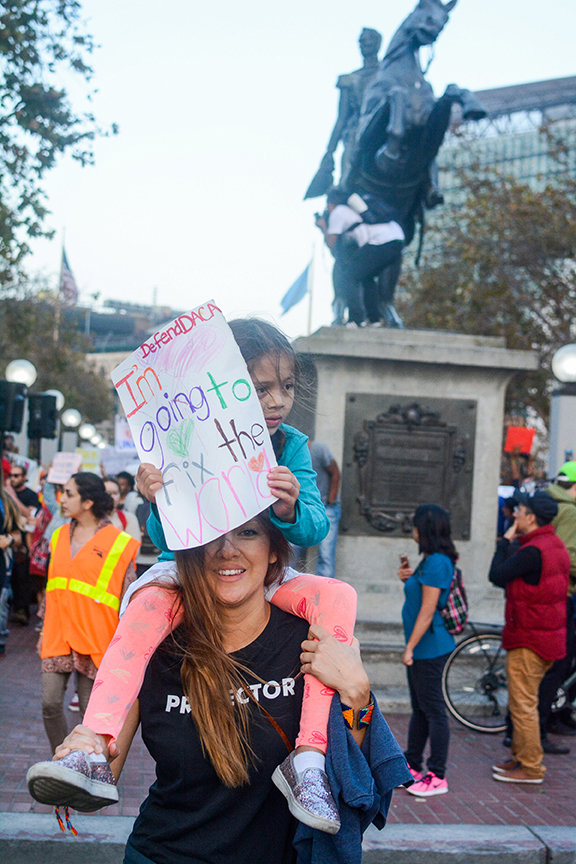 “Resisting is a way of living.”  Someone told me that not long ago. Someone who is undocumented, brought to this country as a child by their parents. Someone who understands the meaning of empathy better than many who were born within the invisible borders of this country.

As I awoke on the morning of Sept. 5, 2017 to the news that DACA had been rescinded, I thought about this person, her activism and her words. I thought of the millions of others like her. And I thought of their parents, who risked everything on the hope they would find a better life for themselves and their children on the other side of the Rio Bravo.

My mother was one of those parents. It’s because of her that I had the privilege of being born here, a privilege that affords me the opportunity to write these words.

I can’t pretend to know what it’s like to live daily in the kind of fear or secrecy or uncertainty, which is the reality of life for the undocumented. But I have seen my people work. I’ve seen my people overcome. I’ve seen us rise even before DACA, which was created by pressure we put on the previous administration.

The men who rescinded these protections, designed to safeguard some of the most vulnerable parts of the population claim to be doing so in the interest of placing “American citizens first.” But it’s pretty clear that what they want is for 11 million undocumented immigrants (and roughly 800,000 DACA applicants) to live in the shadows, where our people won’t have access to higher education and the benefits that come with it. They command us to return to a life of servitude, living in this country so long as our people work low paying jobs that only benefit those fortunate enough to be born here.

They wish us to not exist. But we do. We’ve existed all along, because we’ve been here all along. Existing is resisting. And despite DACA, we’ll continue to do so.