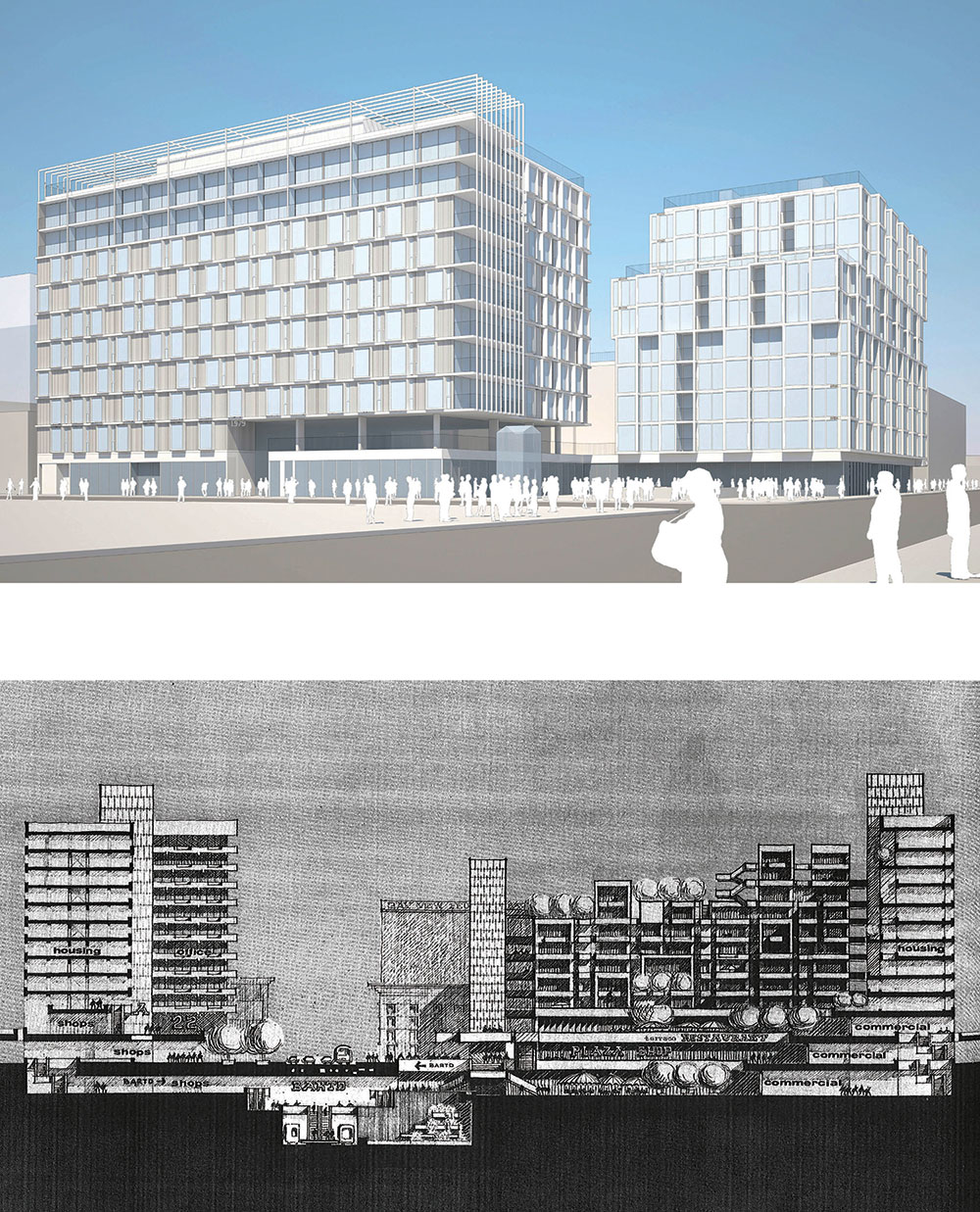 I was first schooled on Los Siete de la Raza by Eric Quezada in the days of the Mission Anti-Displacement Coalition (MAC). MAC came together in the face of the first dot-com boom, the illegal construction of live-work lofts, an explosion of evictions, residential hotel fires, and the creation of a Mission “gang injunction” zone. What we experienced in the early 2000s was part of a history of resistance to these forces of control and speculation. For Eric, organizing meant learning our own histories, thinking about what block parties Santana had played to raise funds for an eviction fight, or where Los Siete ran their scrappy revolutionary coffeeshop.

As a city planning student, I had read about the Mission’s successful fight to stop urban renewal, the subsequent rise and fall Mission Coalition Organization (MCO) and its role in creating today’s network of Mission nonprofits. The lessons of Los Siete filled a gap in that story, defining an alternative radical politics of self-determination, and giving it a relevance I saw unfolding in real time.

What Los Siete struggled against—police brutality, a neo-colonial relationship with city government, the link between policing, transportation investment and gentrification, and the power of capital to transform a city—were the issues we were living through. Today, the community is experiencing a “revancha” of that fight: a second wave of tech-fueled gentrification and evictions, private shuttle buses dominating the streets, and large-scale luxury development. This is the scene of the police murders of Alex Nieto, Amilcar Perez Lopez, Luis Góngora Pat, and Jesus Adolfo Delgado Duarte, guilty of being Brown in the wrong place—in their own neighborhoods targeted by tech money.

The railroading of seven Central American youths in 1969 by the police and media, had been preceded by a series of sensationalist articles in the San Francisco Chronicle about local hoodlums and a neighborhood out of control. In the course of working to defend seven of their own, Los Siete transformed itself into a radical community organization, based on community self-determination, “Serving the People,” and a Third World liberation narrative that linked their struggles with other Black, Brown and working-class communities.

While Los Siete encouraged the community to join the MCO, they maintained a critical distance and raised issues of government funding and developer influence on neighborhood leaders, and called out who they saw as sellout “Tio Tacos.” Los Siete experienced the cycle of disinvestment, and wrote about misplaced priorities: “Si vivimos subyugados, por que poner palma en la misión? Why palm trees, why tiled sidewalks? Why not money for schools?”

The community saw the roving police as an occupation force. This heightened sense of oppression came at exactly the time that the Bay Area Council, regional corporations and local government were laying out plans for BART and the economic and demographic transformation of the city  associated with BART’s construction. The SF Planning Commission published a Mission Urban Design plan in 1966. The goals were clear: “The impact of rapid transit on residential use will be considerable … the Mission ultimately serving as major moderate-income residential resource for the entire Bay Area … increase property values … change the character of retailing … increase tourist accessibility … [and] provide new image potential and characteristics for the Mission.”

This was all part of a general urban renewal ideology (what James Baldwin, after visiting the Bayview, famously called “Negro removal”). The 1966 plan envisioned demolishing entire blocks of so-called “blighted” housing in all directions around the proposed BART stations, to be replaced with high rises around sunken plazas with culturally appropriated signs announcing “tacos,” “bodegas,” and “piñatas.” The designs look eerily similar to the current designs by Maximus Real Estate for the Monster in the Mission development, with its 10-story towers surrounding the BART plazas, and an Olvera Street style “mercadito.”

Working on the Basta Ya! newspaper, artist Yolanda Lopez did not just paint a picture of oppression and struggle, but portrayed the beauty of the community and their aspirations. The Serve the People programs, like the Free Breakfast and the Centro de Salud, were real-life examples of the world they wanted to see, under community control, and provided powerful positive images.

Today, community struggles like the fight against the Monster in the Mission face the same challenges: how to fight the anti-poor and anti-immigrant rhetoric of “cleaning up the plaza” that is replacing it with a playground for the rich, and instead transforming the narrative into a positive vision of community-controlled development, a “Marvel in the Mission.” The lessons of Los Siete—building Third World solidarity, organizing to serve the people, and envisioning a transformative future—remain relevant today. Remember Los Siete!

Fernando Martí is curator with Yolanda Lopez of the exhibit “50 Years of Cultura y Resistencia: From Los Siete to Today,” which is currently on display at Acción Latina’s Juan R. Fuentes Gallery through May 17. Acción Latina will host free pláticas on 50 Years of Gentrification in the Mission with Yolanda Lopez on May 1, and on 50 Years of Defending Black and Brown Youth with Donna Amador on May 15. Both will begin at 6 p.m. at Acción Latina’s Juan R. Fuentes Gallery, 2958 24th Street, San Francisco.

Los Siete and the Panthers: A story of Black and Brown solidarity