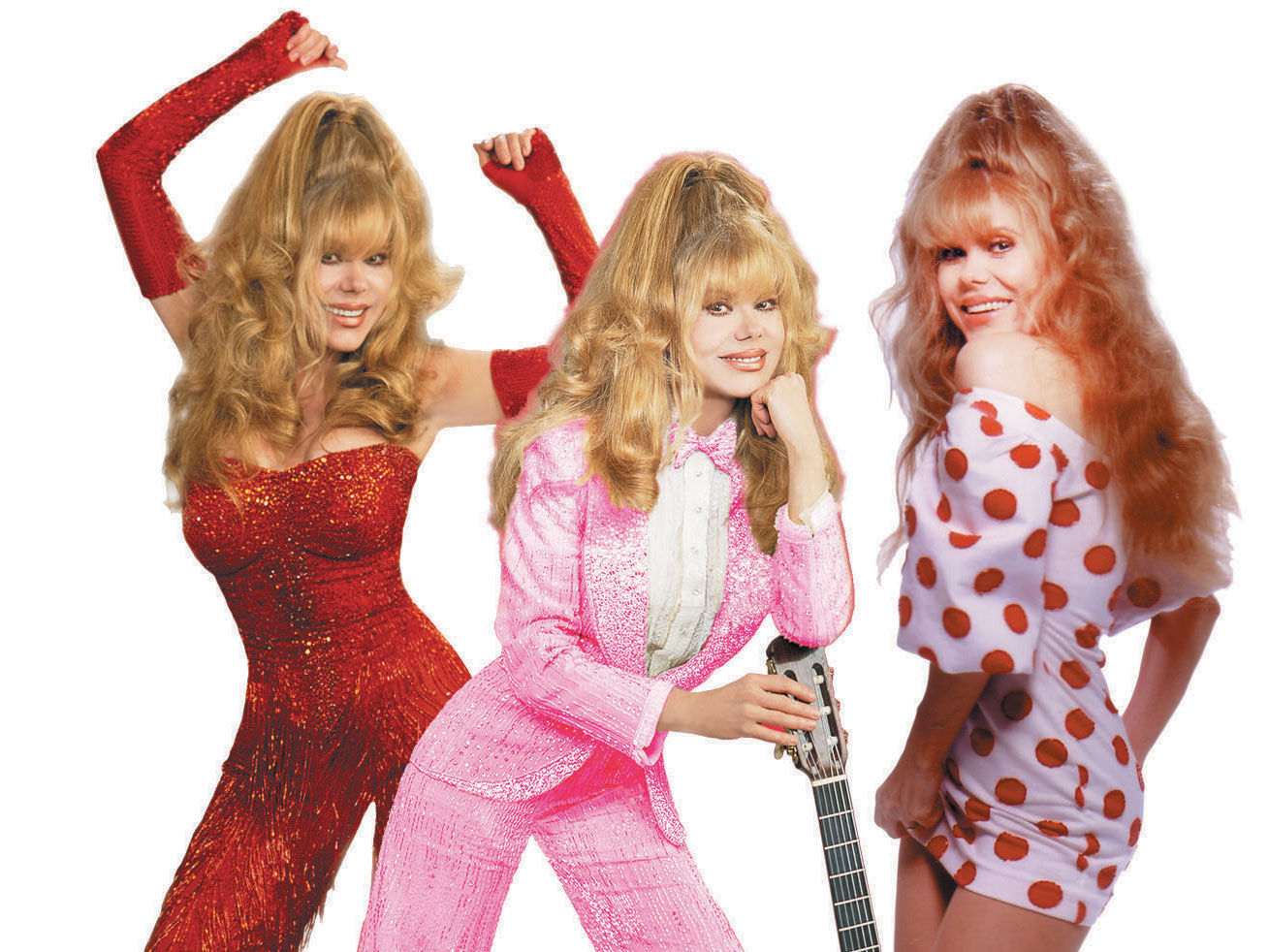 Newer generations may not be as familiar with her, but Charo—the Spanish performer, guitarist and comedienne who has been in show business since the 60s—has had a tremendous influence on worldwide pop culture that can still be felt today.

Born María del Rosario Pilar Martínez Molina Baeza, Charo famously coined the phrase “Cuchi-Cuchi” usually accompanied by a thrusting motion of her pelvis, which she swears is not sexual at all, and only meant to imitate the moves of a dog from her childhood named Cuchillo. Nonetheless, for decades the term was a euphemism for sex and the female anatomy.

To younger audiences looking at Charo’s old television appearances, she may come off as the embodiment of many stereotypes about Latinas. But as a predominantly Spanish speaking performer in the 60s and 70s, a time when diversity in Hollywood was virtually nonexistent, she had to make the most out of whatever made her unique. During her first television appearance on the Johnny Carson show in 1965, Carson asked her: “What are you?” Charo answered “I am cuchi cuchi!”

With her thick accent, she turned what could have been a career disadvantage into a shtick, and often her jokes revolved around being misunderstood (“do not misconscrew me”). It may look silly now, but in those days she was a pioneer who opened doors for Spanish speaking Latinos in Hollywood.

And while the generations who grew up in the 70s with Charo on their TV screen (The Love Boat, Johnny Carson, Hollywood Squares, etc.) may remember her as a campy sexpot, she doesn’t get enough credit for her guitar skills, which twice won her “Best Flamenco Guitarist” in Guitar Player Magazine’s readers’ poll. In the 2006 book “Latinas in the United States: A Historical Encyclopedia,” she is quoted as saying “around the world I am known as a great musician. But in America, I am known as the cuchi-cuchi girl.”

Unfortunately, when she was a rising starlet, women in music (especially women with thick accents and big hair) weren’t taken seriously for their true talents. “I had to put that serious style to rest until I had a little power to tell television producers ‘please, let me play guitar.’”

Gradually she moved away from television, and in the last couple of decades has spent more time on the stage, twice being named “Best Las Vegas Performance” by TIME magazine.

Being known for such an energetic, happy personality, there was nothing that could prepare her followers for the terrible news she delivered last February through a brief note shared on Instagram, which in part read: “Yesterday, Kjell, my husband of forty years and the love of my life killed himself.”

Few hollywood couples can say they’ve been together more years (40) than there were guests at their wedding (30). For Charo and her husband Kjell Rasten, who produced her tours for many years, that was a dream that sadly ended when Rasten died from a self-inflicted gunshot wound after years of declining health and being on medications with side effects that include suicidal thoughts.

After breaking the news to her fans, consumed with grief, Charo proceeded to sequester herself in her bedroom for six weeks, just as winter transitioned into spring.

The performer detailed to El Tecolote via phone call what she meditated on during this period.

But eventually, she reemerged. “I started to realize, OK, there is life, I can see the sun when I open the window, there is air. I had to choose what to do and I chose life.”

In March she came back to Instagram to announce her return. “My husband support my music….in his honor I want to share with you that I will continue [performing] for his legacy and for the love that I had for entertaining and making people happy.”

With her return to the stage, one of her first performances will be in San Francisco at the Herbst Theater on Sept. 20.

She will be honoring her late husband by performing his favorite song, Bésame Mucho. It will be “a celebration of love through guitar…when people listen to it, they will feel love again the way I did for many years.”

The song, written in 1940 by Mexican songwriter Consuelo Velazquez, has been recognized as the most recorded and sung Mexican song in the world. This makes it a challenge to find original ways to share it. Charo will be offering a version she worked in bossa nova. “The way to make a message is when you truly feel it, the guitar cries and sings.”

It may seem like a challenge to celebrate her late husband while also making audiences laugh and smile, but if anyone can do it, it’s Charo. “As an entertainer … you can’t make people sad, you can’t. But you can, during a special moment, celebrate that love is the only thing that exists…nothing can replace it, there is no amount of money that can replace or buy it.”

Since her husband’s suicide, Charo has become increasingly vocal about the dangers of depression, and the illnesses and medications that can exacerbate it or lead to suicide. Specifically, she mentions Premisol, one of the medications Ransten was on, which after long term use can lead to suicidal thoughts.

Charo believes that as a society, we need to stop treating these topics as taboo and reach out for help. At the same time though, she faces the contradiction of not wanting to put her own grief on the stage.

Perhaps this is because her performances aren’t just for her own healing. Seeing what depression did to her husband has left her wanting to spread joy, rather than sadness.

But more importantly, she’s on a mission to tell everyone she can that they are important and needed in this world.

And she wants to take this message to the stage. “I’m going for everyone to have a good time, and I want, with a little bit of comedy, to pass on the most important message of all, that life is beautiful, and if you’re going through a hard time in your life, please, ask for help.”

Charo will perform on Friday September 20 at the Herbst Theater in San Francisco. For tickets, visit cityboxoffice.com or call 415-392-4400.

No matter what problems you are dealing with, whether or not you’re thinking about suicide, if you need someone to lean on for emotional support, call the National Suicide Prevention Lifeline at 1-800-273-8255 or visit suicidepreventionlifeline.org for an online chat. For deaf or hard of hearing, call 1-800-799-4889