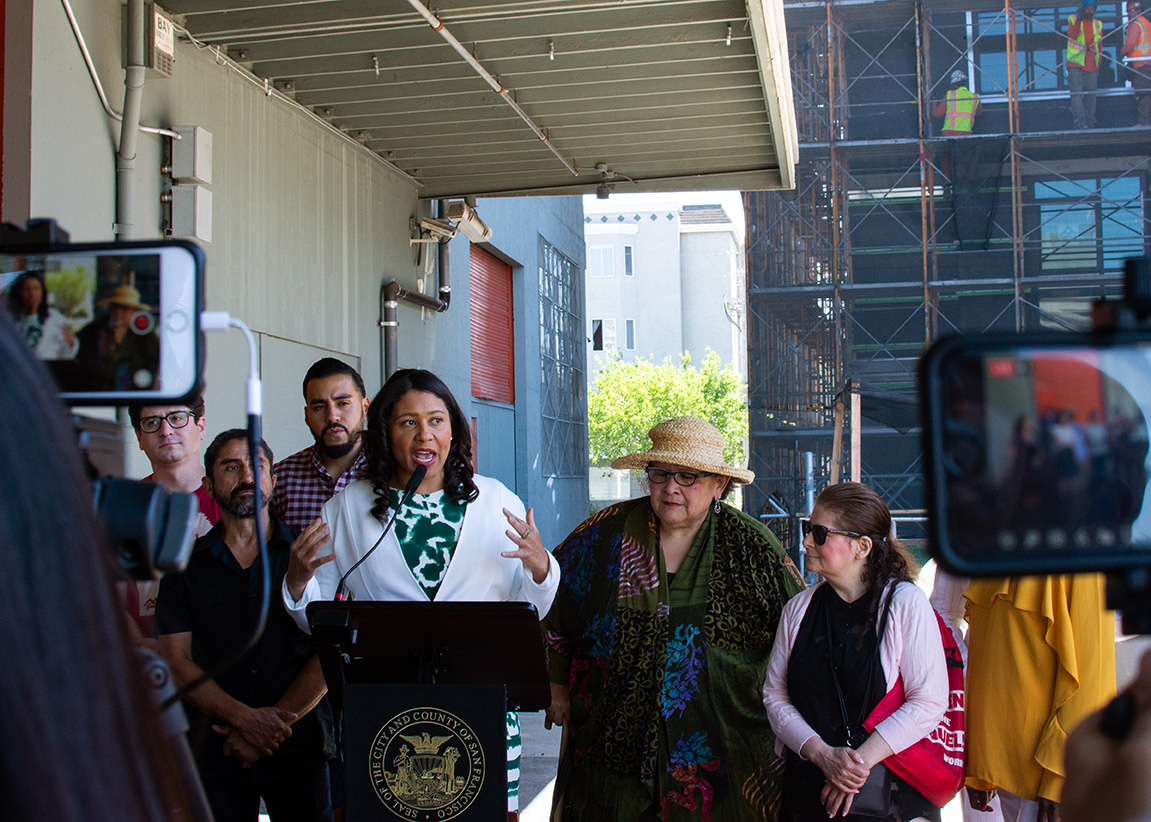 The controversial proposal for majority-market-rate housing at 1515 South Van Ness Ave. (nicknamed by detractors “the titanic mess on South Van Ness”) has seemingly turned into a massive win for Mission housing advocates this week.

Following years of community protests against the project, Mayor London Breed announced on June 11 that the city has purchased the property from its previous owner, developer Lennar Multifamily Communities LLC. On the currently vacant 32,000 square-foot site, San Francisco will “potentially build 150 new family units”—all permanently affordable and likely serving families who earn between 35 to 80 percent of the area median income, according to the mayor’s office press release.

The affordable units, which will join 900 others currently under construction in the Mission,  will be paid for by property tax returns as well as the Metropolitan Transportation Commission’s JumpStart fund, according to the release.

“If we don’t want San Francisco to continue to change so significantly, where neighborhoods are neighborhoods that we don’t even recognize anymore, we’re going to have to make an aggressive investment in affordable housing,” Breed said. “That’s what today is about.”

San Francisco native Roberto Hernandez, who leads the “Our Mission No Eviction” campaign, has waited five years for the announcement.

Protesting the development had, until quite recently, appeared an all but a lost cause.

The Board of Supervisors finally approved the project in 2017, but ground was never broken.

Hernandez has seen the neighborhood change over the years, with friends being forced out. When he went on a low-rider tour across the Mission with Breed recently, at one point they stopped at the 1515 Van Ness Ave.

I kept an eye on it and never saw the crane come in here and start digging a hole,” Hernandez said. “That just gave me hope.”

“I want my family close by; I want my community all around me. It’s what makes my life worth living,” Melgar said. “I think there is no more important thing that we’re doing right now than building affordable housing.”

Breed used the opportunity to push for her and Board of Supervisors President Norman Yee’s proposed $600 million affordable housing bond, which will be on the November ballot.

“We have the money to buy the site, but we need the money to build it,” Breed said. “Our future is depending on it. I don’t want what happened to so many of us who actually grew up in this city: born and raised, and then we turned around and we looked and we were wondering, ‘Where’s our community?”

Once the Board approves the site’s purchase—and upon identifying funding for the construction—San Francisco will choose a developer to lead the project. Once complete, it would be the eighth affordable housing project in the Mission, bringing the neighborhood’s count of affordable units to more than a thousand.