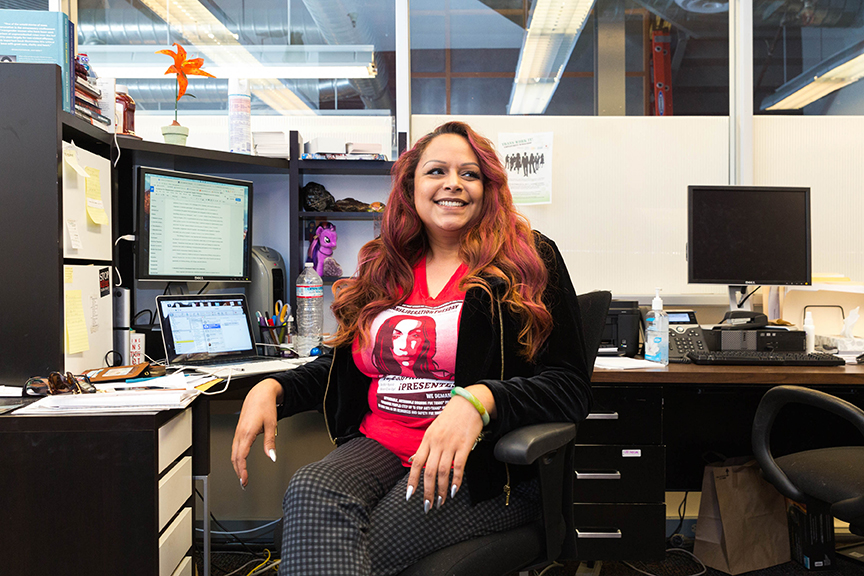 Have you experienced hate?

Dani Castro has been an activist in the trans community since she was a teenager, but the struggle for trans rights and equality became painfully real the day her friend was killed.

“Ever since, we’ve been trying to stop the genocide of trans women of color,” said Castro. Soon after her friend’s death, Castro co-founded the Trans* Activists for Justice and Accountability Coalition (TAJA’s Coalition) in San Francisco, a project to fight for trans women of color to live and thrive. “We are losing humans. We are losing our people and the perpetrators are transphobic people.”

Seven trans women have been killed so far this year, with six being black trans women and one being a Native American trans woman, according to a comprehensive database compiled by Mic News. A black trans man was also killed this year, bringing the total number of trans people of color casualties in 2017 to eight.

On Wednesday, when worldwide participants celebrated International Women’s Day, members of TAJA’s coalition attempted to lead an action outside City Hall, denouncing transphobia and to remember the eight killings of trans people of color, but the plans fell through.

Akira Jackson, member of the TAJA’s coalition, said the action was intended to make the statement that “Black Trans Women’s Lives Matter,” and aimed to highlight the disproportionate effects of transphobia on trans women of color.

Castro attributes these eight deaths this year to transphobia.

“Violence against trans women of color is not something that happens because one is trans,” Castro said. “But rather because people are transphobic.”

In the largest survey about the experiences of transgender people nationwide, the 2015 U.S. Transgender Survey, recorded the responses of 28,000 participants.

The survey also found that one in five trans people reported participating in underground economies, with 12 percent having done sex work for income.

Castro said services geared to support the transgender community are more accessible in San Francisco and a significant part of their existence have to do with local government funding and support.

Last May, former President Barack Obama openly addressed public education institutions nationwide in a letter that allowed them to interpret Title IX to include making accommodations that protect the rights of transgender youth in schools and educational settings.

“The Departments treat a student’s gender identity as the student’s sex for purposes of Title IX and its implementing regulations. This means that a school must not treat a transgender student differently from the way it treats other students of the same gender identity,” the letter stated.

On Feb. 22 however, President Trump rescinded these protections in a letter that said interpretation of sex and gender identity should be determined by local and state laws in making educational policy.

Growing up as a trans youth, Castro remembered facing various barriers, which she overcame with the support of her father.

“I was painting my face with watercolors and my dad noticed and he reached out to women who were doing drag shows,” Castro said. “I have a privilege in that way. A lot of trans youth don’t have their parents’ support.”

Castro emphasized support is critical in allowing trans women of color to exist.

“We are fighting to stay alive. I’ve been doing this work since I was 14 years old and I feel like a broken record,” Castro said. “We are asking all women, all people, to not just stand with us, but to empower us.”

Bittersweet Sixteen: Reflections on 16 years as an American