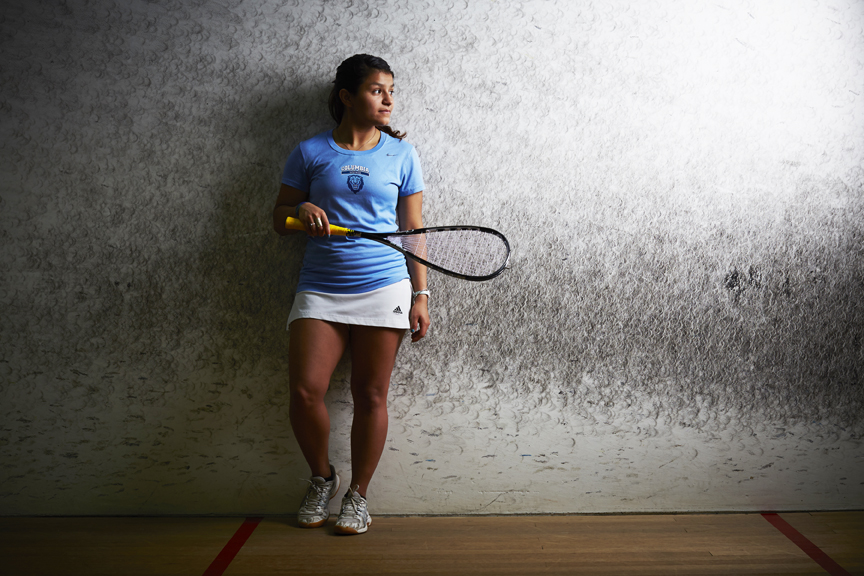 Growing up broke, undocumented and in one of the toughest hoods in San Diego, at 13, Reyna Pacheco seemed unconcerned with the prospect of being kicked out of her charter school.

“Going to that school was basically all about college,” said Pacheco, who would routinely make the 3-hour morning bus ride from her home in City Heights to the nice part of town, La Jolla, where The Preuss School UCSD was located. “But you’re telling a kid that can’t even fathom that [going to college], because one, I don’t have the money because I’m struggling to live everyday, and then two, I don’t have the papers. So it just made no sense.”

But then she met Renato Paiva, a Brazilian native who in 2007 had left his assistant coaching gig at Harvard to join the non-profit Access Youth Academy, and create a pilot urban squash program in San Diego, that would help expand the sport—traditionally reserved for the privileged—to underprivileged communities.

Pacheco had made up her mind to leave Preuss, but she decided to try out for the squash team anyway.

“I wanted to show that I could get into these programs and that I could do something with my life, but I was choosing not to because of all these factors that no one was considering,” she said. “The tryouts were not about being a good athlete, they were about you putting [forth] effort, but it was strange because obviously the squash club was in the rich part of town.”

She made the team, and she continued at Preuss. And that’s when Paiva, who visited the families of those in his squash program, glimpsed Pacheco’s reality.

Born in Tijuana, Mexico, Pacheco was four when her mother, Maria, uprooted her and her older brother Jesus, and with meager $20 made the journey north to San Diego. Moving from house to house—oftentimes living without electricity—Jesus and Reyna stayed with families who would lock their refrigerator while their mother worked.

When Paiva formally met Pacheco’s family, he sat on an upside-down bucket, for there were no chairs in Pacheco’s house.

“I definitely took a leap of faith,” said Pacheco, who would rise at 4 a.m. just so she could have an hour of practice before school. It wasn’t long before she became the best squash player in the program, which meant needing better equipment. She pawned her gold bracelet that her biological father had given her in Mexico to buy a better racquet. Traveling to East Coast tournaments, she would witness rich kids destroy their racquets out of frustration.

But it was through her travels that she met a family with ties to a powerful New York law firm that helped her, her mother and her brother to obtain Green Cards. Her brother Jesus—Pacheco’s “hero”—who dropped out of school to help support his family, now works as a field engineer.
Pacheco’s grades likewise improved. She earned the Grants Millennium scholarship and by her senior year, the kid who had at one time given up on college, was accepted to every college of her choice, except Princeton. Earning a full-ride, the 21-year-old Pacheco is now in her senior year at Columbia University, playing squash and focusing on Urban Studies with a concentration on Political Science.

A professional squash player who is ranked 95th in the world, Pacheco was eliminated in the opening stages of this year’s NetSuite Open Championships in San Francisco, but will be competing at the U.S. Open this month in Philadelphia.

She hopes to break the top 30, and to one day work as a diplomat for the United States.

“I don’t take for granted where I’m at right now and the opportunities that I’ve had, because I don’t think that it’s for lack of trying that minorities don’t make it. It’s for lack of opportunity,” Pacheco said. “If you go to a poor neighborhood, there are brilliant people there. Every time I walk on the court, I don’t think I’m playing for myself, I’m playing for however many kids are in these programs.”