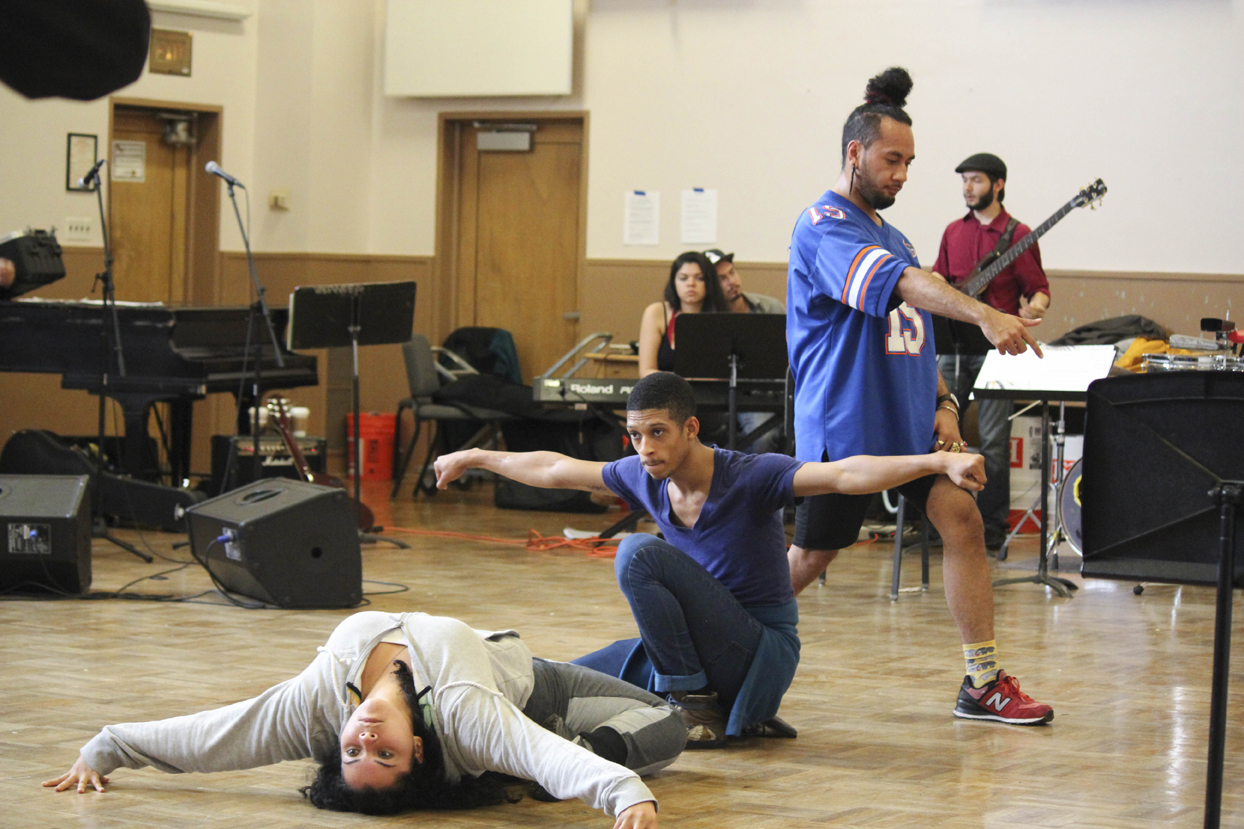 Composer and musical director John Calloway along with renowned actor and writer Carlos Barón recruited about 60 talented singers, musicians, dancers and actors of different generations to entertain the audience once again.

“El Son de la Misión” takes us on a musical journey through the history of the Mission District, illuminating social, cultural and artistic movements that piece together parts of the history of this neighborhood. Political problems and gentrification are just some of the topics that will be part of this production.

These topics will be explored in different acts via a fun conversation between two characters. A retired veteran, played by Carlos Barón, who grew up in the Mission but now lives in Daly City and a young musician, played by actress Araceli Leon. The two characters share a passion for music, which is how the journey through the history of this community begins. The show opens with an Afro-Cubano song and continues with other genres such as salsa, regional Mexican, hip-hop and many more.

“We will include music that has been listened to, played and created in the Mission for the last 50 years,” Barón said. The show’s musical collection begins with songs from the ‘60s, finishing with music from this decade, reflecting the cheerful and vibrant spirit of this neighborhood.

When this production made its debut this past March, tickets sold out almost immediately.

“Many people could not see ‘Son de la Misión’ when it opened, and we’ve brought it back because of its popular demand,” said Barón, who besides writing the script is also acting in the production.

According to Barón, in the first production there were important issues that could not be addressed in depth. This upcoming presentation will allow the producers to expand on these issues, like the act dedicated to the LGBT community. On this occasion Barón will include and bring back to life “The Divo of Juarez,” Juan Gabriel. Gabriel, who died in August, was someone who was very dear and important in the hearts of Latinos.

Every act of the production will be accompanied by a visual element, where photographs representing each decade will be projected in the background. Music and visuals will be combined to give the audience a unique experience.

According to Barón, this is not a traditional play as at times throughout the show, the actors will interact with the public, knocking down the “fourth wall.” Audience members can sing and be part of the show. Maintaining its identity yet incorporating new music and including several surprises along the show, this presentation promises to make you love La Misión even more.