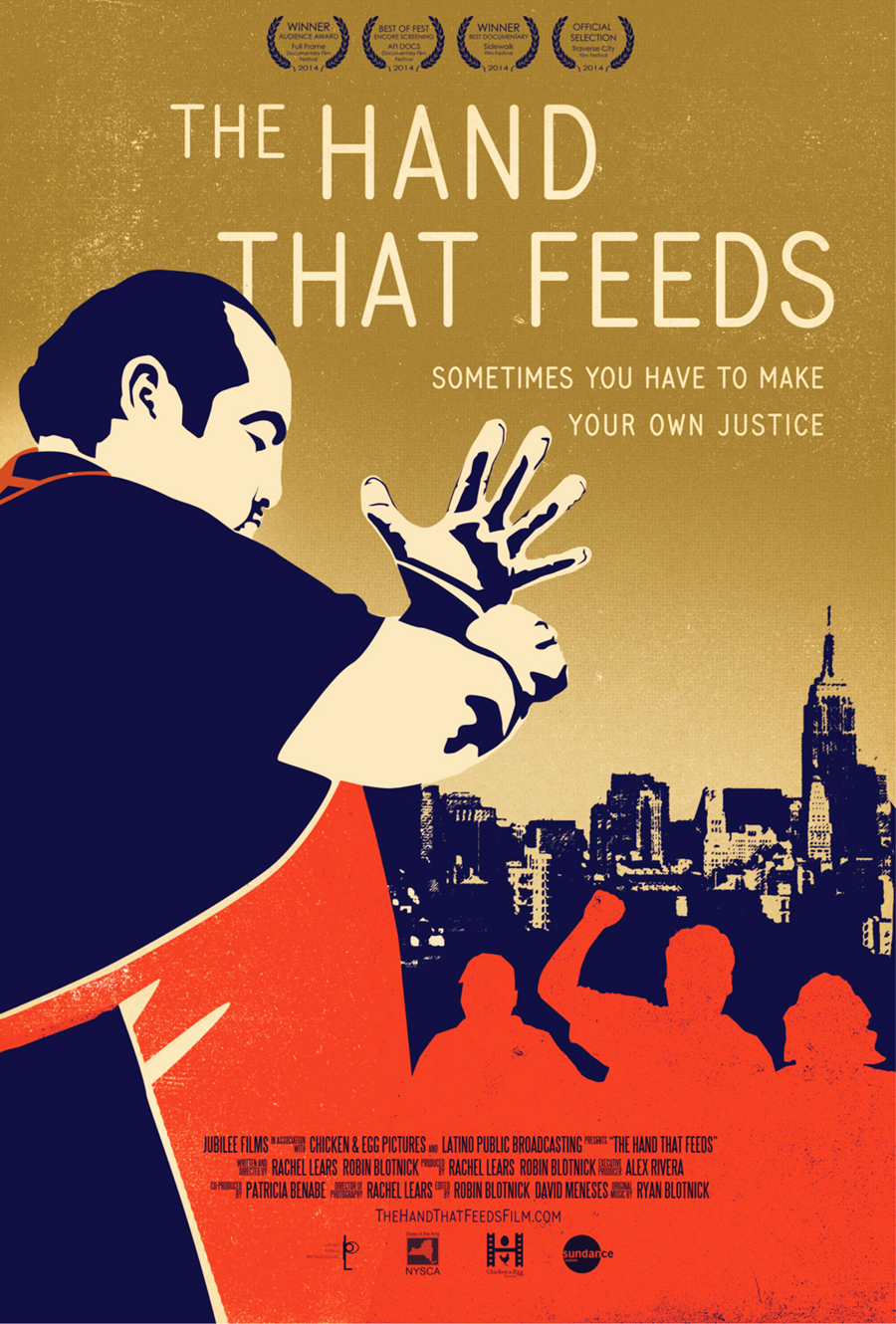 As the campaign to raise wages and the nationwide movement of fast food workers unionizing gains ground, one inspiring story has emerged out of New York City.

“The Hand That Feeds,” a moving documentary that made its west coast premiere this month at the Ciné + Mas Latino Film Festival, chronicles what pushed 23 underpaid fast food workers to take on the Hot & Crusty café at 63rd Street in the Upper East Side of Manhattan.

The film is about transformation, organizing, growth of political consciousness and the realization of personal and collective power. It is about courage, perseverance, and just plain “ganas” (which translates figuratively from Spanish to English as “compelling,” or “deep willpower”) —the kind of drive that compels one to sludge through snow and rain to hold a picket line while fearing deportation and hostility. “Ganas” is what the workers at the Hot & Crusty had when they took on their employer and, against all odds, won a union and fair treatment.

The film documents the sub-par wages workers received, and the broken and dangerous machinery they had to use. They were given no overtime pay, but it was the verbal and sexual harassments from abusive managers that finally pushed this group to take on the café—which belonged to a string of 24-hour franchise cafes in New York City.

“We’re undocumented,” said one worker in the film. “That doesn’t mean they have to profit from our hunger.”

For nearly a year the workers, led by Mahoma López—a shy, unassuming immigrant, who surprised even himself as he grew into his role—organized against the café.

With the support of the Laundry Workers Center and Occupy Wall Street, the documentary chronicles the highs and lows of the campaign, and the eventual victory and formation of the Hot & Crusty Workers Association.

“The workers describe a situation that is completely different from when they started the campaign,” said Rachel Lears, who shares director/producer credits with Robin Blotnick. “They now feel a great deal of respect in the workplace and collectively they have a significant voice in how the restaurant operates internally.”

The 88-minute documentary, shot in color and in gritty cinéma vérité, makes the viewer feel part of the effort.

“There’s no justice unless you make your own,” said López.

But not all agreed with the main organizer.

López’s wife, who fiercely disagreed with her husband’s efforts during the actions admits at the film’s end: “I would tell Mahoma ‘You’re gonna get in trouble, you’re gonna get arrested, you’re gonna get deported,’ and he would tell me, ‘You cannot be afraid to lift your voice or to express your opinion, because you have the right to do it.’”

The documentary had a profound impact on Lears.

“Being involved in the campaign we documented … meant a new level of understanding of community and labor organizing, and the power of targeting concrete changes that make a real difference in people’s lives,” she said. “The story shows what it’s like when people begin to believe in their own individual and collective agency to make change.”

If there’s one documentary you want to put on your watch list, it is this one.

“The Hand That Feeds” by Rachel Lears and Robin Blotnick USA/New York / 88 min 2014 / English and Spanish with English Subtitles.

Later this fall, the producers are launching a Kickstarter campaign to support a limited theatrical release and national tour of the film beginning in February 2015. Check out their website and follow on social media to find out how to bring the film to your town. https://www.facebook.com/TheHandThatFeedsDoc