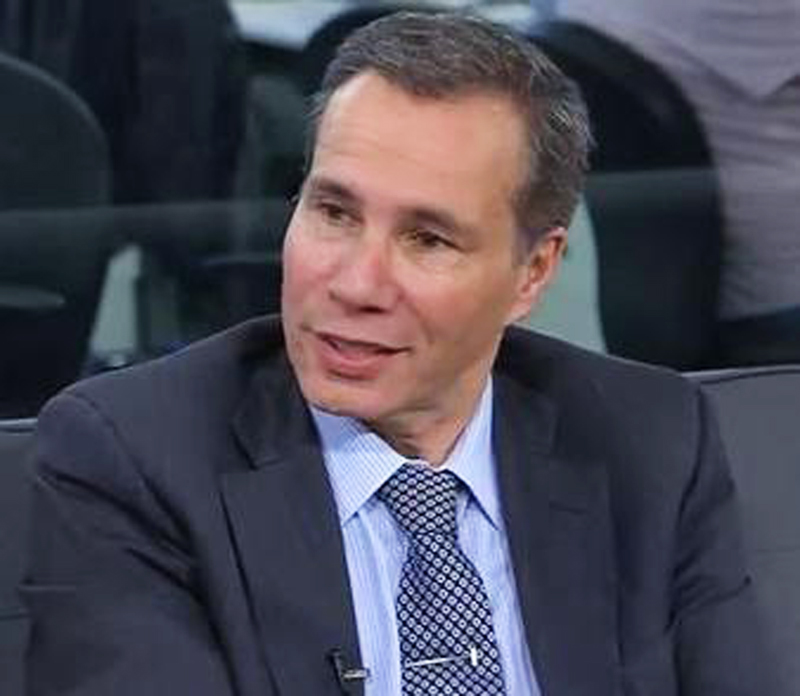 Argentine federal prosecutor Alberto Nisman was found dead of a gunshot wound at his at his Buenos Aires apartment Jan. 18, just hours before he was due in court to present to congress his evidence of a government conspiracy. A Bersa Thunder 22 handgun lay next to him.

It all started in the early 1990s, when then president Carlos Saul Menem, who despite being of Syrian ancestry was labeled as a “Turk,” ruled the country. During his two consecutive terms, the former president was strongly suspected—and later convicted—of gunrunning weapons to Ecuador and Croatia (though he never served out his seven-year prison sentence because of his old age). He was also suspected of: being responsible for several unexplained incidents (including the murder of his own son, Carlos “Junior”); having deep ties to the international mafia; drug trafficking (linked to money laundering from Colombian drug dealer Pablo “El Patron” Escobar); and concealing terrorist attacks.

Under the political context of Menem’s reign, the Argentine Jewish community— the largest in Latin America and the fifth largest in the world—suffered two tragic blows. The first occurred on March 17, 1992, when a suicide driver crashed a Ford F-100 pickup truck loaded with explosives into the front of the building of the Israeli Embassy in Buenos Aires, killing 29 and wounding 242. The second blow was dealt on July 18, 1994, when a car bomb exploded in front of the  Argentine Israelite Mutual Association (AMIA), killing 85 people and injuring hundreds more.

After a decade of neglect, former president Nestor Kirchner appointed Nisman—a Jewish lawyer—as a chief investigator of the 1994 car bombing attack. Nisman’s research determined that Hezbollah and senior Iranian officials were responsible for the attacks, and alleged that Iran retaliated when Argentina cancelled its nuclear cooperation with Iran in 1994. Nisman also concluded that the attacks were covered-up by high-ranking Argentine politicians—including former president Menem and the current president Cristina Fernandez de Kirchner, wife of former president Nestor Kirchner.

In its defense, the government tried to separate itself from Nisman’s death, arguing that the prosecutor committed suicide. But an autopsy ruled that the bullet entered behind Nisman’s ear, which would require an unconventional hand position for someone trying to kill himself. Attention is also turning to Sergio Berni—the state security secretary—and how he appeared at the scene before the police did, allowing him time to allegedly alter evidence that might implicate the president in Nisman’s death.

The suspicious death of Nisman rekindled among locals the sometimes-hyperbolized view that Argentina is a country still in an institutional vacuum, with rare cases of the powerful being brought to justice. Despite trying to differentiate themselves from former president Menem, the Kirchner couple has continued to act as he did— under a cloud of corruption, with pressures imposed on journalism and political opposition, and a lack of any real democracy.

Today the remains of Alberto Nisman rest in the Jewish cemetery of La Tablada, twenty yards from the graves of victims of the AMIA bombing who, after nearly 21 years, are still awaiting justice.