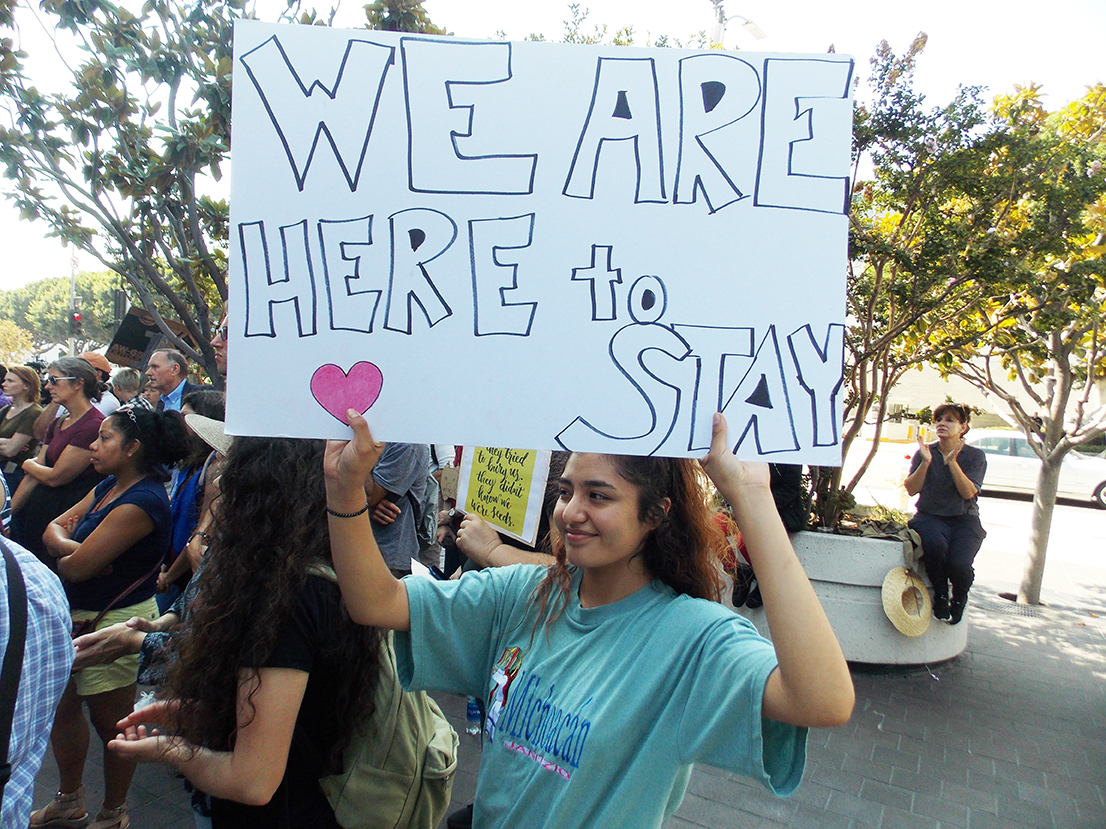 Editor’s Note: This story has been edited by length. The original version of this story can be found in its entirety at  californiahealthline.org

The controversial decision of the Trump administration to eliminate the DACA program did more than put about 800,000 Dreamers under fear of deportation and the loss of their jobs. It is also a threat to the health service of thousands of young people who have this coverage as a job benefit or income level, as they qualify for the Medicaid program in California and several other states.

«I’m very upset,» said Paulina Ruiz, who is an organizer for the Los Angeles Immigrant Rights Coalition and lives near the city. «I do not know what will happen to my health.»

According to Trump, the program, which began under the Obama administration in 2012, rewards offenders who harm Americans by taking their jobs and reducing wages, a claim some economists refute . Attorney General Jeff Sessions said Tuesday that the program was unconstitutional because it was a unilateral executive action on a proposal that had been repeatedly rejected by Congress.

Trump, who has suggested conflicting feelings about DACA, left the door open for Congress to change. According to The New York Times , the president said «I feel love for these people, and I hope Congress can now help and do the right thing.» But the newspaper said the president did not call for bipartisan legislation to restore his protections.

DACA allows immigrants between the ages of 16 and 31 who were brought to this country illegally as children, receive work permits and obtain temporary protection against deportation. Those who qualified were excluded from receiving federal health benefits through Medicaid, Obamacare insurance markets, and other programs.

Many DACA recipients now have jobs that provide them with health insurance. In addition, California, New York, Massachusetts, Minnesota and the District of Columbia have used their own financial resources to cover low-income Dreamers through Medicaid, according to Tanya Broder, a labor lawyer for the National Immigration Law Center.

It is estimated that 367,000 people qualify for DACA in California , and there are 220,000 beneficiaries in the state, the largest number in the country. Those who meet income requirements – 138% of the federal poverty level or $ 33,534 for a family of four – may qualify for coverage under a category called «Permanently Residing in the United States under Color of Law.»

That coverage is now in jeopardy. In California, those at risk of losing Medicaid are 19 or older, as the state, through another law, decided to cover all low-income children up to the age of 18, regardless of their immigration status .

«No one will immediately lose coverage in the Medi-Cal program,» said Ronald Coleman, director of government affairs at the California Immigrant Policy Center, an immigrant advocacy group. But Coleman is worried about what will happen after March 5, when the DACA protections are over.

The Department of Health Care Services, which oversees Medi-Cal, was contacted on Tuesday, September 5 and did not comment on the issue.

Marielena Hincapié, executive director of the National Immigration Law Center, told reporters on a conference call the same day, fearing that DACA beneficiaries would begin to lose their health insurance. She also expressed particular concern about the effect of the president’s decision on the mental health of DACA beneficiaries: «The need for mental health services will simply be greater,» he said.

In downtown Los Angeles, Tuesday, during a protest against that decision, 19-year-old Jocelin Reyes, who will begin studying at the University of California-Santa Barbara, remarked the same thing: «Many people do not understand how much fear we had «Of being deported. Now his fear has tripled.

Another DACA protester and beneficiary, María García, 22, said that losing her job as a hotel receptionist would mean the end of her health insurance: «If they take away my DACA, they will fire me,» he said. «And then, what am I going to do to get health insurance?»

State Sen. Ricardo Lara (Democrat of Bell Gardens) said ending the DACA would only harm «the well-being of these compliant American children,» and they   would have to end up going to expensive emergency rooms for medical care.

«We have to respond to this call to ensure that our students and DACA workers are not displaced,» he said.

«Our nation’s health care system has the highest percentage of foreign-born workers, and trained foreigners compared to any industry in the country. Already facing a national shortage of physicians and other health professionals, DACA revocation could also undermine patient care and disrupt medical schools and hospitals for decades, «said Ruth E. Haskins, president of the California Medical Association, it’s a statement.

This story was produced by Kaiser Health News , which publishes California Healthline , an editorially independent service of the California Health Care Foundation . Ana B. Ibarra contributed to this story.