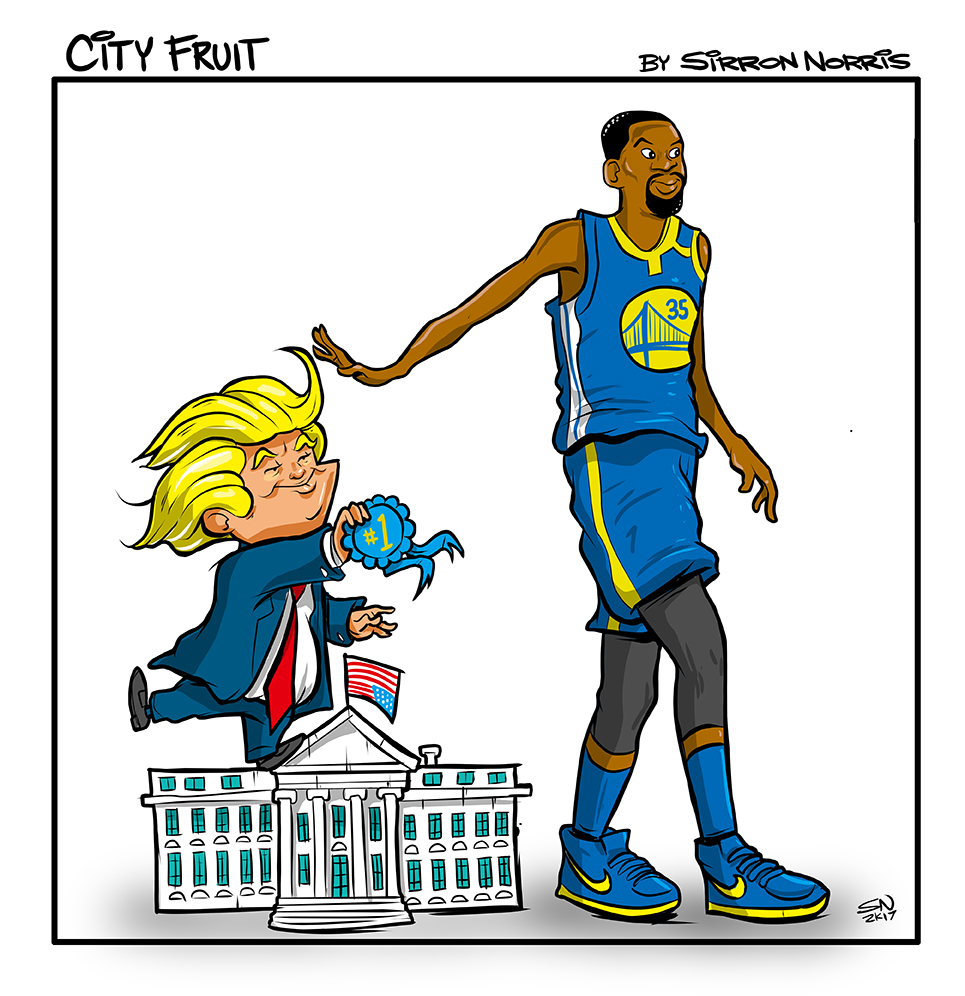 Right after the Golden State Warriors won their second championship in three years, the speculation began: Should they accept an invitation to the White House?

For quite a few years now, sports teams, professional or amateurs (or semi-amateurs, as the case is with college teams), are invited to a ceremonial photo-ops with the president. According to ESPN Sports, that started in 1865 when Andrew Johnson welcomed the Brooklyn Atlantics and the Washington Nationals baseball teams.

It has not always been smooth sailing. Not everyone who was invited actually accepted. Some clearly expressed that they would not attend  because they disagreed with who was occupying the White House at the time. Recently, Tom Brady of the New England Patriots football team, alleged the always popular “family reasons.” In 1991, the famous Michael Jordan, the basketball player from the Chicago Bulls, excused himself from visiting the White House, when it was occupied by George W.H. Bush. Jordan’s reason was that he “wanted to play some golf.” Sure!

I thought about this last Saturday, when I attended the yearly “Tommie Smith Youth Track Meet” at U.C. Berkeley. I was there to cheer for my nine year-old grandson Jiancarlo, (winner of the high jump and the 800 meters!), but I also wanted, if possible, to have a chat with the iconic sprinter Tommie Smith. After all, I had the honor of running against him in 1967 and 1968, when I ran for U.C. Berkeley and he ran for San José State.

Tommie Smith and John Carlos, are two former members of the USA Track Team. In 1968, during the Olympic Games in Mexico, they famously raised their gloved fists and bowed their heads during the playing of the national anthem. The media called it “a Black Power Salute”, although Smith later called it “a human rights” salute. Many called it  perhaps the most overtly political statement in the history of the Olympics.

Because of that gesture, Smith and Carlos, as well as the second-place finisher, the Australian Peter Norman, were the recipients of strong criticism, sanctions and even death threats. Many demanded that they should apologize. They never did.

As time passed, that action has taken a well-deserved place as one of the most important and positive statements in the ugly, contentious and still untold history of racial relations in the United States—one among many statements. Smith and Carlos stood with their fists up in the air, heads bowed; Rosa Parks refused to give up her seat; Colin Kaepernick, the former Santa Clara 49er’s quarterback sat (and then kneeled) during the national anthem. All were simple physical gestures, but there was nothing simple in them when we add the context in which they took place.

Caille Millner, a columnist for the San Francisco Chronicle, recently wrote about the way time (as in the case of Smith and Carlos…and I will add Rosa Parks to the list) has helped to change the narrative, from an initial rejection to an eventual admiration for the courage that it took to stand, or to seat, for what you believe.

Millner predicts that Kaepernick, who is currently being negatively judged and has not been hired by any team—in spite of his obvious talent—will eventually be vindicated by history. Fidel Castro famously said (about himself): “History will absolve me.” The same will happen to Kaepernick. Time is on his side. Yes, it is!

I want to share with you a story of a time when I dared. I was fifteen years old, representing Chile in Paraguay, in an international tennis tournament. Paraguay was then living (or surviving, rather) under the dictatorship of Alfredo Stroessner, who established a 35-year long reign of terror, from 1954 to 1989. Stroessner was a rabid anti-communist, of course supported by the United States, which has rarely missed an opportunity to be on the wrong side of history, as far as Latin America is concerned.

All the delegations were invited to the presidential palace, where a lavish reception awaited.

Although only 15, my political awareness was growing. I thought about the possibility that I might have to shake hands with that despicable dictator and I decided that I could not attend. I lied and said that I was sick.

I remember being afraid, that somehow everyone would see through my flimsy excuse, but nothing happened. Perhaps it was thought that I could not possibly be making a political statement. After all, I was an athlete and sports and politics are not supposed to mix.

Just recently, one of my sisters, Ana María, told me that she had a similar experience. She was the captain of the Chilean volleyball team and found herself in Paraguay, a few years after me.

Stroessner, appeared in the opening of the tournament. All the captains were given flower bouquets and they had to advance, one by one, and present them to the “Generalísimo.” All did, except my sister. When her turn came, she simply stood there and played deaf and dumb, clutching that bouquet to her chest, looking straight forwards, not moving, although I am sure that her heart was beating faster than usual.

Last Saturday, I asked Tommie Smith how had that gesture, the fist raised and the head bowed, marked his life. “It was not easy at first, but my life changed, for the better. Now, I am constantly invited to speak, I travel the world over, I am a role model to so many people.”

What will the Warriors do? Hopefully, they will be true to themselves. Time will be on their side.