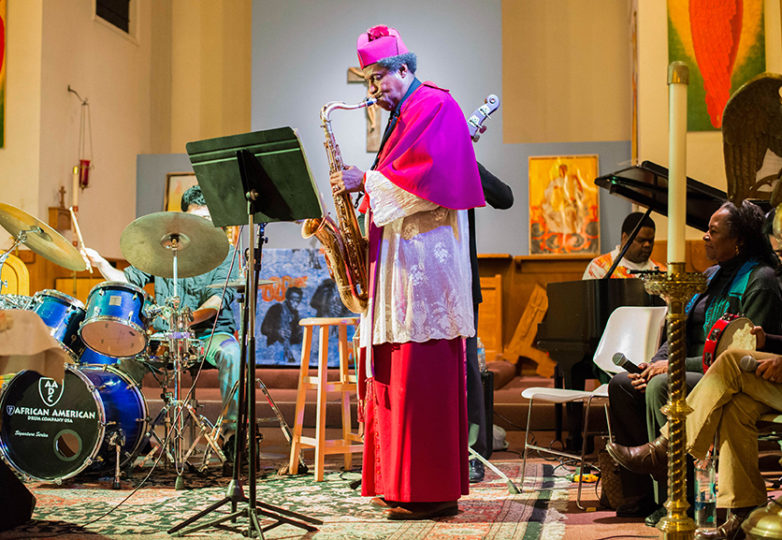 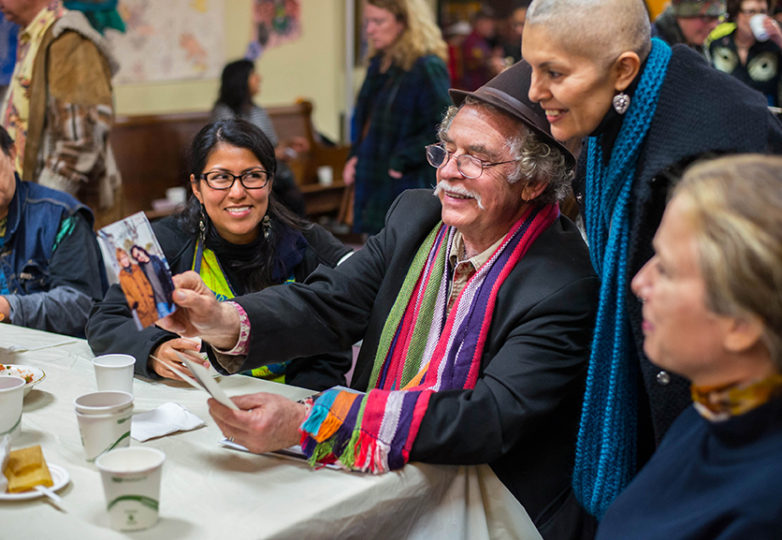 A few days after the election of our Pussygrabber in Chief, there was a rather compelling gathering of San Francisco officials, including some members of the Board of Supervisors, the sheriff, some clergy, plus various “commoners.”

Under the awesome City Hall rotunda, our slippery mayor, Ed Lee, seemed to relish the opportunity to stand firm in front of “the people,” without being booed.

In fact, he sounded something like a modern-day Saint Francis, mixed with Che Guevara. “We have been and always will be a city of refuge, a city of sanctuary, a city of love,” said the mayor. Following his cue, City Attorney Dennis Herrera promptly sued the administration of “the least racist man you’ve ever met,” over its plan to financially penalize cities that provide sanctuary to undocumented immigrants.

San Francisco has approximately 30,000 undocumented residents, “many of whom are living in fear about federal raids beginning in their communities,” according to Herrera. Thus, all of this love shown by city officials should sound good, right?

Well… there are some bits of reality that cloud that rosy picture of compassion. Life is a complicated succession of up and down waves, that come and go in a sea of contradictions. With that in mind, I will highlight the good, the bad and the beautiful in reference to the sanctuary issue.

First, for the good angle, secular and religious organizations all over this country have a chance (some would call it a duty) to take a firm defensive stand in these rather rough times for immigrants. Today, as I write this column, there are more than 800 places of worship nationwide—from various denominations, including synagogues—that have declared themselves sanctuaries for undocumented immigrants.

San Francisco has been a sanctuary city since 1989, when many people from El Salvador, Guatemala and Nicaragua came to the city in order to escape the violence of civil war. Recently, Kris Kobach, the top immigration adviser to The Twitterer in Charge and co-author of Arizona’s controversial 2010 immigration bill SB 1070, recently said: “They’re (the sanctuary cities and mayors) just thumbing their noses at federal law and putting their own citizens in danger. Trump has made it very clear he cares about the victims of these illegal sanctuary cities.” Thus, the reaffirmation of sanctuary status in San Francisco is good and it can serve as an example for other cities.

As per the bad, the continuous, never ending transformation and gentrification of the city due to a real estate boom gone bananas, provides the example.

Just last week, Sheriff Vicki Hennessy proceeded to evict one of the oldest and longest residents of the Fillmore District, which was renamed Western Addition by the forces of “progress.” Iris Canada, an African-American woman, who is 100 years old and has lived on her rented apartment for 70 of those years, was simply locked out of her home in the name of private property and profit—the most basic religion of the system.

Semantic nuances have been used in defense of this indefensible action. “The Law,” that long-lost relative of “Justice,” is again quoted as the supreme arbiter in defense of landlords, and of Hennessy’s action. Nevertheless, the whole thing smells to high heaven… we hope. (At least the heavens should hear the cries and smell the foul odor.)

This is not how a compassionate city of sanctuary should function. To be sure, Hennessy stood outside of her office and took the loud criticism from housing activists. She said she was sad about this eviction, but did not want to risk being accused of contempt of court. Compassion begins at home, right?

U.S. Intervention in Cuba is Imperialism

So, Iris Canada a member of the city’s dwindling African-American population  became another victim to the changing winds of this city of refuge (city of refuse may perhaps be a better title?). Her eviction debunks those feel-good declarations of solidarity made by Mayor Lee and others.

But I promised the beautiful in reference to this subject and here it goes: Last Friday, Feb. 17, in another place of worship, that is the Saint John Will I Am Coltrane Western African Orthodox Church, Jurisdiction West, or the Church of John Coltrane for short, many of us gathered to celebrate the life of Michael Roman. Michael recently left this earth and is now, most certainly, silk-screening and stenciling “on the Other Barrio,” as poet laureate Alejandro Murguía called the other world, or “Más Allá.”

It was indeed an amazing night of shared memories, color and music. I am not a church-going person, but I was very happy to be there that night, listening to the Coltrane-inspired music and to many personal accounts that related how deeply Michael had touched us. All around the room, his artwork graced the walls and many of those in attendance wore pieces of clothing that Michael had intervened creatively with his varied and wondrous images.

Thus, the column about sanctuary ends with the reference to that celebration, where we felt in touch with the true meaning of the word sanctuary.

In these harsh times, we are all in need of sharing places and events that will make us feel protected and enlightened. The power of A Love Supreme can inspire us all.