Alameda dance studio spreads the Spirit of Aloha through Hula 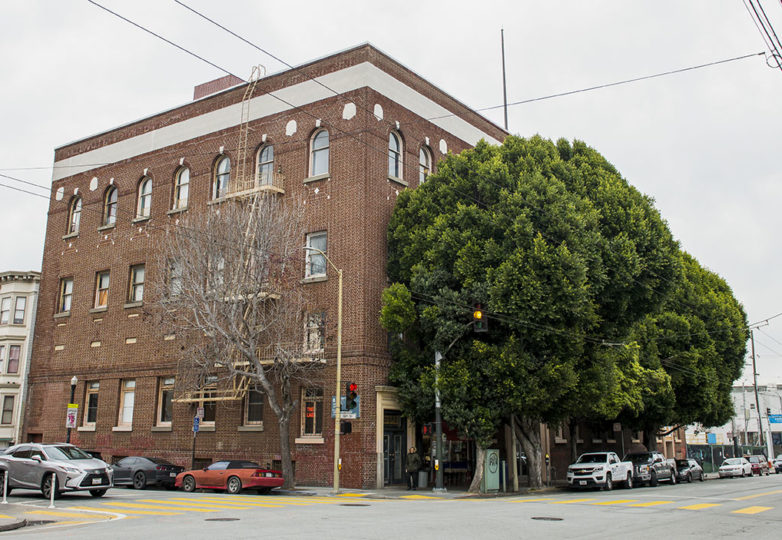 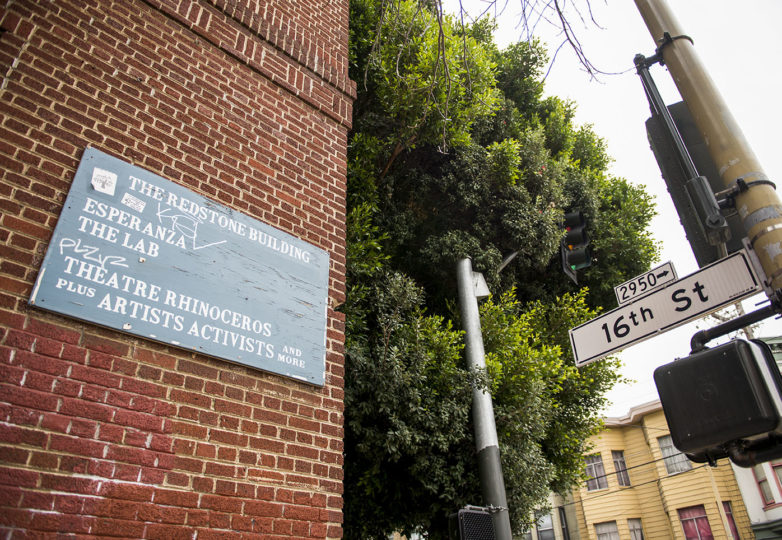 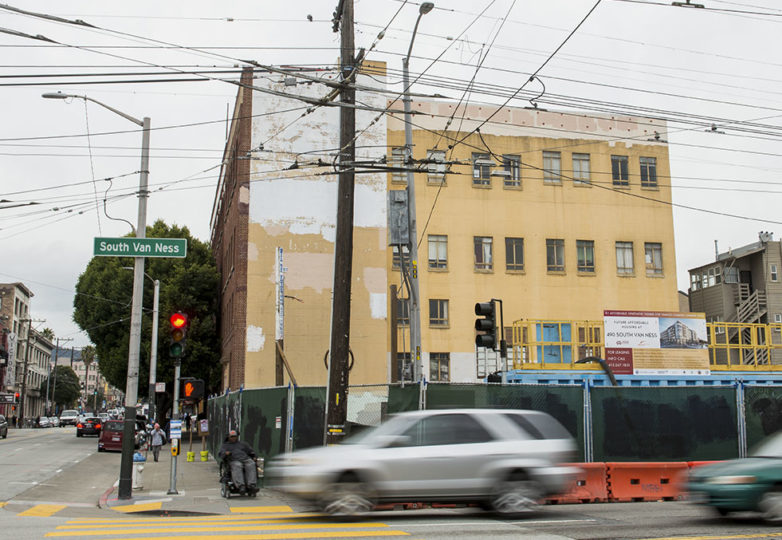 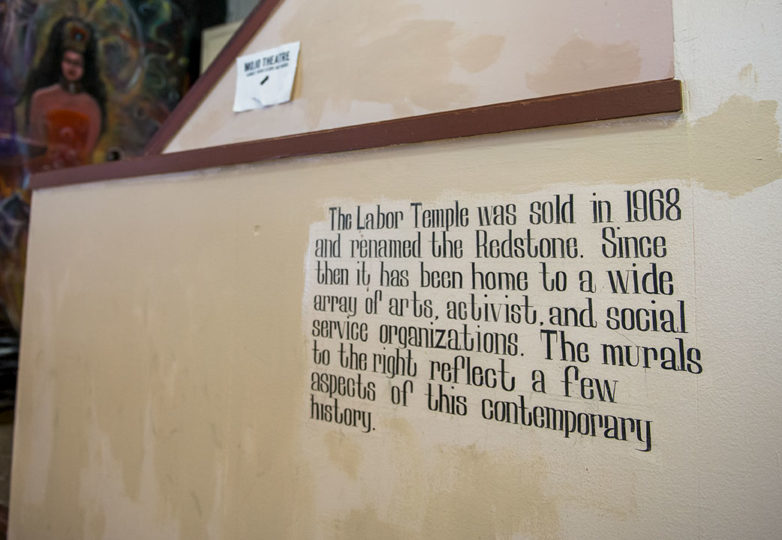 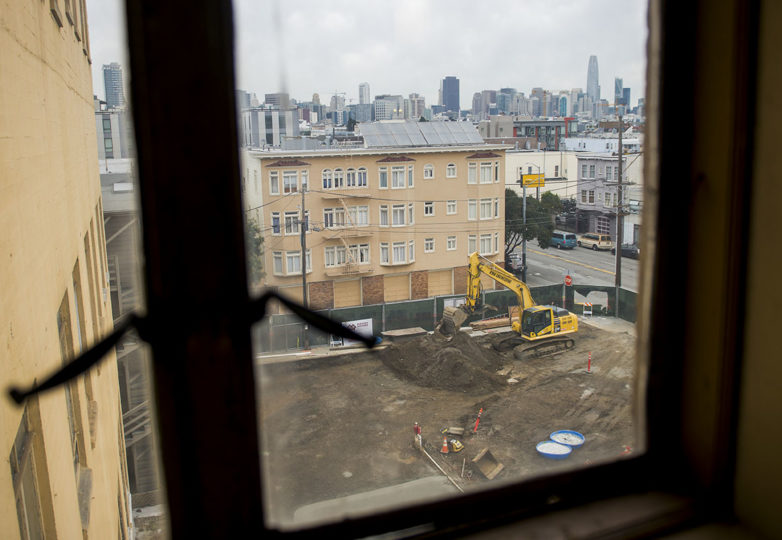 A view from the window of the Redstone Building at 16th Street and Capp Street in the Mission, Feb. 12, 2019. Photo: Beth LaBerge 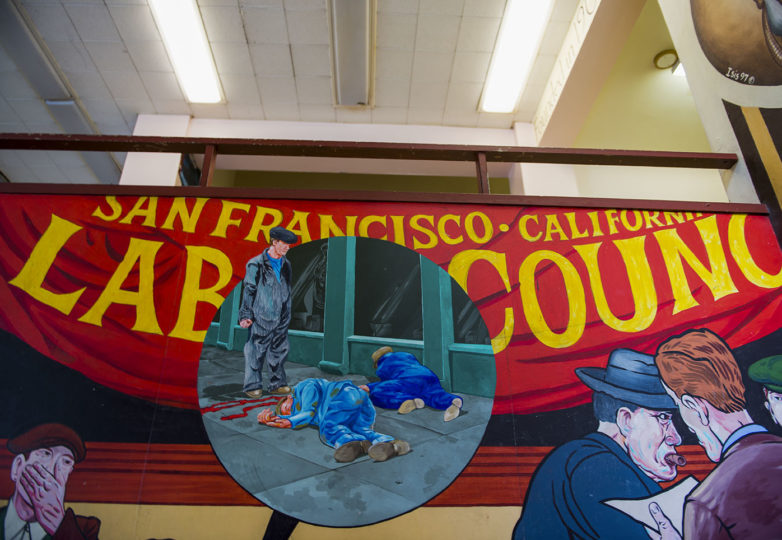 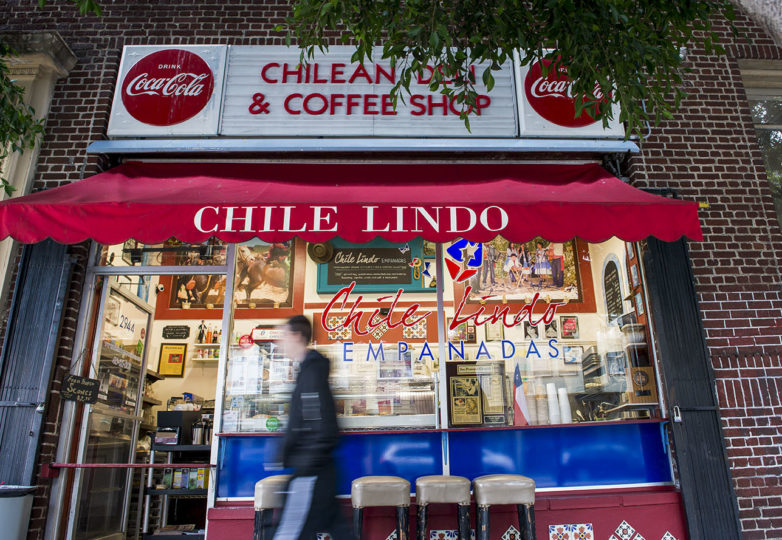 Chile Lindo, seen on the side of the Redstone Building, formerly known as the Redstone Labor Temple, at 16th Street and Capp Street in the Mission, Feb. 12, 2019. Photo: Beth LaBerge

Ever since the historic Redstone Building at 2944 16th St. (near South Van Ness) went on the market in 2018, The Mission Economic Development Agency (MEDA) has been in negotiations with its owner to purchase it.

Despite the financial challenge, MEDA—a nonprofit organization that assists low- and moderate-income Latino families in the Mission—has devoted itself to keeping the building in the hands of the tenants who currently occupy it.

“Nonprofit MEDA is pursuing a financing strategy to purchase the Redstone and keep all current tenants in place at affordable rents,” MEDA Director of Community Real Estate Karoleen Feng said in a statement. “However, the owner’s current asking price does not corroborate our anti-displacement objectives or financing plan.”

The Redstone Building has a deep and rich history in the Mission community, primarily with workers rights issues. The three-story 50,000 square foot building, formerly known as The Redstone Labor Temple, has been a hub for labor since it first opened in 1915. For decades its primary tennant was the San Francisco Labor Council. The building housed 22 labor union offices as well as numerous meeting halls. Today, many of the building’s current tenants provide essential resources for some of the city’s most underserved communities.

“We’re really one of the last places of its kind. There’s no other place like this in the city, at least not in this scale,” said Gary Gregerson, president of the Redstone Labor Temple Association. “It’s really the heart of community organizing right now.”

There has been speculation that New York City-based officespace giant WeWork is among the list of potential buyers. If the building is sold to a for-profit company such as this, it would be the end of its history as a gathering place for community members, most (if not all) of whom would have to move elsewhere—likely out of San Francisco entirely.

Karl Kramer, who is the campaign co-director for San Francisco Living Wage Coalition, says that many of the former tenants who have recently moved out of the building, are not finding spaces available in the city.

“What we’ve seen is that a number of the organizations that used to be here, moved out and have not been able to find a space in San Francisco,” Kramer said. “They have moved to Oakland.”

Jessy D’Santos, who is the director of el/la Para TransLatinas, a program located in the Redstone Building that provides services for transgender Latinas, says the building and its location is crucial. The accessibility of the building’s location makes it easier for the program to reach the people they want to help.

“We have been here for 13 years, so it’s so important that we stay here. We have people that come from other counties and states because of the resources that we have here,” D’Santos said. “If we lose this space, the transgender [community] will be in a bad situation.”

Kramer believes the impact that the Redstone Building has had on social issues in San Francisco over the past century cannot be overstated. In an increasingly gentrified Mission District, the building is one of the last stands by community members keep the culture and people that make the neighborhood so unique.

“[It] has basically been a bastion of social and economic justice organizing,” Kramer said, adding that were it sold, “It would be a loss for the Mission, and the progressive movement around the city.”

Redstone tenants will have to wait at least until March, when negotiations resume, to find out if and to whom their building will be sold. The sale has been pushed back before, so tenants are not holding their breath. But they are carefully watching the situation progress from a safe distance while MEDA handles negotiations.