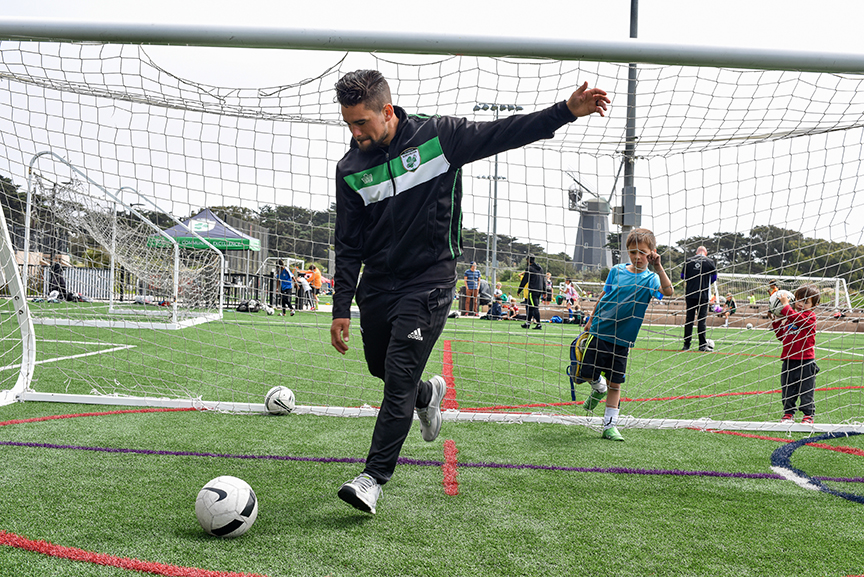 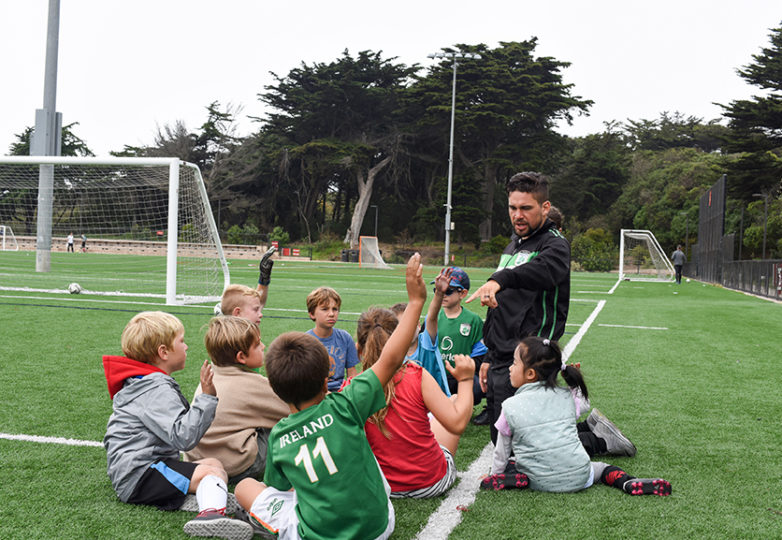 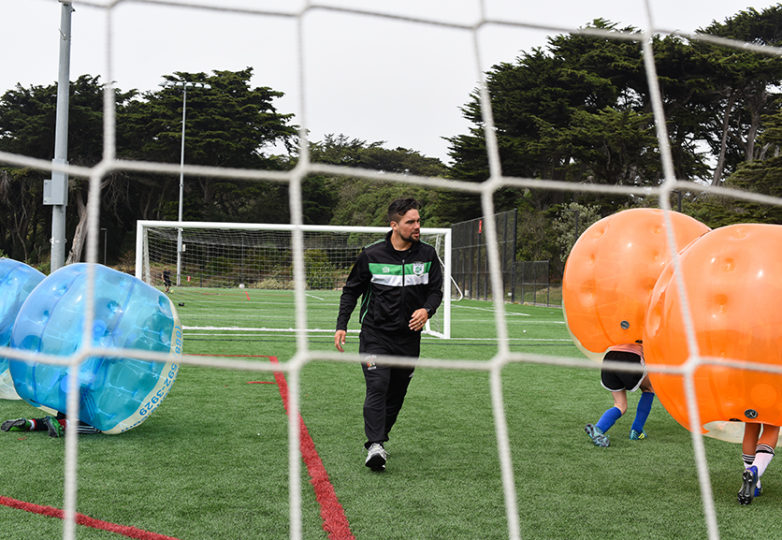 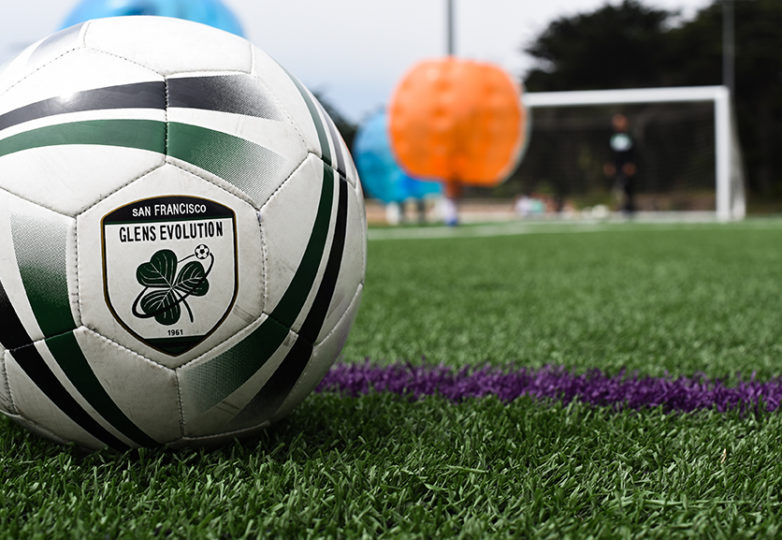 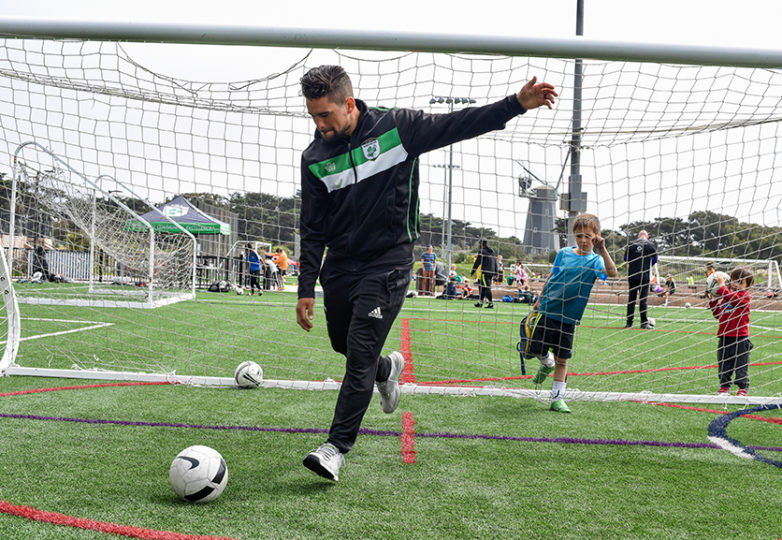 But there is one word used by most everyone: loyal.

A San Francisco native and son of a Salvadoran father and French-Canadian mother, Cordova was a standout soccer player at Burton High School and has been involved with helping grow the soccer scene in San Francisco since 2010, when he joined the San Francisco Glens as both a player for its “first team” and a youth coach for the club’s youth league, SF Glens Evolution.

“You really just can’t get much more ingrained in the soccer community than Steve,” said J. Ramon Estevez, president and general manager of the Glens Premier Development League  first team and executive director of club operations for SF Glens Evolution.

Cordova not only coaches multiple Glens youth teams, but works as an assistant coach at Skyline College and St. Ignatius High school, where his St. Ignatius varsity team won the Division I NorCal title this year and can boast it is ranked fourth in the nation.

If he were the type to do so, Cordova could also boast about becoming the Glens first Premier Development League signing back in March.

Gabe Saucedo, the man who originally scouted a 17-year-old Cordova to play for him at City College of San Francisco (CCSF), called Cordova, “smart, athletic and powerful,” and “an explosive player that makes good runs.”

Saucedo is now head coach at Skyline College and an assistant coach with the SF Glens first team. He is also Cordova’s boss at Skyline and coach when Cordova plays for the Glens.

“He is a player that is capable of doing whatever he wants,” said Saucedo.

Despite this, the 30-year-old Cordova isn’t trying to go pro. He has a different goal in mind now.

Cordova claims that when he was younger, the city lacked the necessary infrastructure and resources to support a soccer community. As a result, many good players might have been missed because they weren’t aware of their options or of different teams to play on.

“I’m really just trying to guide kids,” said Cordova. “That’s what I remember the most, is that I wish I had a little bit more guidance. If I would have met Gabe [Saucedo] in high school and he would have put into my mind, soccer and college and try[ing] harder in school, it probably would have worked.”

Thanks to their merger with Evolution SC in 2015, the Glens now have the largest number of youth teams across the Bay Area. There are more than 80 Glens Evolution youth teams, from youth recreation squads to U.S. Development Academy U-12 squads. The club also has more than 1,500 players according to its website.

Estevez, the club’s president, shared in an email that about half the club’s players identify as Latino or as a minority.

Estevez is Latino, as is Javier Ayala-Hil, the club’s first coach. In making Cordova their first signing, the Glens have found the natural link from their academy and youth programs to their first team.

“There was no better candidate to symbolize a bridge between the youth club and what we want this new PDL franchise to be, than Steve,” said Estevez.

A Statement on Super Bowl LIV: We are not your mascot

“He’s born and raised in San Francisco and has the credibility of someone who has lived the soccer experience here,” Estevez continued. “He was a top player in the city at a young age, so he has the respect of his fellow players, both young and old. As a coach, he’s been with the Glens … Evolution since its inception in 2010. He’s been a big part of the club growing from four recreational teams to 80.”

Cordova’s playing exploits have captured the imaginations of the young players under his care, who regularly go out to their coach’s games to cheer him on.

For the Glens’ home opener at Boxer Field, a full row of young players congregated close to the home team bench, hoping to wish their coach luck and see him in action. All but one had played under Cordova.

Estevez shared that some families had travelled as far as San Diego to support the player-coach for his away games. “He’s built genuine connections with these families. That’s how beloved and respected he is by the greater Glens community,” said Estevez.

“We hope the PDL franchise can also serve as inspiration for kids throughout San Francisco and the surrounding communities.”

The Glens might be seeing the fruits of their labors already. Two academy products will be training with powerhouse Scottish champion Celtic FC thanks to an official partnership between the two clubs.

The club also made Adrian Medina, a product of its partnership with Bay City FC, the first player to be signed from the Glens’ youth club to the PDL first team.

For Cordova, a man who has the stated goal of “trying to build a soccer culture in San Francisco,” these are important first steps toward a professional club in the City.