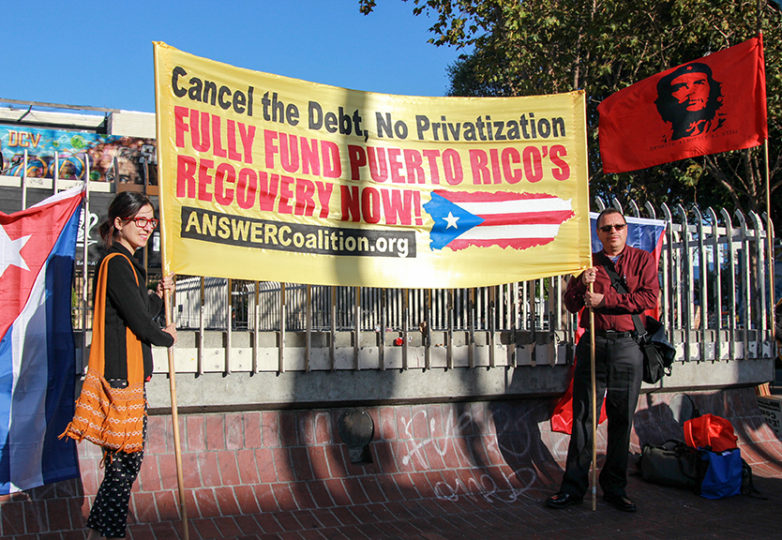 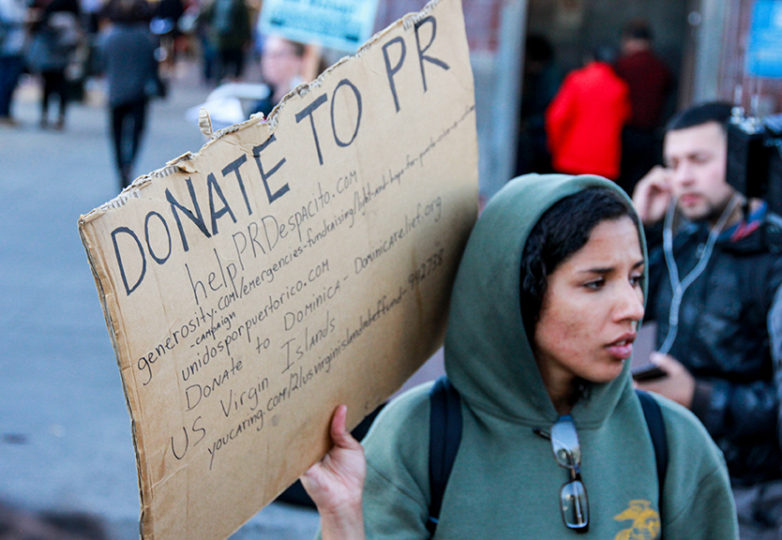 A person attending a Solidarity Rally with Puerto Rico in San Francisco holds a sign with links for how to help Puerto Rico on Oct. 3. Photo: Adelyna Tirado 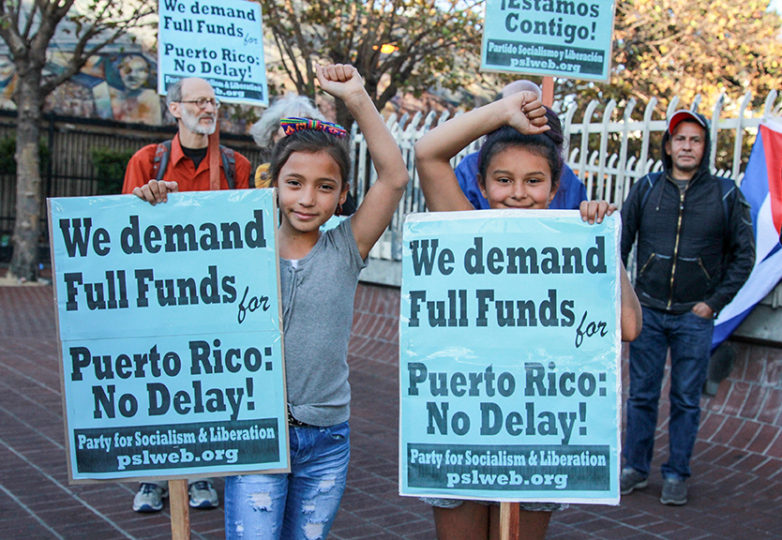 Cousins Liliana Aviles, 10 (left) and Anina Pascasio, 8 (right) pose for a portrait showing their support for Puerto Rico during a Solidarity Rally with Puerto Rico on Mission and 24th streets in San Francisco on Oct. 3. Photo: Adelyna Tirado