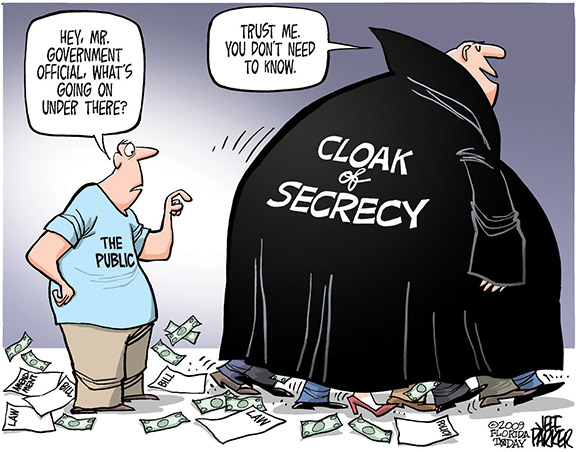 A provision empowering the Board of Supervisors to amend San Francisco’s voter-enacted government-transparency law, the Sunshine Ordinance, is prompting at least two journalist organizations to oppose a city charter amendment dubbed a “Privacy First Policy” that will appear as Proposition B on the local ballot this November.

Ordinarily, only the voters may amend voter-passed ordinances.

The measure is billed as a precursor to ordinances barring city contractors and business licensees from passing customers’ personal data to utilities, social media and other companies and individuals that mine such information for profit or more nefarious purposes.

While the Society of Professional Journalists, Northern California chapter, and the Pacific Media Workers Guild (The NewsGuild-CWA Local 39521) laud that intention, they warn that the board-empowerment provision would open the door to the ordinance being legislatively weakened and because it is locked into Proposition B, they feel compelled to oppose it.

They also caution that the measure would not in itself be a law; it would merely set guidelines for a set of ordinances to be enacted by May 31, 2019 and it is reasonable to assume that supervisors and the mayor would come under heavy pressure from the tech industry. (Disclosure: This writer is active in both organizations.)

The measure would add Section 16.130 to the Charter, the city’s supreme body of law, its counterpart to the federal and state constitutions. Subsection (i) of the text would authorize the board to amend voter-passed privacy, open-meeting and public-record ordinances in a way “not inconsistent” with their intent or purpose.

On the stump and in meetings with SPJ NorCal and other sunshine advocates, District 3 Supervisor Aaron Peskin, Proposition B’s chief sponsor, and his legislative aide Lee Hepner have argued that the “not inconsistent” clause would limit the board to strengthening the ordinances.

But the word “strengthen” does not appear in the provision.

Moreover, determining whether amendments met the “not inconsistent” criterion would be a subjective exercise, and the job would rest with the city attorney, who sunshine advocates say would be conflicted as the person charged with defending officials and agencies accused of violating local and state open-meeting and public-record laws.

Essential, Sick and Marginalized: Latinx people represent nearly half of all COVID-19 cases in the City

In addition, legislation amending the ordinances would need to go through the mayor, and current Mayor London Breed has shown a strong dislike of sunshine laws; her record of compliance therewith is far from exemplary.

And if anti-sunshine supervisors regained a majority on the board, they would not view the “not inconsistent” clause as a hurdle to weakening the ordinances. They could for example change the composition of the city’s open-government watchdog commission, the Sunshine Ordinance Task Force, so they could stack it with members likely to let violators skate.

Hepner and this writer are former members of the task force.

In short: Government transparency advocates say Proposition B guarantees none of the protections its proponents advertise, and the provision allowing the board to tamper with the Sunshine Ordinance is a pill poisonous enough to make the measure unacceptable.