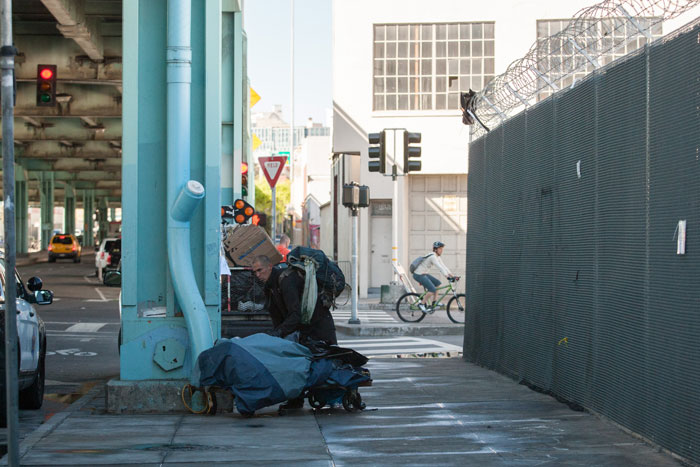 District 9 Supervisor David Campos declared a state of emergency on homelessness at a press conference on March 8 in front of the Mission District’s Navigation Center, located at 1950 Mission St., between 15tth and 16th streets.

Urging that more needs to be done about the state of homelessness in the city, Campos proposed tackling the issue through city policy or by constructing more centers like the Navigation Center.

The Navigation Center, which has served more than 212 people since its debut in March 2015, is designed to help homeless people find permanent housing. The center holds 75 bed spaces and unlike other shelters, doesn’t limit the amount of possessions a person can bring and also allows pets into the building.

Former District 8 Supervisor Bevan Dufty and Jennifer Friedenbach, the director of Coalition on Homelessness, have also urged the public to take a stand.

The goal is to have six Navigation Centers built within the year, three of which must be built in the next four months, according to a press release from Campos’ office.

Although no locations have yet been identified for construction, Campos suggested that the money needed to build the centers (approximately $3 million per center) come from the emergency fund that’s usually reserved for disasters and floods and earthquakes as well as a budget plan proposal after the legislation passes.

“At some point we talked about the idea of leveraging public funds with private funding and I think that’s a good idea, but we shouldn’t have to hold our breath until private funding comes,” Campos said. “We are better off financially by acting now. It’s also the right thing to do ethically.”

Friedenbach stated that the previous policies made to aid homelessness have not only failed in fixing the problem, but have also dehumanized the people who are homeless.

“We have policies that say that we make it as uncomfortable as possible for homeless people, so that they will disappear,” Friedenbach said.

Beside the construction of a Navigation Centers, Dufty asks that we see the state of emergency of homelessness not only as an emergency for the city, but more as a humanitarian emergency.

Once homeless Latina now a resource for the homeless, undocumented