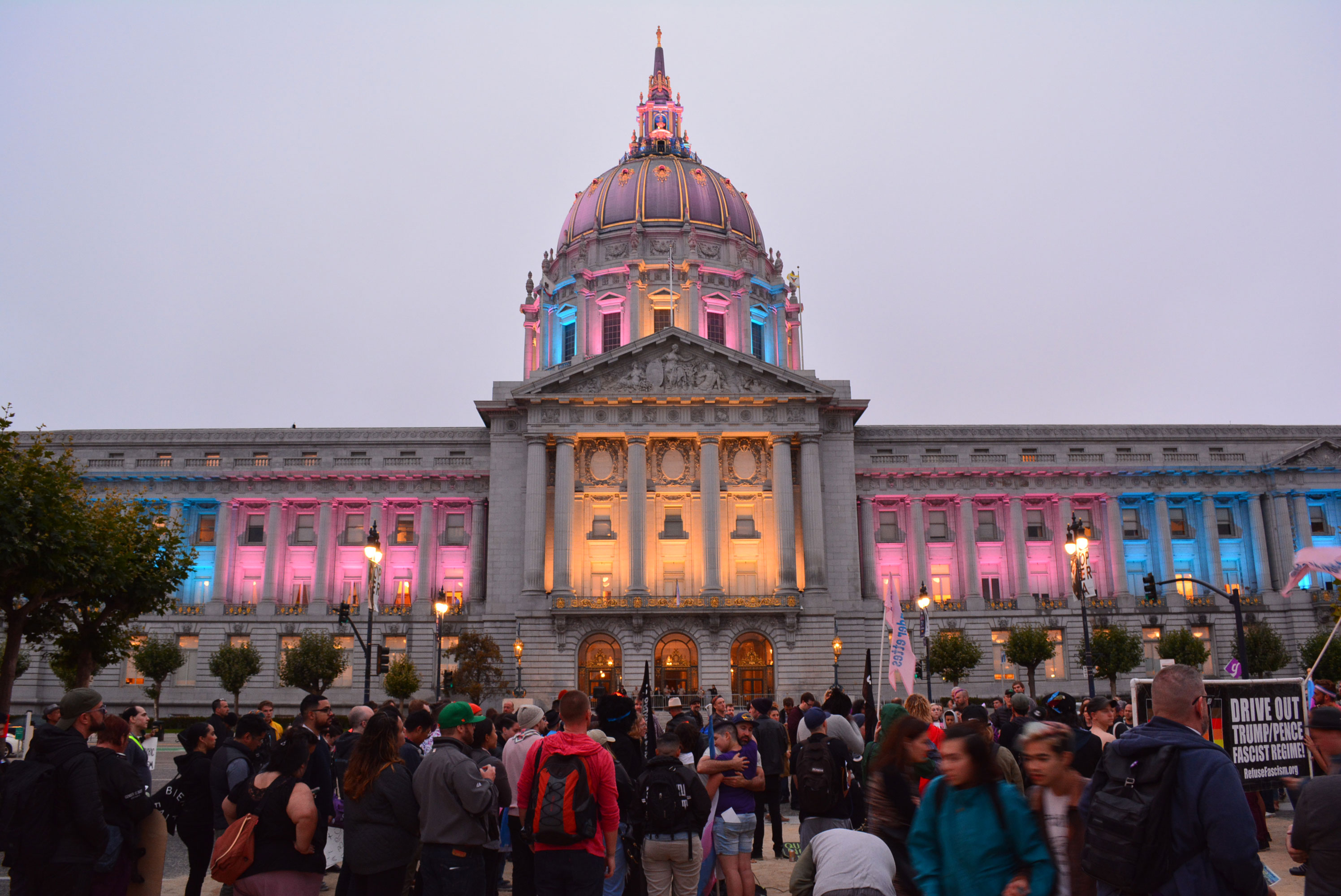 An X-rated issue: the Xploration of ‘Latinx’

On the morning of July 26, Americans with smartphones were greeted by multiple notifications announcing President Donald Trump’s intent to ban transgender people from the military. A Facebook group known as “The Resistance” quickly took to social media to announce it would host an “emergency protest” in the Castro.

“After consultation with my Generals and military experts, please be advised that the United States Government will not accept or allow Transgender individuals to serve in any capacity in the U.S. Military,” the president tweeted.

The protest took place at 6 p.m. that evening at Harvey Milk Plaza, at Market and Castro streets. The demonstration filled the streets of the Castro, where trans men and women showed their disapproval for this administration, which continues its intolerance.

“When trans rights are under attack what do we do? Stand up fight back,” chanted those in attendance. One protester who spoke in front of the growing crowd at Harvey Milk Plaza—and who admitted to being  “f***ing pissed”— was Kody Horton, a disabled transgender veteran living in San Francisco.

“I did not put my life on the line to get shit on,” Horton said. “I was one of those people that enlisted to get an education and to get away from a sh**ty family. I also want to say that one of the things that stuck out to me when I enlisted was that I swore to uphold and defend the constitution. Myself and other LGBT veterans and other LGBT active members have sworn and have put their asses on the line for this line and the constitution. And all I ask, is for the Goddamn same rights that we protect your asses from. We want the same.”

A transgender woman, who was dressed as Supergirl, compared the Trump administration to Lex Luthor, the villain from the Superman comic series. She chanted “Lex Luthor must go!”

“I’m so tired of people in or out of our communities telling us who we are and which restroom and I can go into,” a transgender woman named Leila said during the rally.

Hundreds took to Market Street to march on City Hall, showing their discontent with Trump by continuing to chant: “When trans rights are under attack what do we do? Stand up fight back.”

The city of San Francisco also showed its support by lighting up City Hall with the colors of the transgender flag (pink, blue and white). “Out of the bars and into the streets” was the cheer throughout the march, which ended at City Hall.