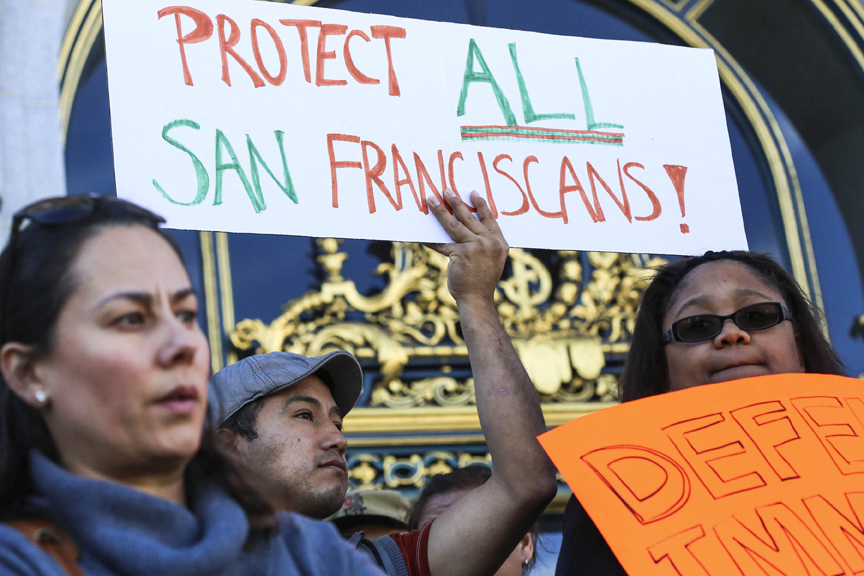 San Francisco, like many Bay Area cities, has for decades been a “sanctuary city” with policies in place that limit federal immigration officials from searching and detaining undocumented immigrants. President-elect Trump has vowed that within his first 100 days in office he will block all federal funding to sanctuary cities to prevent them from serving as refuges for undocumented immigrants.

At a campaign rally last August in Phoenix, Arizona, Trump said: “Block funding for sanctuary cities. We block the funding. No more funding.” Over the course of his campaign he repeated the threat—Cities that refuse to cooperate with federal authorities will not receive taxpayer dollars.” Shortly after being elected he reiterated his intentions once more.

According to San Francisco City Controller Ben Rosenfield, should Trump carry through on his pledge, San Francisco would be at risk of losing $478 million in federal funding, leaving many to wonder if the city’s nonprofit sector will be affected. and expected to atone for any future cuts with their volunteer labor and resources.

Like many nonprofits, Mission Graduates—an organization geared to prepare K-12 students in the Mission District for higher education and works closely with immigrant families—does not receive any federal funds directly, but does receive “pass through” funds from the city of San Francisco.

“Since we don’t know how or even if these funds will be affected, we can’t really say either way if we will receive a financial impact as a result of the Trump presidency,” said Eric Cuentes, parent partner director at Mission Graduates. “We have already started to see, however, a sizable socio-emotional impact on the students and families that we work with. Immediately following the election, they started communicating with us about their fears of deportation or getting harassed by ICE.”

“La Cocina will continue to fight and advocate for equitable opportunity in this region, and beyond, for the talented entrepreneurs that make our economy, and country, possible,” said Caleb Zigas, executive director of La Cocina. “We have a deep appreciation for the firm stance that San Francisco, and California, has taken, and we will redouble our efforts to ensure that the [communities] we work with have every opportunity to make a living in this new environment.”

Trump’s looming threats and the still unknown impact of his incoming administration have provoked anxiety among immigrant communities, activists and nonprofit organizations alike. So far the president-elect has done little to calm these fears.

If interested in supporting the efforts of Mission Graduates and La Cocina please donate at https://donatenow.networkforgood.org/MissionGraduates and https://www.lacocinasf.org/donate