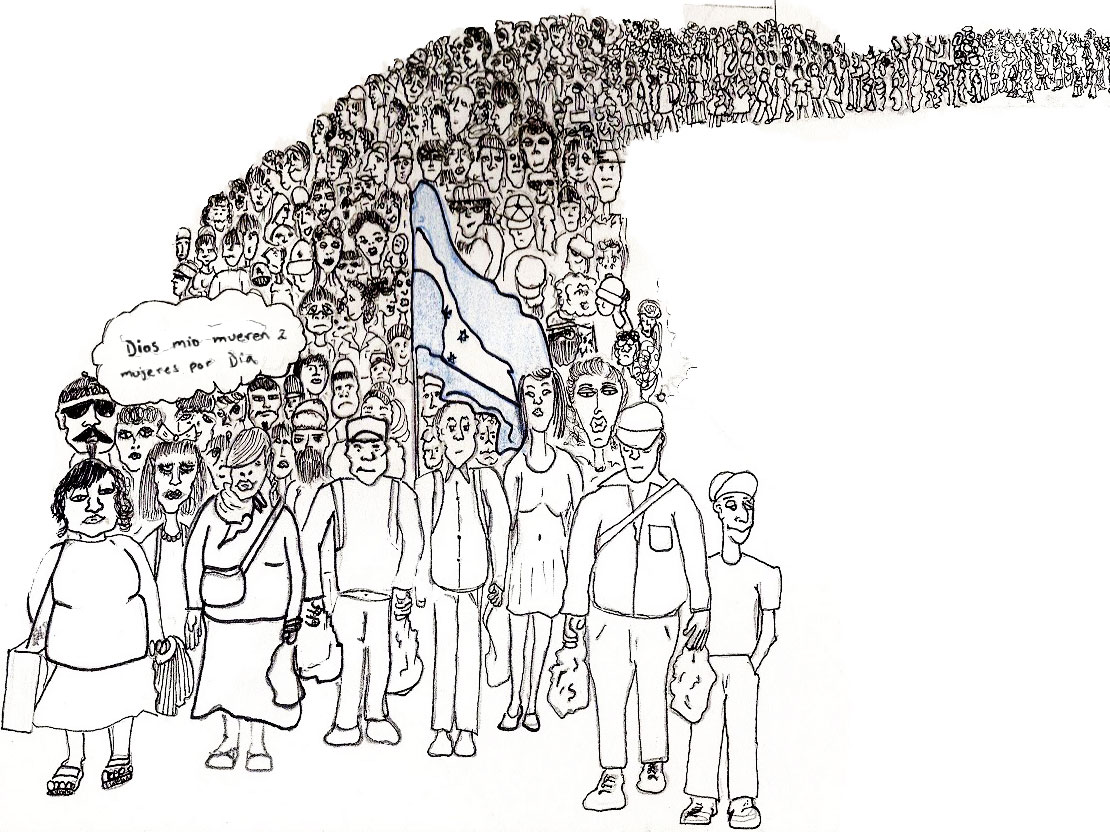 The importance of credit history for a good financial future

In 2016, Lazaro (whose name has been changed to protect the subject of this story) was a policeman in Tegucigalpa, the capital city of Honduras. In 2017, Lazaro’s wife was hounded and harassed by drug traffickers who demanded that she protect their drug interests. When she refused multiple approaches, gang members decapitated her and shot and killed their teenage son. In 2019 Lazaro, legally entered the United States with his new wife (who is now pregnant) and her three children, hoping to start a new life—one that offers far more security and support for his family.

While the American media will report endlessly on gang violence and poverty as drivers of migration, rarely is the attentive public led past the vale of violence to peer more clearly at the multiple root causes of the great migration, which has seen an estimated 9,000 people leave from Honduras each month.

That changed this past March when a group of 75 Americans took on the task of examining these root causes, in a “Root Causes Pilgrimage,” organized by San Francisco Bay Area faith leaders Rev. Deborah Lee, SHARE Foundation Executive Director Jose Artiga and Washington D.C.-based Jean Stokan, which led pilgrimage partners to Progreso, Yoro, Honduras. There we met with a variety of people, groups, communities and faith leaders actively involved in seeking alternative solutions to the great migration, where more than 2 million Hondurans have opted to leave their country in the past several years.

We were able to identify five root causes that are generally unreported. First, the gang violence, usually involving drug and human trafficking, may well involve the complicity of Honduran government actors. For example, prior to our pilgrimage, the brother of Honduran President Juan Orlando Hernandez, was arrested and charged with cocaine trafficking. The president and his associates, including his wife have also been investigated by the U.S. Department of Drug and Alcohol Enforcement (DEA) for alleged roles in drug trafficking and money laundering, according to federal court documents. We were assured by our Honduran hosts that such conduct is far more frequent than we are told. This corruption exists at all levels of government.

The violence is sadly aided by the sale of weapons, security equipment and ammunition from the United States. The Stockholm International Peace Research Institute reported in March 2019 that 47 percent of the total arms imported to Central America come from the United States. Colt’s Manufacturing Company sells machine guns to the Honduran military. Illinois-based ammunition makers made $3.7 million in the last five years, selling thousands of rounds of bullets to Honduras. Nonlethal Technologies in Pennsylvania sells tear gas canisters and Massachusetts-based Smith & Wesson sells .38 caliber pistols.

Honduran investigators report that nearly half of illegal guns in Honduras have their origin in the United States, according to the federal Bureau of Alcohol, Tobacco, Firearms and Explosives (ATF). Their figures do not include the black market for these weapons, many of which were sent from the United States since the Central American conflicts in the 1980s and 1990s. These days weapons may even be purchased via Facebook advertisement.

A third root cause is the utterly obscene levels of violence directed against women. According to the “Informe General del Observatorio de Seguridad de Las Mujeres,”—a study co-funded by the United Nations, Unitarian Universalist Service Committee and the Global Fund for Human Rights—found that between 2002 and August 2018, a Honduran woman was killed each day. In 96 percent of cases where violence against women was reported, no investigation was conducted. For comparison sake, 12 to 15 Honduran women per 100,000 are victimized by some form of violence. In the United States that rate is 2.3 to four women per 100,000.

Poverty is frequently identified as a cause of migration. Multiple sources report that Chiquita Brands International—the successor of the American corporation United Fruit Company—pays its banana workers in Honduras $14 for 12 hours of work. According to members of Equipo de Monitoreo Independiente de Honduras, textile workers receive the equivalent of $1.09 per hour for a 43-hour work week. Workers interviewed for this story indicated they need a minimum of $3.23 per hour to survive. Among the textile manufacturers in Honduras are U.S.-based Nike, Adidas, Fruit of the Loom and Gildan.

A fifth cause is displacement of entire colonias (neighborhoods) of people. According to the World Population Review, Honduras’ second largest urban area of San Pedro Sula has approximately 639,000 residents. Residents of the colonias of San Isidro, Aleman and Pedregal, reported widespread harassment, threats of violence and actual demolition of homes. These actions were carried out by national and local police, operating on behalf of corrupt local government and military interests, who sought the small parcels of land upon which people’s small, often ramshackle homes were built. Though Honduran law provides right to land ownership when a person or people reside on a parcel of property for a certain length of time, these state-sponsored efforts were intended to violate any legal claim those in the colonias had.

Bartolo Fuentes, a former Honduran legislator and journalist currently prevented from entering the United States, assured me that the large caravans, which have formed to protect migrants traveling from Honduras through Mexico to the United States, are frequently populated by these impoverished people.

Meanwhile, the daily reports rage of migrant children and adults incarcerated at the U.S.-Mexico border, who are oftentimes housed in squalid conditions. New punitive measures are regularly unleashed by the Trump Administration directly against usually helpless migrants, whose sole crime may be that they have no legal right to be in the United States. One is left to wonder whether we truly understand the real reasons why migrants flee their countries.

Tom Webb is a Bay Area freelance journalist, consultant with the Oakland Catholic Worker and member of Pax Christi Northern California. This is his third pilgrimage to Honduras since 2015.

How you can help the caravan