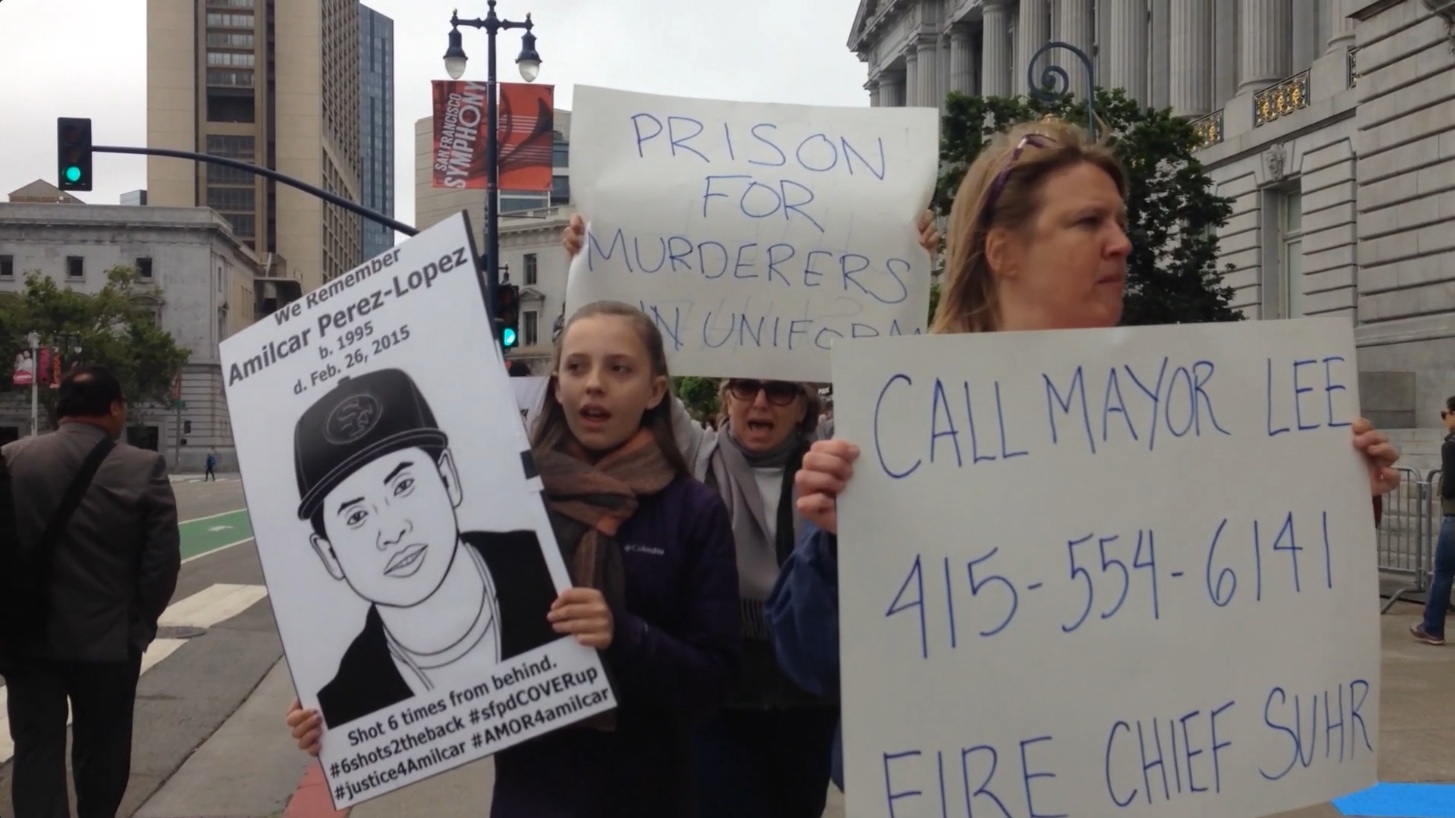 Hunger for justice and knowledge: The power of two strikes

About 200 protesters gathered at City Hall on May 9 for a peaceful demonstration to call for Mayor Ed Lee to fire SFPD Chief Greg Suhr, and for a boycott of San Francisco corporate restaurants until Suhr is gone.

The demonstration came three days after a similar protest where police and protesters clashed in front of City Hall, resulting in 33 arrests and several reported injuries including two El Tecolote journalists.

And, it came two days after a group of five hunger strikers, known as the “Frisco 5,” had to abandon their hunger strike against police brutality, due to health concerns.

The frustration on the part of those participating in each demonstration stems from a string of fatal officer-involved shootings in San Francisco in recent years.

“It has been two years since they’ve killed my son,” said Elvira Nieto, whose son, Alex Nieto, was shot 59 times by SFPD at Bernal Hill Park. “Nothing has been done, so we’re here supporting the protestors, and for the people who have fallen like Mario Woods and Luis Gongora [The homeless man who was shot and killed by SFPD on April 7].”

During Monday’s protest about 30 or so participants walked in a single file chanting, “The people united will never be defeated.”  They were joined by others holding signs calling for Suhr to be fired and to end racism within the police department.

As protestors chanted aloud, police officers standing guard in front of the City Hall smiled and laughed among themselves, some covering their mouths as they spoke to one another.

Around midday, protesters marched around City Hall 17 times in representation of the amount of days that the Frisco Five refused to eat.

“Today is a boycott, and for Mayor Ed Lee to come and talk to us,” said Victor Picazo, a supporter of Frisco 5. “We need the police department to fire Chief Suhr … After that, we could build a new police [force] because what they’re doing right now is murder, straight murder.  Everyone see’s that, but I see that happening more in the black and brown communities, the poor communities.”

The San Francisco Police Department has been under heavy scrutiny in recent years. In addition to police killings, the most recent racist text messaging scandal revealed a trio of SFPD officers referring to Latinos as “beaners,” and blacks as “niggers.” And as the SF Examiner reported on May 9, 17-year veteran Sgt. Lawrence Kempinski is facing disciplinary actions and possible termination after fellow officers reported Kempinski saying that he only transferred to Bayview Station to “kill niggers.”

“I would really like an open talk [with SFPD] about how people of color are treated,” said Praveen Sinha of Families Open Circle, who was at the demonstration. “The reason I say that is because if you look at the data, every single person that has been killed have been people of color in San Francisco. There’s not one white person that has been killed. Why is that? I think we need to hold police accountable and I think at the very least the cops behind the trigger need to be fired from the police force. It’s going to take the city to come together for this to happen.  The hunger strike is just is just a first step.”