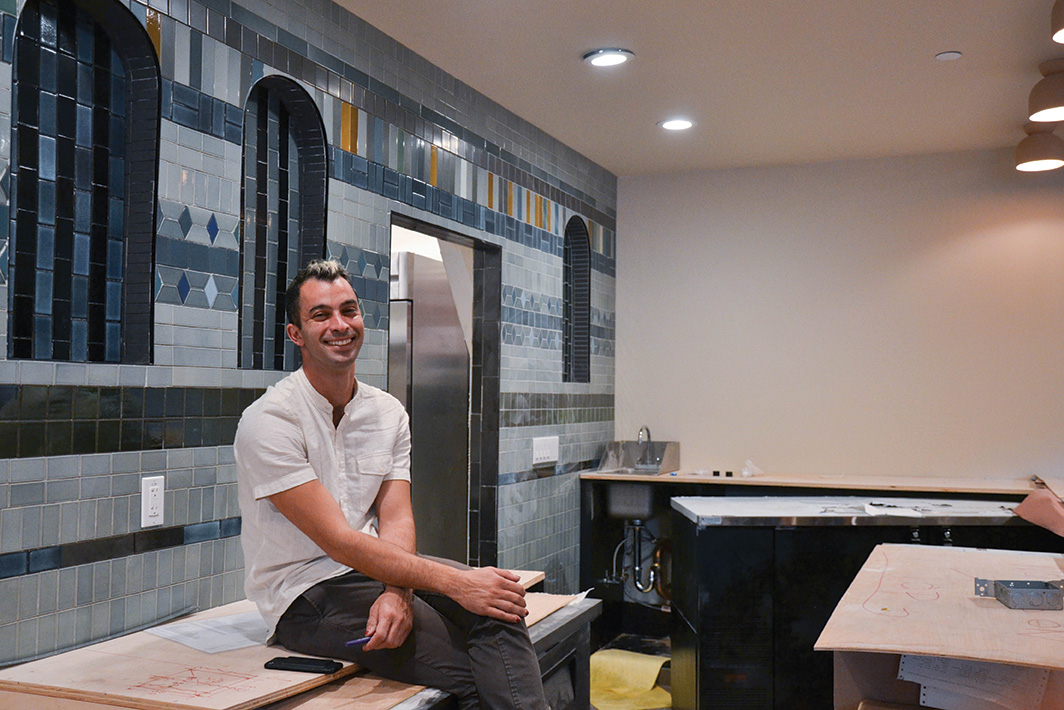 Manny Yekutiel, an activist and former White House intern for President Barack Obama, is opening a new space in the Mission, which he hopes will serve as a gathering place that will host a variety of civic events. Yekutiel imagined the space with a unique question in mind: “Where do you go to become a better citizen?”

The new coffee shop, cafe and a political bookstore will be called Manny’s. Located at the corner of 16th and Valencia streets, it will be a place where the community can go to gather, learn and discuss what is going on in their community and the country. It will feature poetry slams, social-justice talks, political gatherings and more, all combined with great people and coffee.

Yekutiel said he based his idea for Manny’s off of an old concept from the Ottoman Empire.

“I’m not reinventing the wheel,” he said. “I’m combining social justice, civic engagement and a space to learn and discuss what is happening in the world.”

The majority of the world’s civic engagement is happening online and Yekutiel wanted a space that provides people with the process of discovery, which he said “can really only happen when you’re in front of someone.”

His decision to create a social gathering space happened shortly after the 2016 election. Months of research and planning has gone into the creation of Manny’s with construction beginning in April of 2018. Manny’s opening night is planned for election night on Nov. 6, 2018,  which Yekutiel said is “an appropriate time to open a civic space.”

Angela Gallegos-Castillo from the Instituto Familiar de la Raza  helped Yekutiel throughout the creation of Manny’s.

“I was impressed by Manny’s vision. It is important for people to go to a place and feel inspired.” She said. “There is a little bit for everyone at Manny’s. It is a place where everyone can go to connect and engage with each other.”

Numerous businesses have partnered with Manny’s such as Dog Eared books, which will host the bookstore. Frena Bakery will serve Kosher pastries and delectables, while Ritual Coffee will be brewing up amazing drinks. These partnerships have created a space where people can come together and enjoy great food, along with positive conversation.

During the day, Manny’s will serve as a coffee house and cafe, where breakfast and lunch will be served. The coffee bar and cuisine will range from pastries to Mediterranean dishes. In the evening alcohol will be available and bar food will be served. The space will be surrounded with televisions broadcasting the news. Manny’s will have a space for planing direct civic action and an adjacent space for gathering.

On the direct side are such things as lectures, discussions, organizing nights, featured activist talks and much more.  The adjacent side will include spoken word, slam poetry, art nights and documentary screenings. Yekutiel wants this space to be “civic, but a place that you can enjoy passively.” He prides himself on wanting the community to feel ownership over the space. He wants people to feel “comfortable, at ease and at home.”

Manny’s is being built to feel like a living room.

“The vibe of the space is unpretentious, comfortable, inviting and inclusive,” Yekutiel said. “I want people to feel like they can be themselves here.”

The idea is that the community will come into the space and feel joy and feel loved. Instead of being fed the news, Manny wants his space to be a place where you can feel at home; yet surrounded by your fellow community members.

“There is an amazing history behind what coffee shops and politics stand for,” said Yekutiel.

Community space for ‘civic engagement’ or Trojan horse for gentrification?