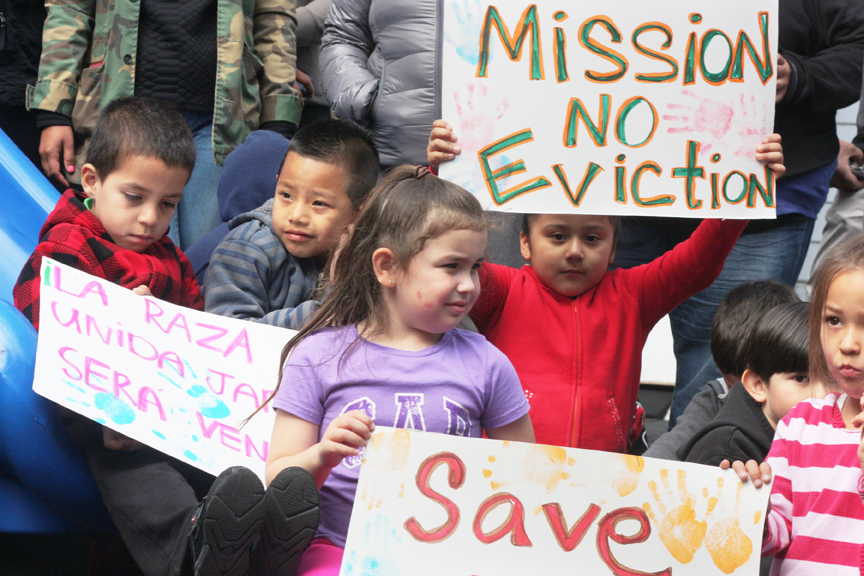 SF Sheriff’s wife tells her side in new production

In the latest effort to curb the rapid displacement and the construction of expensive housing that has plagued the Mission District in recent years, District 9 Supervisor David Campos has proposed a temporary halt on luxury housing development.

The moratorium, which calls for a 45-day temporary halt on the construction of luxury homes that could be extended to two years if passed, was introduced by Campos alongside community leaders and neighborhood children May 5 at the Mission Girls Services center.

Campos hopes the legislation will help slow the rate of the declining low-income and Latino population in the Mission, and give neighborhood leaders time to form strategies to combat displacement.

On May 19, the Board of Supervisors elected to vote on the item on June 2. Supervisors Jane Kim, Eric Mar, John Avalos and Norman Yee are cosponsoring the moratorium.

Even with broad support, passing the legislation through the Board of Supervisors will likely be difficult. According to the state laws that govern moratoriums, it would need four-fifths of the board’s approval—or nine votes—to pass.

“At least one of our colleagues has been open and putting a lot out on social media and such in opposition to it, so that’s pretty clear,” said Joseph Smooke, a legislative aid in Campos’ office. “Anything that’s controversial is hard even to get six votes on. So we know it’s going to be tough to get nine votes, but we’re hopeful. This is something that the Mission needs.”

That outspoken supervisor who has openly opposed the legislation is District 8 Supervisor Scott Wiener.

“The proposed moratorium on new housing in the Mission won’t make housing more affordable and won’t stop a single eviction,” Wiener wrote on May 20 on his Facebook page. “Rather, it will become permanent, spread to other neighborhoods, and ensure that housing prices, displacement pressure, and evictions continue to escalate.”

Campos countered by pointing out that Wiener has supported similar measures for District 8.

According to Campos’ office, only one affordable housing development has been completed in the Mission in the last decade, and currently only 7 percent of the hundreds of proposed housing units are affordable for low to moderate income tenants.

And while many Latino residents have been displaced, so have many in the Mission’s vibrant artist community.

“What we have is a bedroom community for Silicon Valley,” said Stacy Powers-Cuellar, executive director of Brava for Women in the Arts, noting the exodus of the community’s artists and directors due to rising rents. In April, Powers-Cuellar said she was looking for a room for visiting artists from New York City. After exhausting all options, Powers-Cuellar said that she paid $9,000 for 22 nights at an Airbnb unit at South Van Ness and 24th streets. “This is criminal what’s going on here.”

A group of neighborhood activists are also considering a ballot initiative that includes an 18-month moratorium.