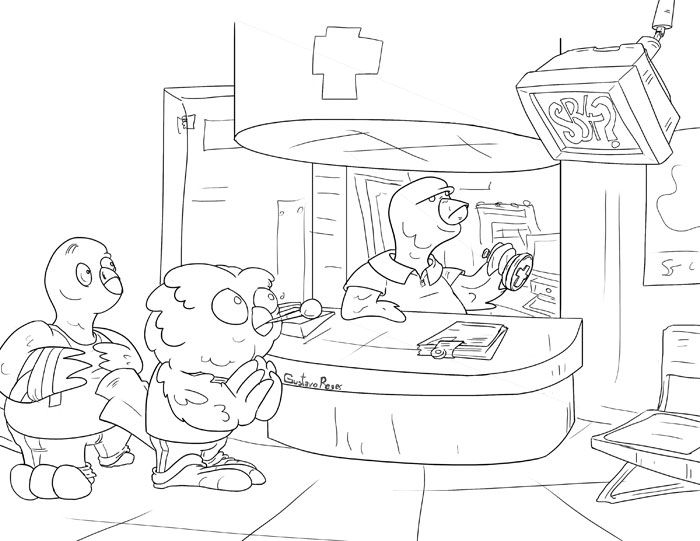 The dissenting votes on Thursday came from the two Republicans on the committee: Senators Jim Nielsen, R-Gerber, and Patricia Bates, R-Santa Ana.

“Today’s vote represents a historic step forward on the path towards achieving health for all,” said Sen. Ricardo Lara, D-Bell Gardens, the chief sponsor of SB 4, the “Health for All” bill. “The amendments reflect two things: what we can realistically achieve now, and what we hope to achieve in the near future. Ensuring that everyone in California is healthy is what’s right for our state.”

The amendments Lara was referring to were made by the Senate Appropriations Committee to address cost concerns, but the intent of the bill was preserved, according to a press release from his office.

Some of the key provisions in the bill will:

Allow undocumented Californians to buy health insurance with their own money on Covered California, the state’s online exchange set up under the Affordable Care Act (but the state must first get a federal waiver to do this)

Allow children 19 and under to enroll in full-scope Medi-Cal (California’s name for Medicaid) regardless of whether they are documented or not
Expand access to Medi-Cal to adults 19 and older, by establishing a capped enrollment program that will provide services as funding is made available

“We are thrilled that all children and some adults will now have the opportunity for basic health care coverage, which is a basic human right,” said Ronald Coleman, government affairs manager at the California Immigrant Policy Center (CIPC). “And at the same time, we know there are many more steps to travel on this road, and much more work to protect many more lives.”

SB 4 is slated to go before the full Senate on June 5. Healthcare advocates expect that all 25 Democrats and possibly some of the 15 Republicans in the senate will support it, said Coleman.

It will then go before the health and appropriations committees in the assembly before it goes to the assembly floor, where Coleman expects the bill will have an easy passage.

In the meantime, CIPC and other health advocacy groups are continuing to press Governor Jerry Brown, arguing that it makes economic sense to sign the bill and provide health care for all of the state’s residents.

A 50-state study released last month by the Institute on Taxation and Economic Policy found that the 3.1 million undocumented immigrants currently living in California collectively paid $3.2 billion in state and local taxes in 2012. This represents a $500 million increase over a similar report two years ago.

“We know that from here, we will only go forward,” Coleman said. “We renew our commitment to keep working until not a single Californian suffers or dies from a treatable condition, no matter where they were born.”

This story was originally published by New America Media on May 29. To read it in its entirety go to newamericamedia.org.

Editorial: Separating families is a new low for the Trump administration