New Bill will provide much needed oversight of CCSF accreditators 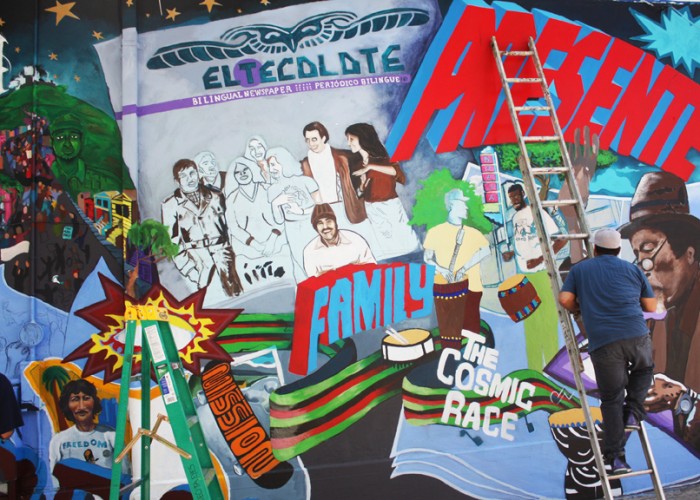 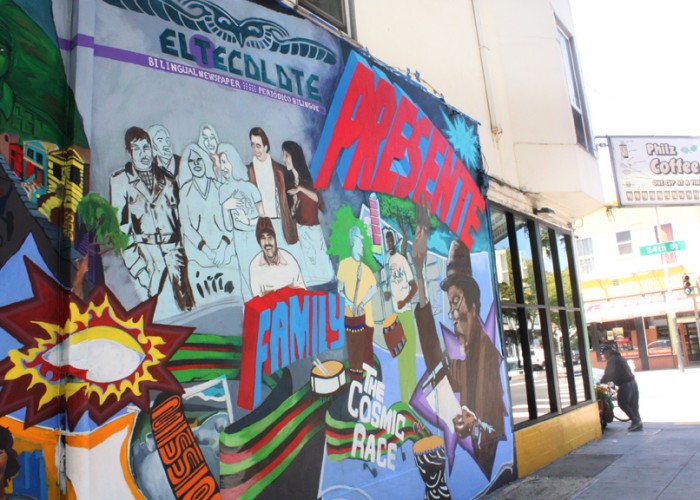 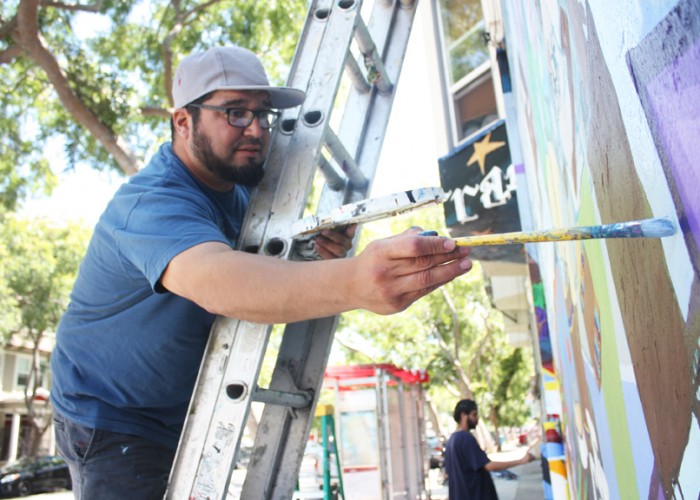 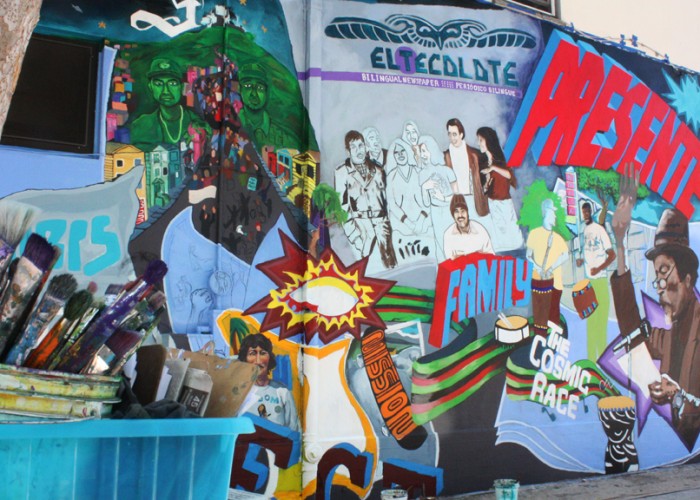 Precita Eyes Muralists Association and Center is paying a special tribute to El Tecolote and some of its most respected volunteers by featuring them on a mural in the heart of the Mission District, on the side of Philz Coffee, at the corner of 24th and Folsom streets.

The mural shows the El Tecolote logo above a photo of some of its staff from the 1980s, and also prominently depicts the late longtime translator and calendar editor Alfonso Texidor (who passed away on Christmas Day 2014) reading poetry.

The design was created in April and painting started in the second week of May, said Fred Alvarado, director of the mural. With the help of directors Alvarado and Max Martilla and about 20 Precita Eyes’ volunteers, the mural should be finished in mid June.

Though the recent rise in housing costs has changed the landscape of the community, Precita Eyes is honoring El Tecolote and giving the Mission District residents a piece of history that has been present within San Francisco’s Latino community for more than 40 years.

“People connect with it as it keeps developing,” said Alvarado.

The words “Presente” and “Familia” are written in big red letters, which represents the Latino presence in the community.

“We’re here,” said Alvarado. “The Mission was created by middle-class workers. The Latino community is rooted, we’re not ready to turn over.”

Precita Eyes is dedicated to creating artwork throughout the Mission District that represents the community and simultaneously promotes local businesses. Murals have been seen in the Mission since the 1970s, according to Alvarado, which means more than 40 years of historic art from Chicanos in the Mission is on public display.

“Art can be lifesaving,” Alvarado said.