On Friday, April 5, 2019 Native Americans reclaimed a space that had been the site of a statue titled “Early Days,” which honored the genocide of their people. Coordinated by the San Francisco Arts Commission, the action was part of a project that involved a photoshoot of more than 100 Native Americans,  resulting in a body of work documenting the contemporary and diverse presence of Native Americans.

The project is part of the city’s American Indian Initiative, which begins this summer and runs through the fall with a series of events, including projection of the images on the sides of the Asian Art Museum and the Main Library, an Indigenous Peoples Day celebration, and several exhibitions.

Participants were photographed standing on the vacated plinth of the “Early Days” statuary,  which was one part of a monument depicting the early history of California.  Featuring a triumphant Spanish vaquero standing over a nearly naked, prostrate Indian as a missionary reaches down to help him, “Early Days” evoked long-time cultural tropes of the “uncivilized savage” conquered by the “superior white man” and rescued by a religious savior, and it caused decades of consternation and protest.

“I feel like this day is a long time coming,” said Dr. Andrew Jolivette (Opelousa/Atakapa-Ishak), a professor of American Indian Studies at San Francisco State. In 2006, Jolivette took part in a task force created by the Human Rights Commission to examine discrimination and Native Americans. The outcome was a report titled Discrimination by Omission: Issues of Concern for Native Americans in San Francisco. “What a lot of us said was we felt invisible and when it comes to representations of Native people you either couldn’t find them anywhere or, if you did, they were inaccurate. Today is a celebration of all the really good, inspiring work. It’s [an] important day for our elders and it’s [a] really, really important day for our youth because it says to them that it’s not just a slogan when we say we’re still here.”

Mary Jean Robertson (Cherokee), host of a weekly Native-focused program on KPOO-FM, said: “There were several efforts to get rid of that statue. About 10 years ago we went to the Arts Commission to demand that they removed it at the same time the Human Rights Commission was working on the Discrimination by Omission report. That was a very important document because it revealed the racism involved in this city by disappearing again, and again and again the original people that they thought they had totally gotten rid of.”

The story of the monument began in the late 1800s when James Lick, an eccentric local real estate investor and land baron, earmarked $100,000 in his will for the creation of a sculpture to celebrate early California.  Sculptor Frank Happersberger took four years to create the 840-ton monument, which was dedicated on Nov. 29, 1894.

Originally placed at the corner of Hyde and Grove streets in front of the first City Hall, it survived the 1906 earthquake while the government building was destroyed. In 1990, the Library Commission’s request to move the monument to make room for construction of the SFPL Main Branch, brought new attention to the monument and resulted in nearly 30 public hearings where historians argued to keep it as a memorial for the site of the first City Hall while Native Americans demanded it be vanquished because it honored the subjugation and genocide of Indians.

The Arts Commission decided to move it to Fulton Street between the SFPL Main Branch and the Asian Art Museum and add a plaque that explained the history of genocide. In 2017, when efforts to take down a confederate statue in Charlottesville, Virginia, caused a clash between white nationalists and protesters resulting in the death of Heather Heyer, there were renewed efforts to remove “Early Days.”

In March 2018 the Arts Commission and the Historic Preservation Commission voted unanimously to put the statue in storage. However, an attorney from Petaluma named Frear Stephen Schmid filed an appeal to stop the removal arguing that the commissions had not followed laws governing removal of public art. The Board of Appeals, agreed with Schmid, halting the removal. At a second hearing in September the commissions showed that their decision was within the City Charter guidelines, opening the path to removal. Three days later “Early Days” was lifted off of its plinth and whisked into storage. Schmid has filed a lawsuit against the city that is still pending.

The Arts Commission decided to use the vacated pedestal where the statue once stood and recruited Native Americans throughout California. Hulleah J. Tsinhnahjinnie (Bear Clan of the Taskigi Nation and Tsinajinnie Clan of the Diné Nation) photographed people standing on the plinth. The award-winning photographer is also the director of the C.N. Gorman Museum and a professor Native American Studies at U.C. Davis.

US begins returning Haitians, warning migrants not to fall for TPS misinformation 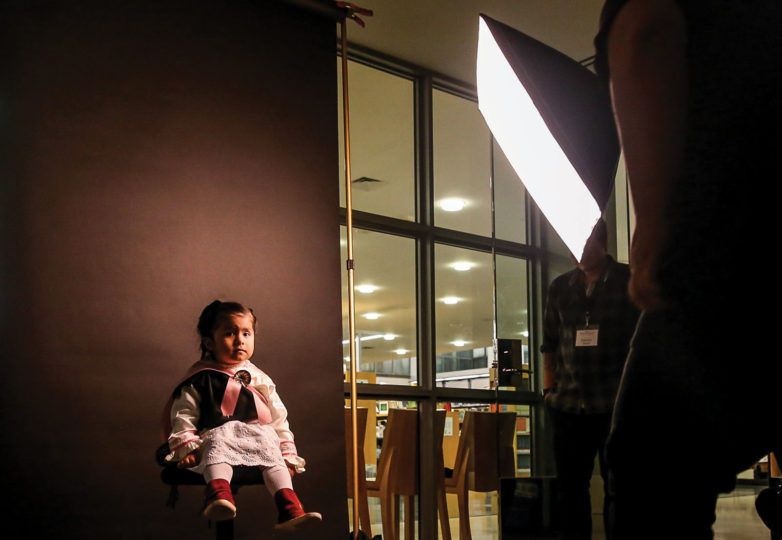 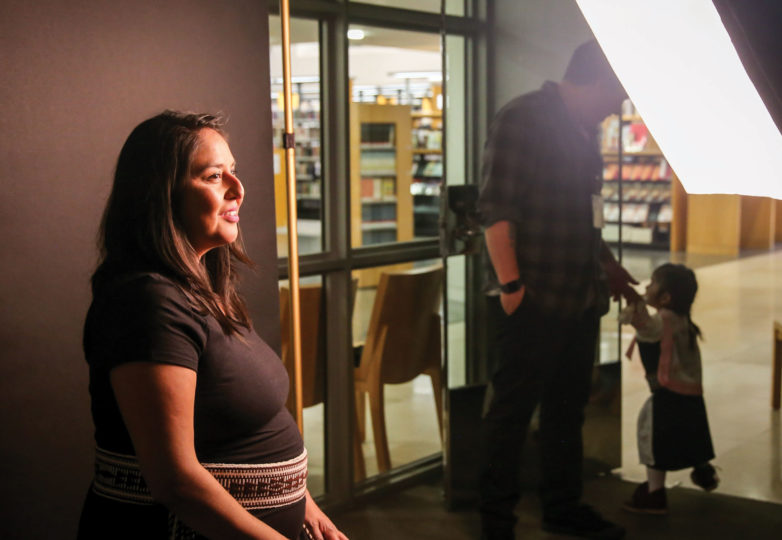 Britt Bradley (Algonquin and Caucasian) took headshots of participants then disappeared into a small tent where she used a 19th-century wet plate collodion process, to produce an “ambrotype,” a positive photograph on black glass. Her biographical statement says, “Much of collodion practician, both modern and historical, is centered around the white male gaze. A perspective that has not truly shifted since the medium’s conception over 150 years ago. I am interested in how a medium that has continually been used to exploit, could instead be adapted to empower the communities it was used to exploit.” While Jean Melesaine, a Samoan documentary photographer and artist from the Bay Area, photographed participants in a makeshift studio inside the SFPL Main Branch.

District 5 Supervisor Vallie Brown, (Shoshone and Paiute through her father) said that the initiative will bring more awareness that a vibrant Native American community exists in the Bay Area. “There’s a lot of people that you would never know are Native American. I know people say to me a lot of times I’m ‘white presenting.’ And I’ve had people come up to me that you think are African-American and they say, ‘My grandmother was Choctaw.’ I think that this project is going to show how many peoples identify with the Native American world.”

This year will mark the 50th anniversary of the Native American takeover of Alcatraz Island in November of 1969. Calling themselves Indians of All Tribes, the protesters reclaiming the land and drawing attention to a history of broken treaties and mistreatment.

Barbara Mumby (Powhatan, Shawnee and Maidu) director of Community Investments for the Arts Commission spoke about the significance of Alcatraz and its link to the photoshoot: “At that time it highlighted the community showing that we were existed and we’re still here. We still have a voice. That’s what we’re seeing out here today in a very positive way. We’re still here. We’re mobilized and we’re standing victorious and looking to the future.”