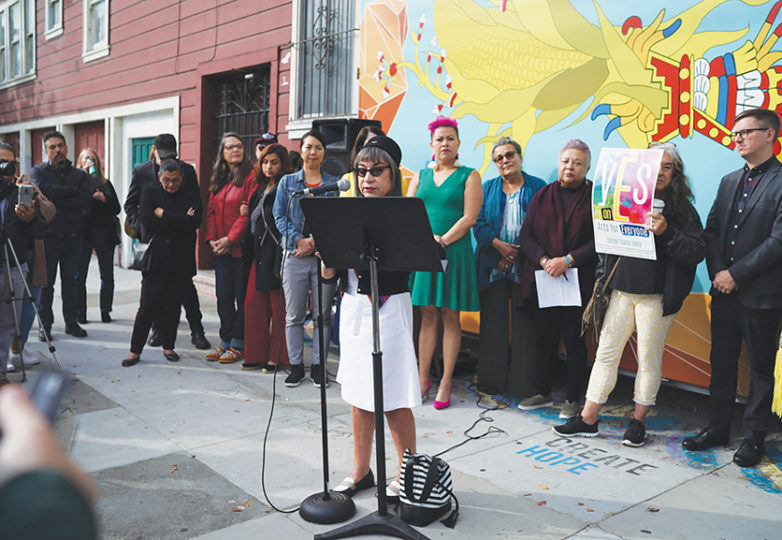 With Galería de la Raza on the verge of losing its iconic space at the corner of 24th and Bryant streets, Chicana artist Lorraine Garcia-Nakata speaks during a press conference on Oct. 29, stressing the importance of Latinx art spaces. Photo: George Eduardo Barahona 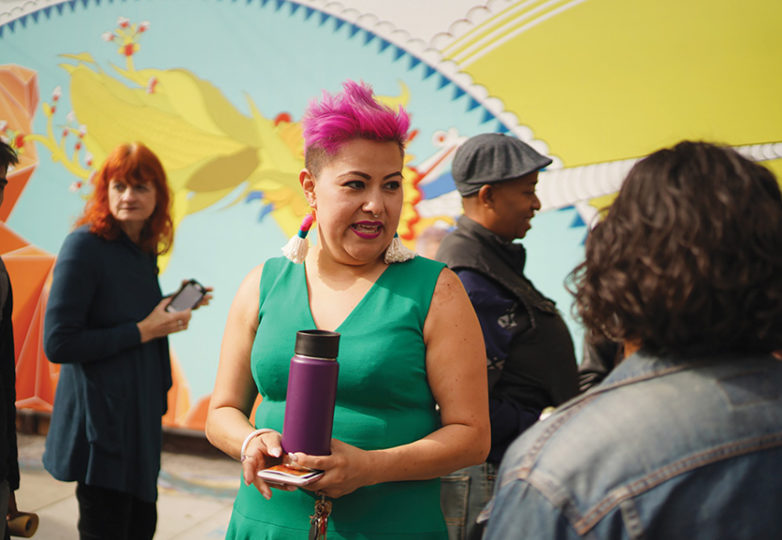 Galería de la Raza Executive Director, Ani Rivera, speaks to members of the press on Oct. 29. The iconic arts institution has been served with a ‘three-day pay or quit’ notice, placing the Galería at threat of displacement. Photo: George Eduardo Barahona 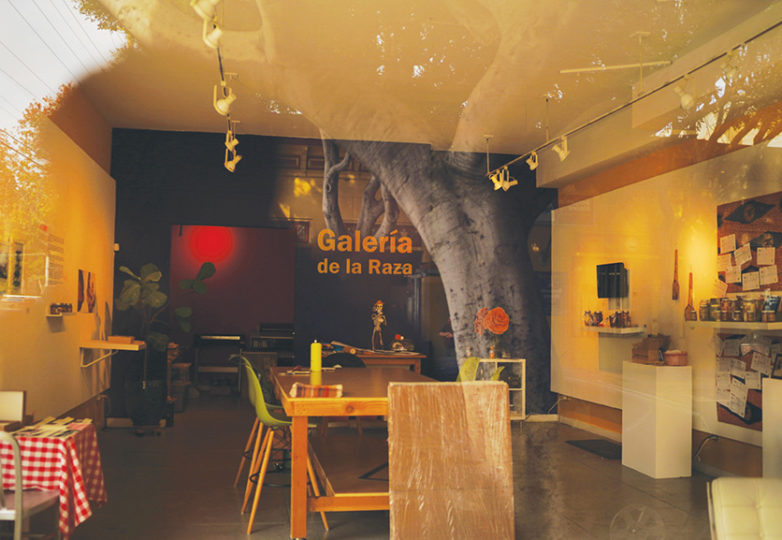 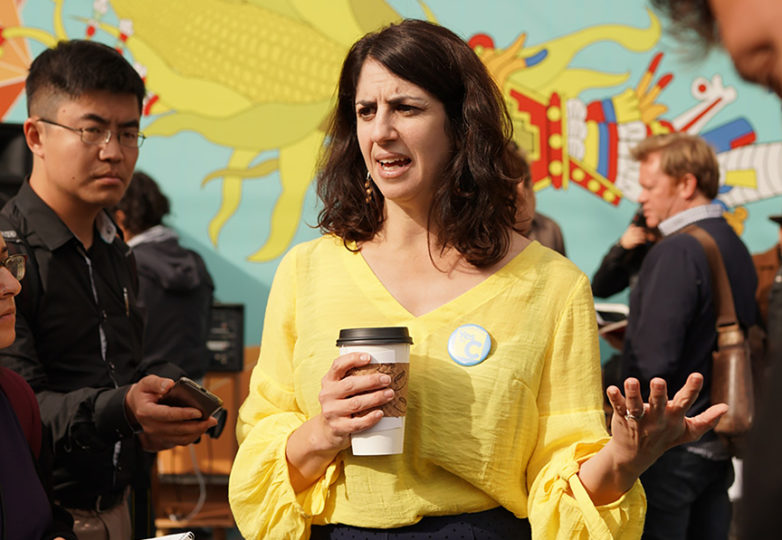 District 9 Supervisor Hillary Ronen speaks with members of the press during the Galería de la Raza press conference on Oct. 29. Ronen had attempted to mediate an agreement between Galería and its landlord after the rent was doubled in August, but those negotiations fell through. Photo: George Eduardo Barahona

Galería de la Raza is on the verge of losing its iconic storefront at 24th and Bryant streets following the collapse of ongoing rental negotiations with its landlord on Oct. 26.

The 48-year-old Latino art institution had been paying $3,127 a month for its 4,000-square-foot gallery, but in August the property’s owner, Lily Ng trust, raised the rent by nearly 100 percent.

“A ‘three-day pay or quit’ notice was given against our best interest,” said Ani Rivera, who has been Galería de la Raza’s executive director since 2012. “[The] lease terms aren’t fair or sustainable.”

A three-day notice can be issued by landlords if the tenant violates the terms of the lease (in this case for alleged failure to pay the rent). Once issued, the tenant has three days to come into compliance before the landlord initiates legal action.

Rivera described the action as feeling “retaliatory.” During negotiations with the building’s owner in August, she said that Galería offered to give up three-fourths of its space and continue paying the same $3,127 a month.

“It was like paying for only a bathroom and a closet … giving up [that] amount of space,” she said.

But when Rivera tried to pay Galería’s rent on Oct. 5, the payment of wasn’t accepted. She spoke with the property manager, who informed her that she needed to sign a new month-to-month lease, agreeing on the amount of $3,127 for the smaller space.

Rivera agreed to that amount and to giving up the larger space, but said that the lease needed to be vetted by the organization’s legal team and approved by the board, a process she said can take up to 10 days.

By Oct. 16, the lease had not yet been fully vetted, and the next day Galería was served with the three-day notice. That notice was revoked on Oct. 19, however, after District 9 Supervisor Hillary Ronen stepped in to mediate. But the negotiations fell through and on Oct. 29 Galería was issued a second three-day notice to pay rent or quit.

“We know we are paying an affordable amount,” said Rivera, who added that she has repeatedly offered to pay October’s rent, but has been denied. “We are asking them to work with us. We’re not a for-profit business, we need time to raise these funds.”

On Oct. 29, the day Galería was issued the second three-day notice, members of the Mission community gathered outside the gallery storefront to discuss the latest developments in the lease negotiations. Community members ranging from artists to politicians spoke at great length about the significance of Galería de la Raza.

Supervisor Ronen—having tried unsuccessfully for nearly two weeks to negotiate an agreement between Galería and Lily Ng trust—stressed importance of keeping the gallery open in the Mission, framing it in the larger issue of gentrification.

“Galería has been a community and cultural center for the Latinx community in San Francisco and the entire Bay Area for 46 years,” she said. “The landlord displacing Galería is a really significant act because it’s taking away that cultural center from this historic Latino community here in the Mission District.”

Erick Arguello, co-founder and president of Calle 24, said Galería’s landlord doesn’t care about the historic culture of the Mission and is only interested in making more money.

Several local artists spoke about how important it is to keep the gallery open and to have art, and especially Latino art, in the Mission District.

“We as a community assert that the landlords embrace a sense of history and diversity. In this moment of racial chaos, we need symbols that promote the Latino culture of California, not to cast them out,” said Lorraine Garcia-Nakata, who has been a member of the Royal Chicano Air Force, a Sacramento Chicano artist collective since 1974.

After Garcia-Nakata gave her statement, she encouraged everyone to repeat the main message that Rivera said during her speech: “We need a fair and reasonable lease.”

“Art saves lives,” said Talamante, who served 16 months in an Argentina prison in the 1970s for her activism. “I can stand here as a true testament of that when I was in prison in Argentina in the mid-70s. It was the posters coming out of the Mission and Oakland saying ‘Free Olga.’ I was freed because of the artists in our communities.”

Talamante said it was a poster by renowned Chicano print maker Malaquias Montoya that freed her.

As the press conference ended, Rivera had one final message for those in attendance: “All we want everyone to know is that we’re demanding a fair and reasonable lease.”