A day to remember Mario Woods 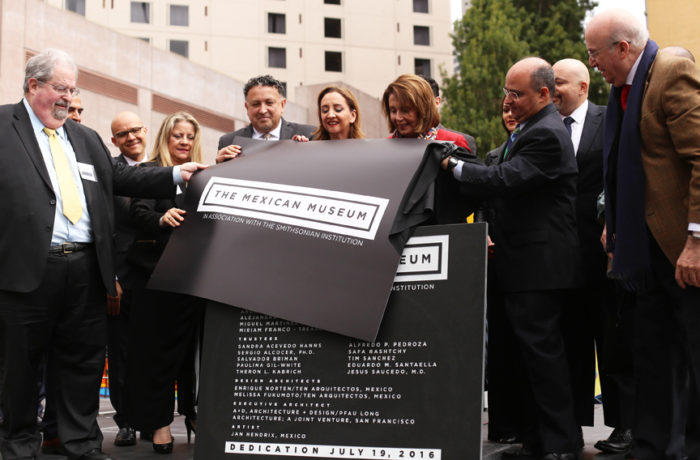 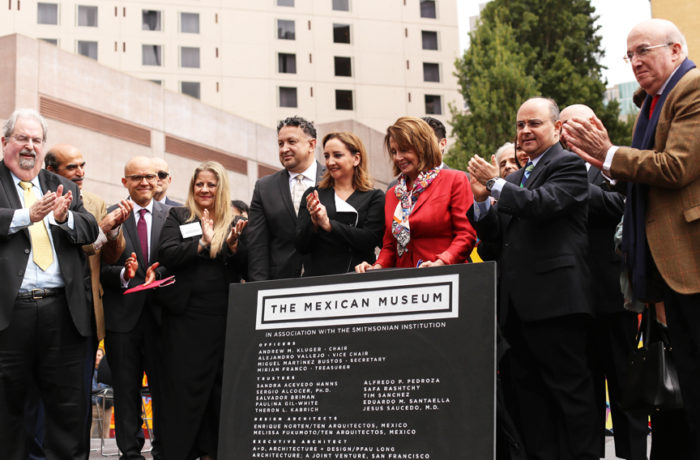 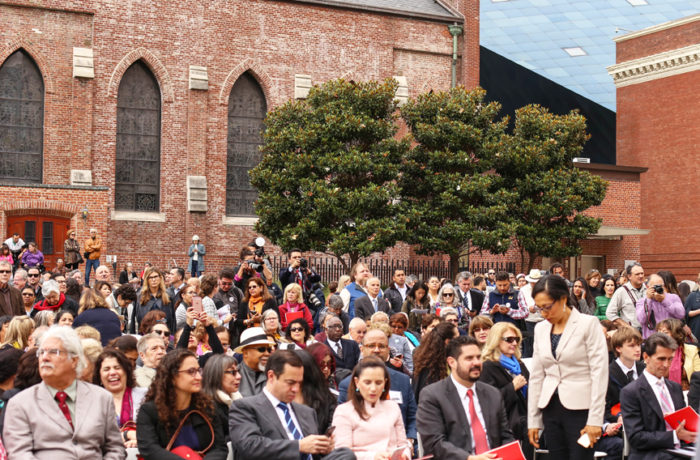 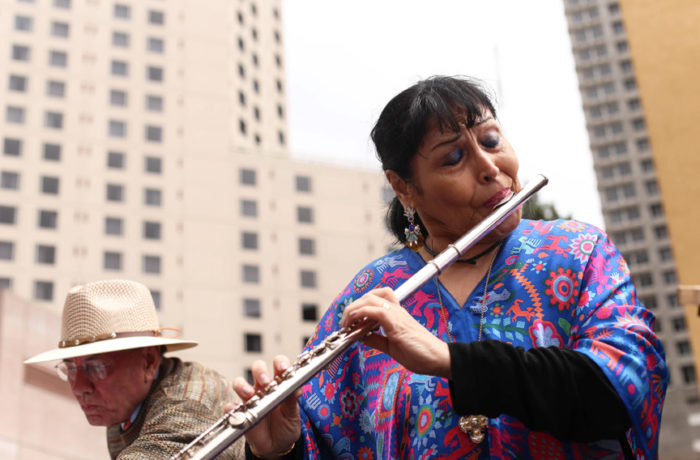 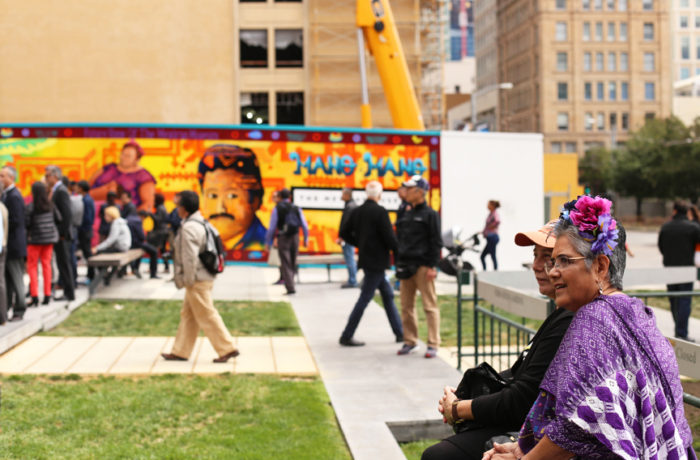 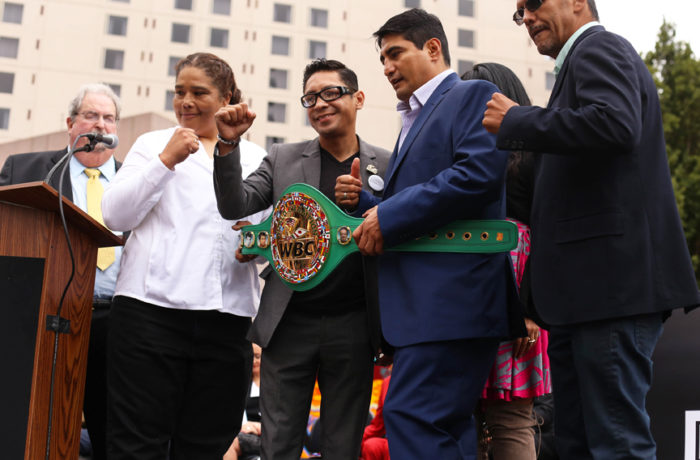 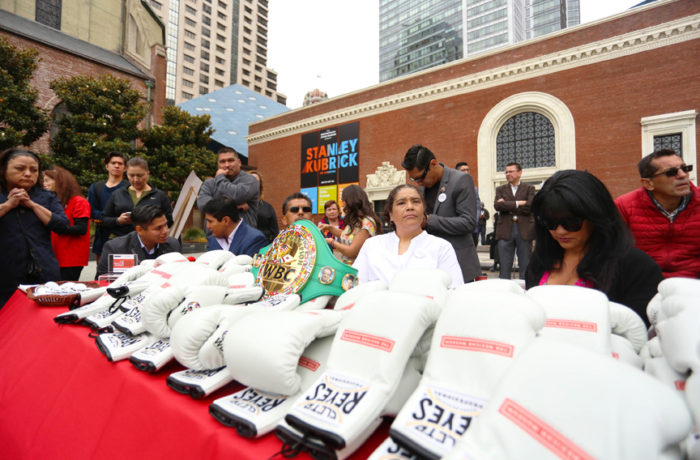 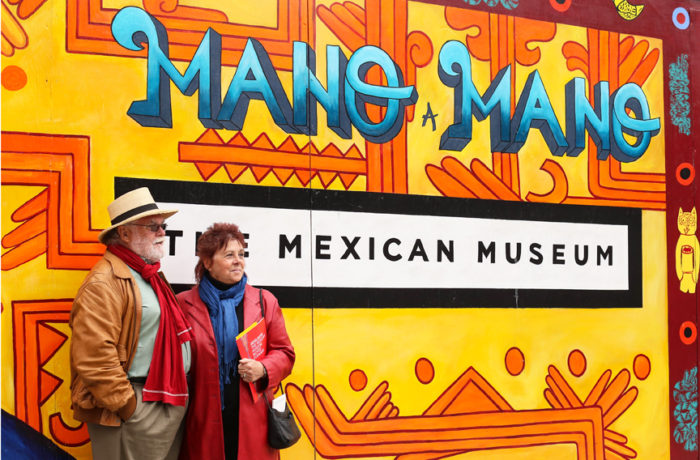 “[We are] excited and waiting for this for years,” Norman Pearce and Karen Knowles-Pearce said at the dedication ceremony for The Mexican Museum in San Francisco, California. Tuesday, July 19, 2016. Photo Jessica Webb 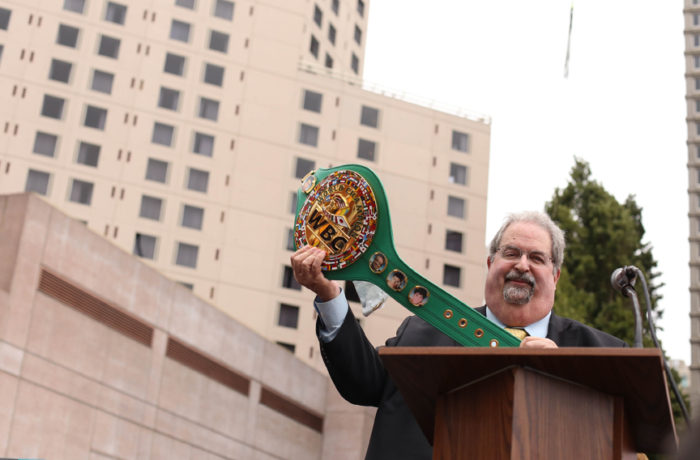 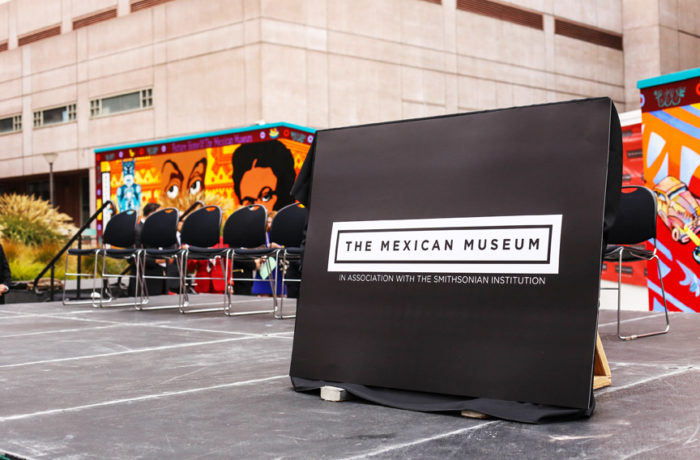 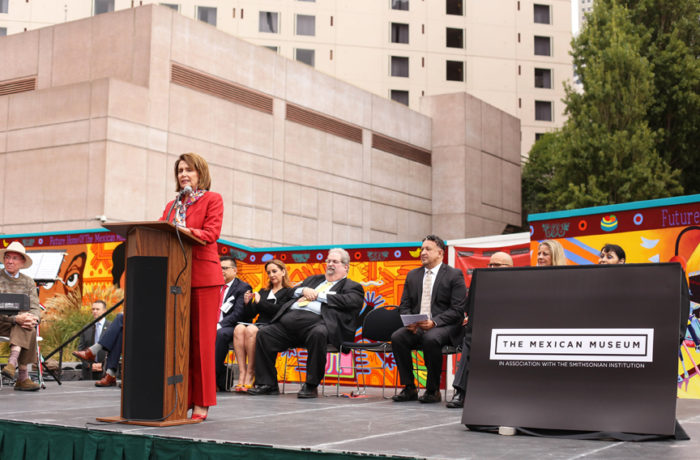 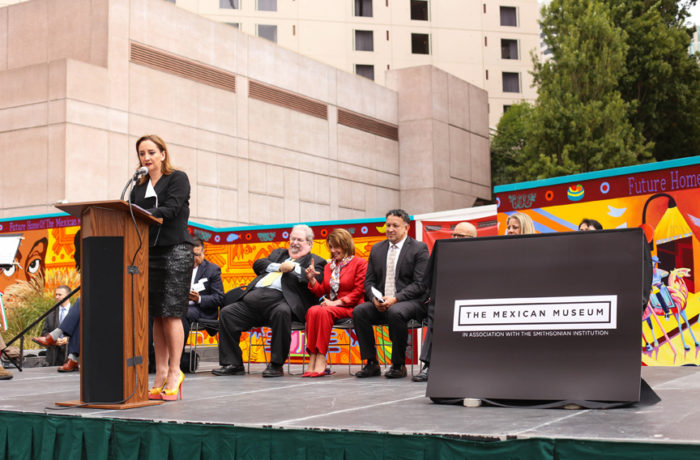 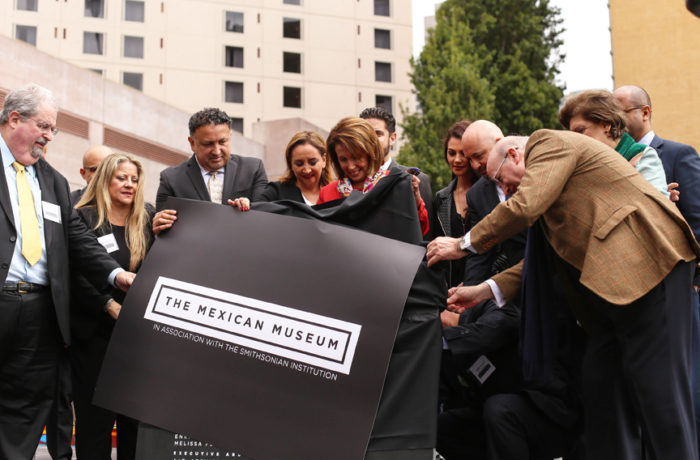 Hundreds attended the grand dedication ceremony and cornerstone presentation at 706 Mission St. on July 19, commemorating the Mexican Museum’s historic relocation. Tuesday’s ceremony marked the countdown to the museum’s transition from its current location at Fort Mason Center Building D to a new four-level, 60,000 square foot state of the art facility , which is expected to be complete in 2019.

The move is a collaboration between the City and County of San Francisco, Millennium Partners, and Successor Agency.

“I’m so excited to be here,” Pelosi told El Tecolote after the ceremony  “It’s traditional to say the remarks: ‘I’m happy to be here,’ but I’m really happy to be here, because knowing so many of the people staked so much of their own aspirations [on] this coming to fulfillment. It’s going to be magnificent when it materializes and it’s not just about works of art but it is about the inspiration of that art and the inspiration that it brings to others.”

The ceremony would not have been possible without one of those artists in particular: the late Peter Rodriguez, who founded of the Mexican Museum in 1975 (then located at Far West Laboratories at Folsom and 14th streets). Rodriguez began collecting art pieces in his San Francisco apartment and eventually secured $50,000 start-up grant from the San Francisco Foundation.

Rodriguez died on July 1 at age 90, just weeks prior to the dedication ceremony of the museum he first envisioned.

“This morning we lay the cornerstone, not only of a new facility, but more importantly, of a new chapter in the life of San Francisco’s diverse communities,” said Secretary of Foreign Affairs of Mexico Claudia Ruiz Massieu. “It is only natural that this [art] collection, the largest of its kind in the United States, has chosen this precise location to build its permanent home: the Yerba Buena Gardens. This place is a haven for all kinds of ideas, projects and expressions, located at the very heart of another haven, the city that takes pride in its tradition of tolerance, diversity and inclusion.”

An affiliate of the Smithsonian Institution, the Mexican Museum is the oldest museum in the country focusing on Mexican, Mexican-American and Chicano art. Its rich collection of art ranges from Mesoamerican to colonial art, and includes popular and contemporary to works as well.

At a time in which gentrification is rapidly displacing many longtime Latino residents from their neighborhoods, Tuesday’s celebration was an indication of what a museum can do for the Latino community in San Francisco.

“It basically says, ‘there is another part of the world,’” said the Mexican Museum’s Chairman, Andrew M. Kluger, of the irony of building the Mexican Museum as gentrification sweeps through the city. “The other part of the world is specifically this. We need to be aware of the importance of Mexican culture, Latin American culture and also Chicano—it’s part of [The City]. That’s really very important. Today was wonderful. To have high leadership from Mexico and high leadership from the United States to be here, it shows that everyone is behind this project.”

Among all of the richness that the museum will offer, all families will be welcomed to visit on Sundays, which will be free.