Nancy Pili: Our homegirl in the sky 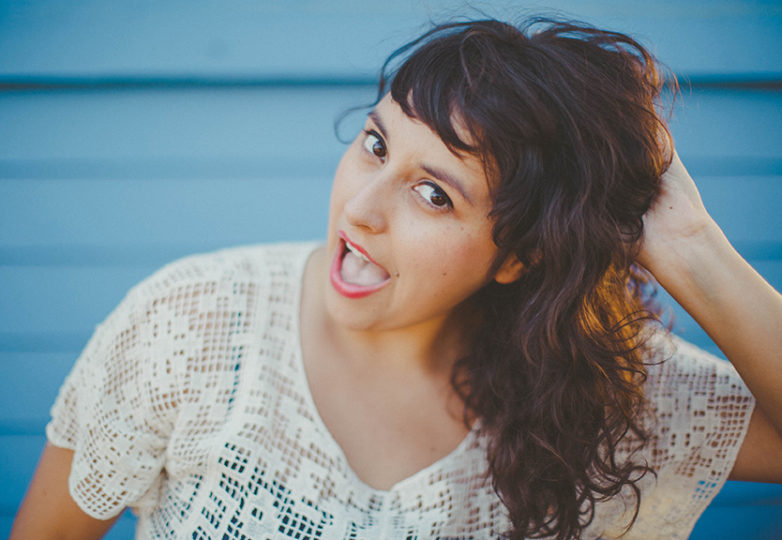 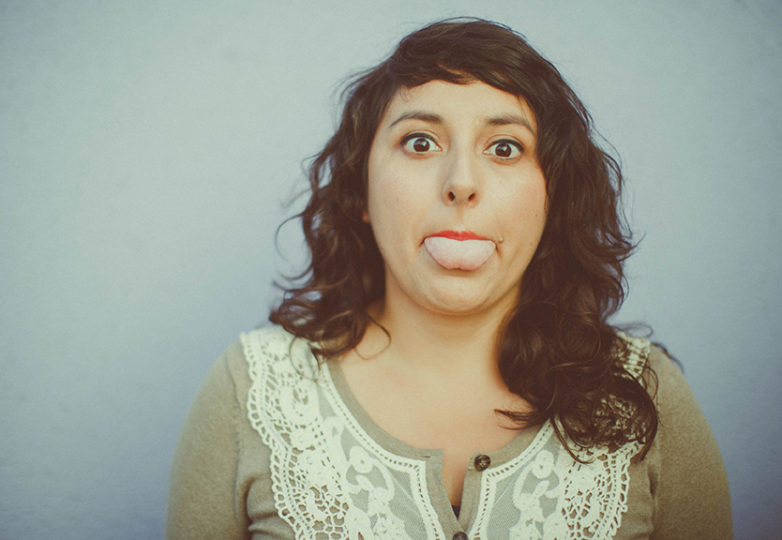 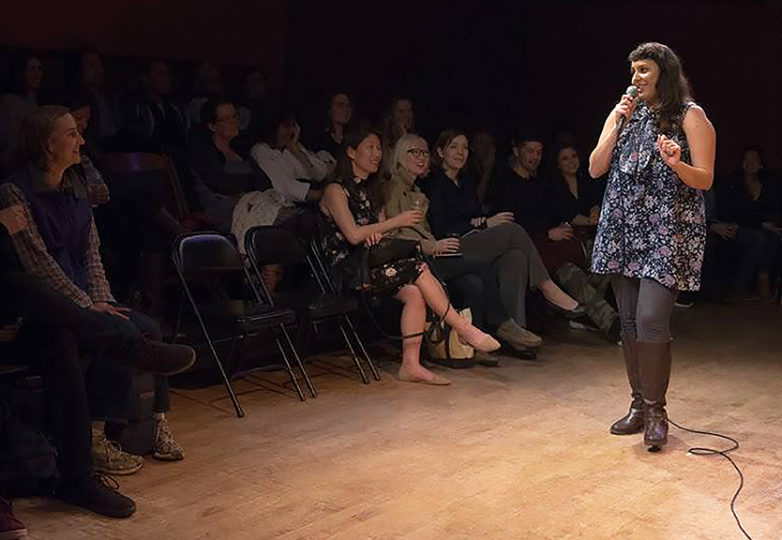 Nicole Calasich’s opening line is one that always brings a resounding laugh. She announces (and pronounces) her name in perfect Spanish, followed by, “I’m Latina, and I say it like that so you know it’s real.”

Calasich, a Mission resident, knows that her intro breaks the barrier between her and the mostly white audience. But it’s also way to affirm herself onstage because as a Latina stand-up comedian, the stage is lonely.

When you talk with Calasich, you can tell she’s confident in her skin and in the bold profession she has chosen. Still, an inner struggle remains.

“Anything non-traditional never seemed like an option. ‘Get a college education, get a good job and help your family,’ That’s kind of the narrative I was used to hearing,” said Calasich, recalling the unspoken expectations placed upon her as the child of Bolivian immigrants. Comedy is not a traditional career where financial stability is promised after even years of hard work.

Early on, Calasich recognized that in the world of comedy, “the output is a direct result of your input, and that cannot be said for every other job. I saw that and I became incredibly hungry for it.”

So what does a comedian do to succeed? Calasich commits to studying her tapes, taking lots of notes, rewriting jokes and keeping a pulse on the emotional forecast of her audience. Calasich has now established herself. She has worked with several headliners including San Francisco native, Ali Wong, and she produces four monthly shows in San Francisco.

For her, the transition into professional comedy felt natural. Before landing in the Feminist Studies department at U.C. Santa Cruz, Calasich took a stand-up comedy course. She rose and her journey with college sketch groups began. After graduation, she pursued comedy as hobby and ultimately realized it was her calling.

“The more artists I met the more I realized it was a fit for me,” she said. “You’re not constantly worried about your boss’s opinion or your family’s or anyone else’s. You are making things that matter to you and hopefully in some way connect with folks.”

Calasich acknowledges that making a living as an artist is a selfish choice, one that she is reminded of on a regular basis. As with any artist, the time and dedication it takes to hone a craft means missing out on other obligations. That proved difficult for her, especially growing up in a tightknit Latino family. Calasich has missed numerous birthday parties, quinceañeras and barbecues with her family, who live in Los Angeles.

On Jan. 27 and 28, Calasich opened four performances of “Gentrif*cked” at Brava Theater Center as part of the 16th Annual SF Sketchfest. Calasich set the tone at each show with several unapologetic lines about being a Latina feminist.

The show performed by The Latino Comedy Project, an Emmy-nominated sketch group based in Austin, emphasized the dangers of gentrification with illuminating, animated sketches and clever use of multimedia.

One of these sketches included a man on the street with a beer in one hand and a gun in the other who is outsmarting the land developer’s walking tour. Another is about a grandmother who was kicked out of her home but, thanks to virtual reality, gets some time in her old neighborhood, revealing her own history as well as the community’s. Another focuses on a Latina bombshell who analyzes how gentrification has infiltrated Latina celebrities’ bodies.

The Latino Comedy Project addresses issues of class, race and police brutality in their sketches, the most clever being one where a land developer and the home buyer are threatened by extraterrestrial beings planning to take over Earth. With some witty lines and slapstick humor the point is made clear—the gentrifiers don’t like the new folks in town.

The opportunity to partner with the Latino Comedy Project, whose work is meaningful and relevant given the impact gentrification has had in the Mission, was especially important for Calasich.

“I know how few of us [Latino comedians] there are, it’s thrilling to meet a whole group touching on relatable things,” she said. One of Calasich’s personal favorites was a video highlighting the culture of comedy, adequately titled “Homogeneous Improv Theater.”

She plans to organize a Latino comedy festival sometime in the future and hopes her partnership with the group will help move the project along.

Calasich said she hopes for the day when her crowd pleasing opening line—accent and all—will render a silent room, because the audience will finally get that being Latina and a comedian isn’t a punchline.

Catch Calasich at any of her current shows: “Brave New Jokes” at Dear Mom in the Mission every fourth Saturday at 7 p.m.; “Resistance is Fertile” at Rite Spot Café in the Mission every third Monday at 8 p.m.; “Jokelandish” at The Hatch in Oakland every third Wednesday at 8 p.m.; and beginning in April, “Attractive Camp” at Doc’s Lab in Chinatown every fourth Wednesday of the month at 8 p.m.

“La Posarela” musical: a Christmas celebration made in the Mission