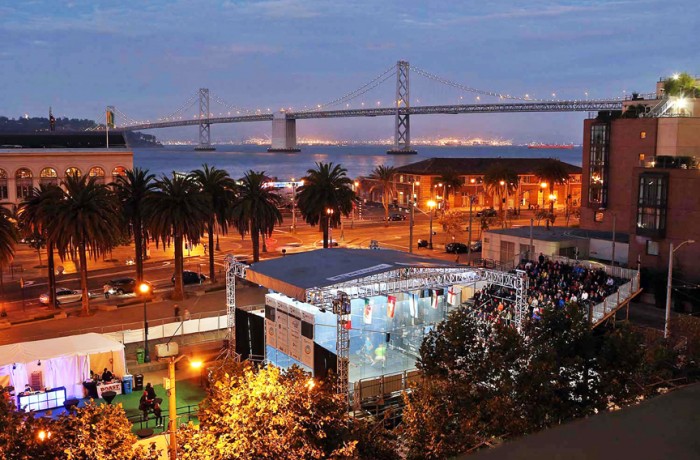 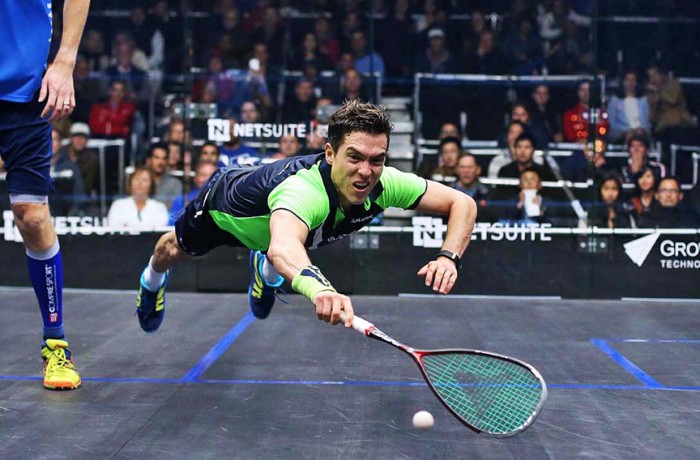 Miguel Angel Rodriguez, the highest ranked South American ever to play squash, dives for the ball during his Sept. 26 match against Australian Cameron Pilley at the 2015 NetSuite Open Squash Championships in San Francisco. The No. 5 world rated Rodriguez, aka “The Colombian Cannonball,” defeated Pilley, but lost in the semifinals to England’s Nick Matthew.