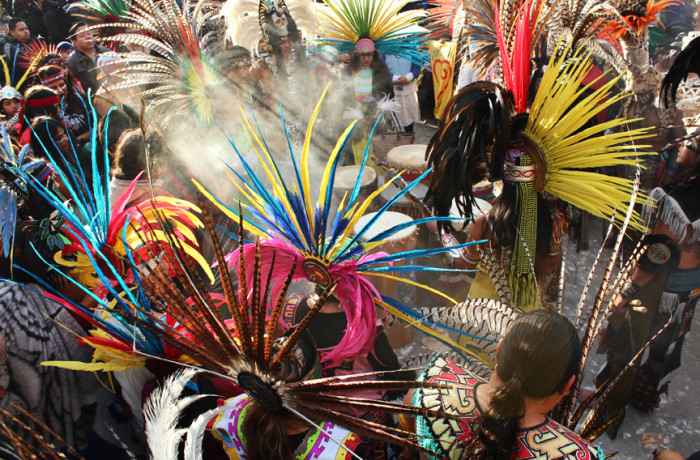 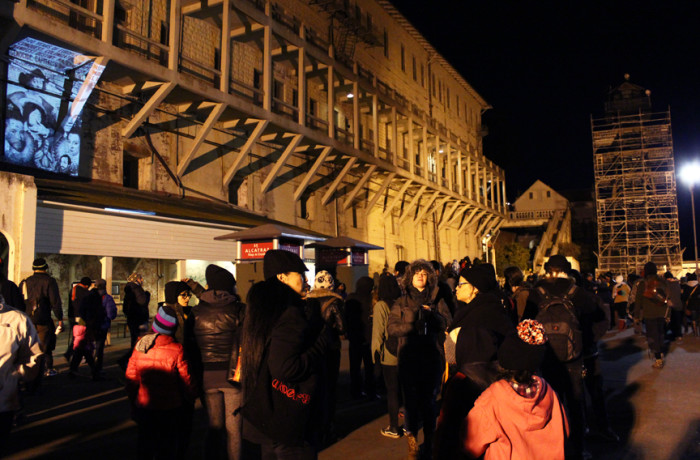 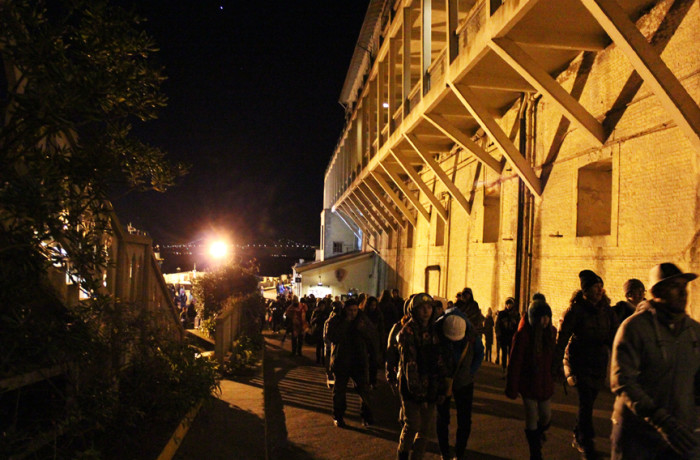 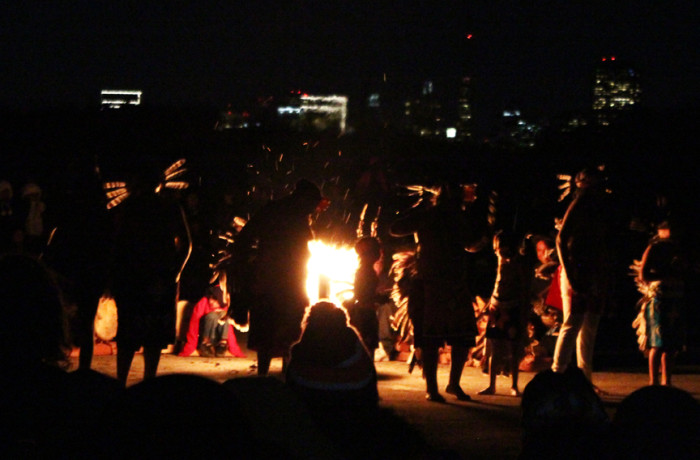 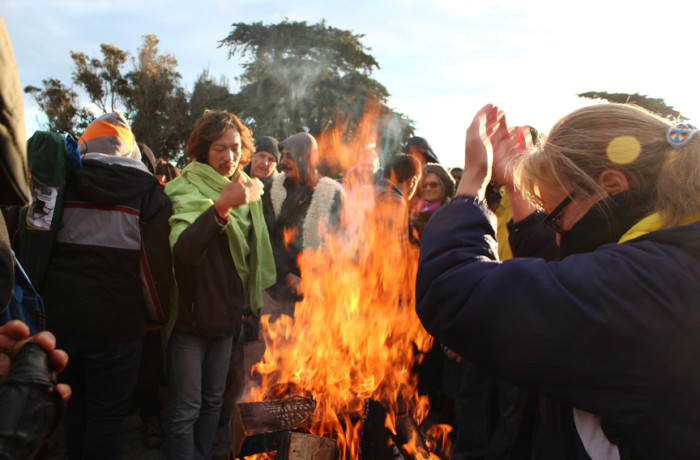 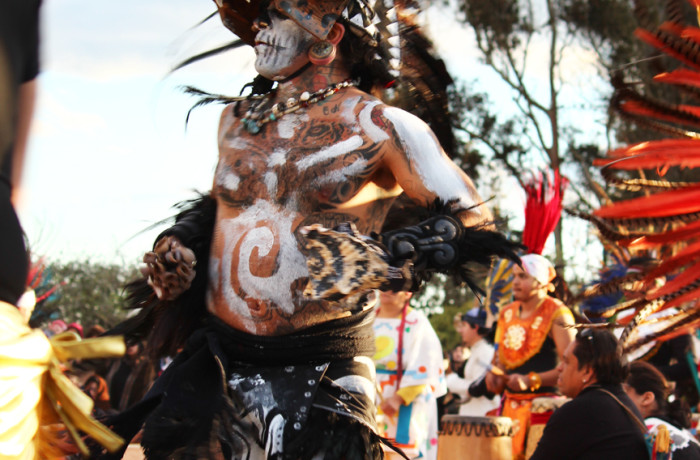 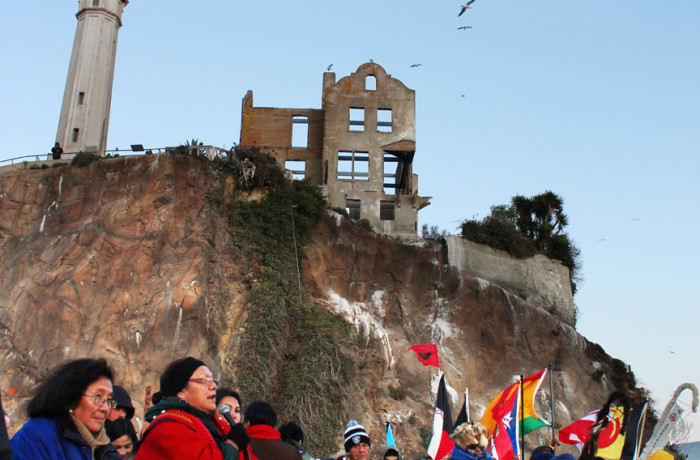 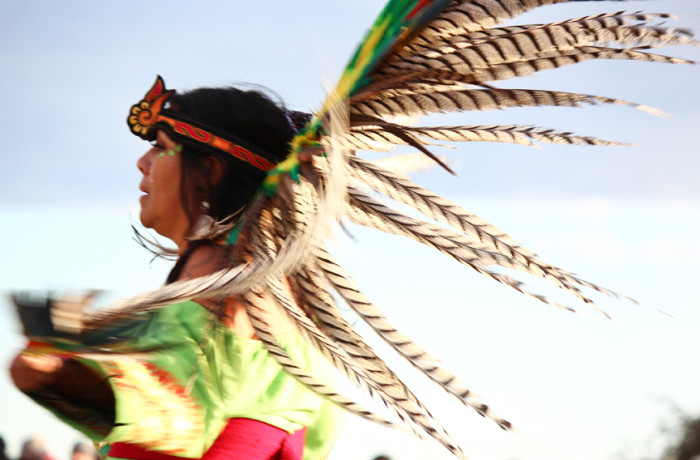 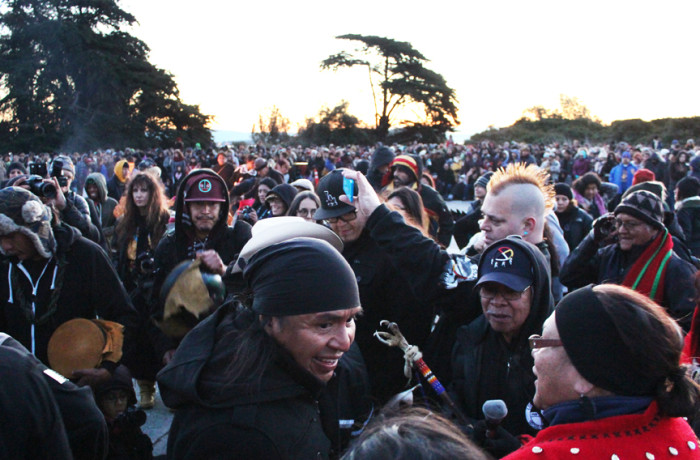 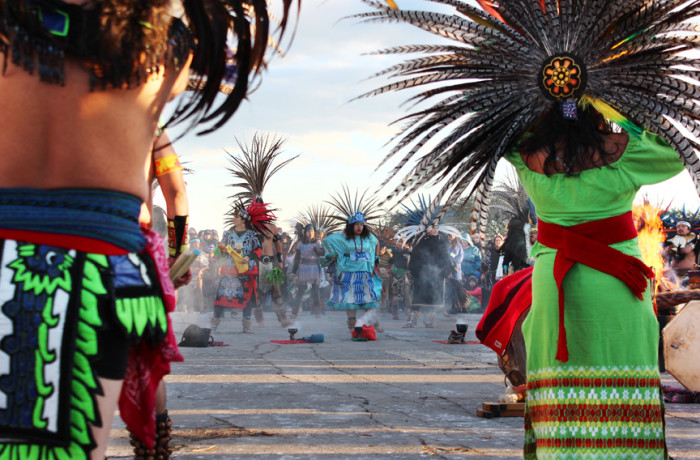 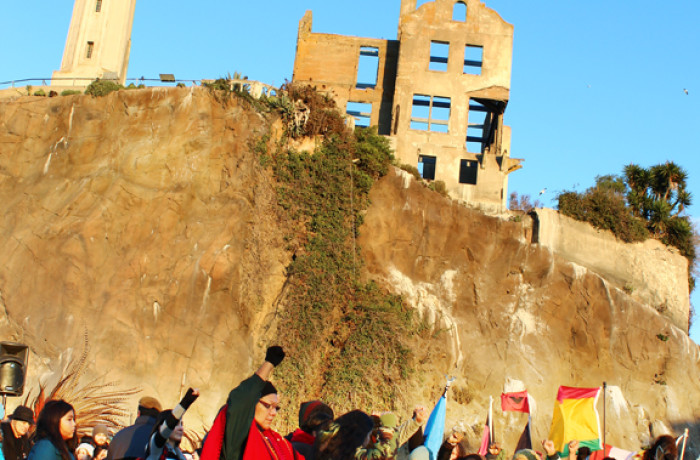 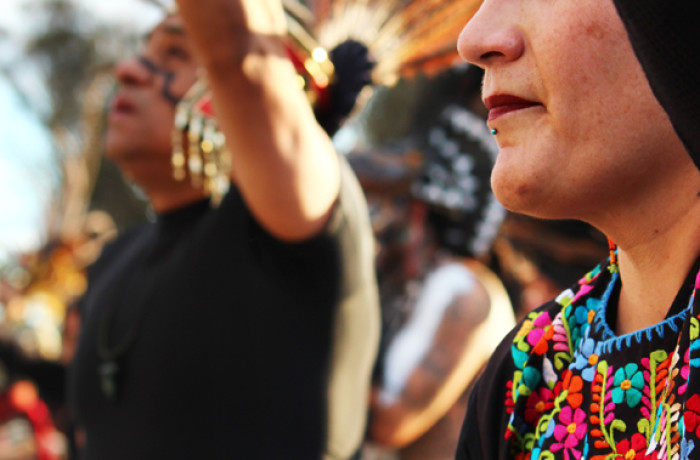 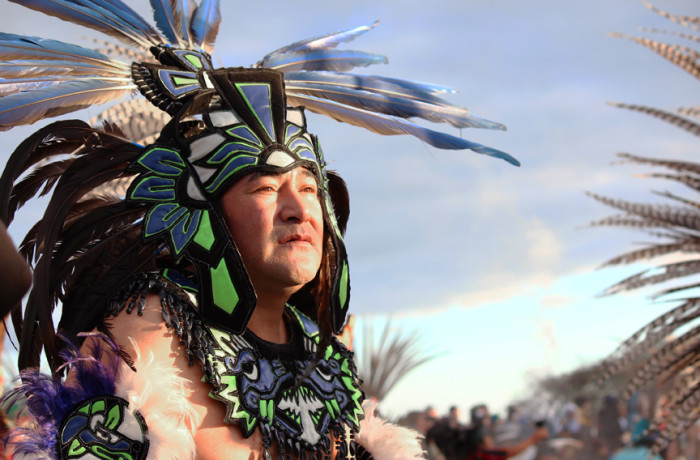 As dawn began to break on Thanksgiving Day and while most still slept, hundreds of people waited for the ferries at Pier 33.

The morning was very dark and cold, the crowd waiting in line to board the Alcatraz-bound boats and attend the annual Indigenous Peoples’ Thanksgiving Sunrise Gathering.

Once on Alcatraz, people began to gather near the top of the island, creating a large circle around a burning fire. Despite the intense cold, there was a warmth from those in attendance that could be felt in the air, a special warmth independent of the fire.

Soon after native peoples commenced to sing and dance around the campfire at the center of the circle—the rays of sunlight beginning to illuminate the San Francisco sky. Aztec dancers participated in the ceremony as well, with more than 100 of them dancing and praying to the sound of the drums as they wore headdresses and colorful regalia.

The ceremony ended around 9 a.m., and finally the circle opened so that those who attended could also say a prayer in front of the fire. The last remaining ferries finally made their return to Pier 33, full of adults and children with tired eyes, but with smiles that witnessed the symbolic ceremony.