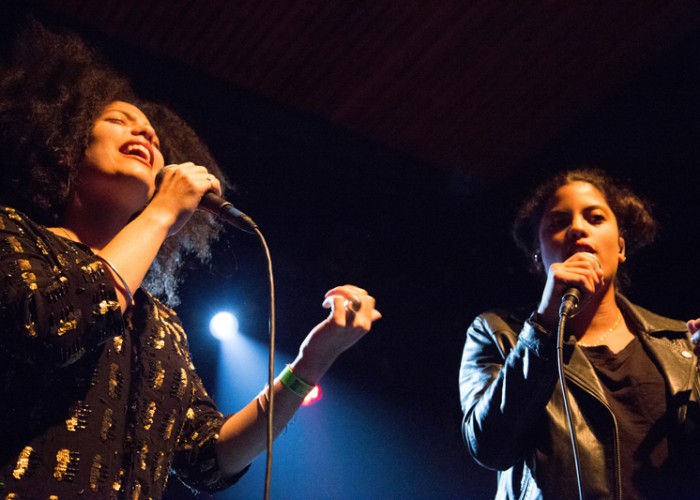 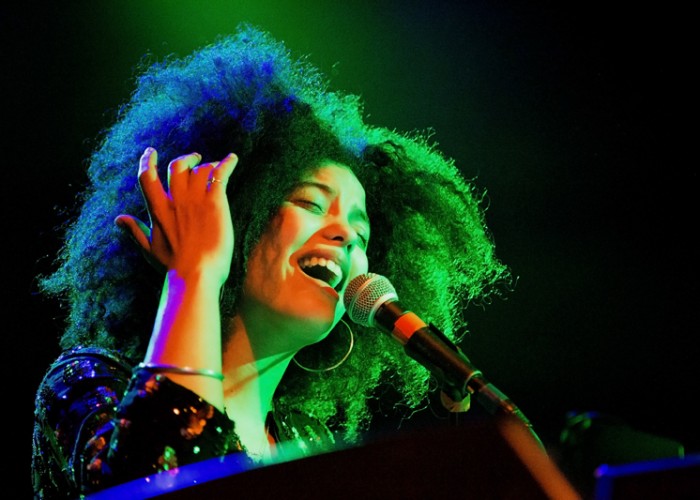 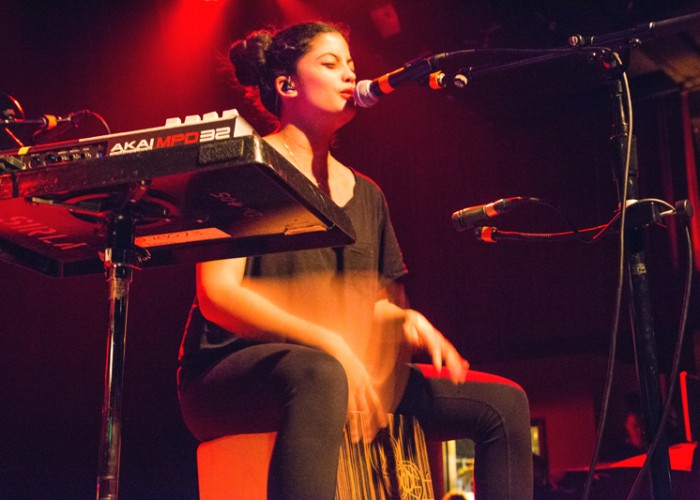 Naomi Díaz of Ibeyi sings and plays the cajón during Ibeyi’s show at The Independent in San Francisco on Thursday, April 2. Photo Elisa Parrino 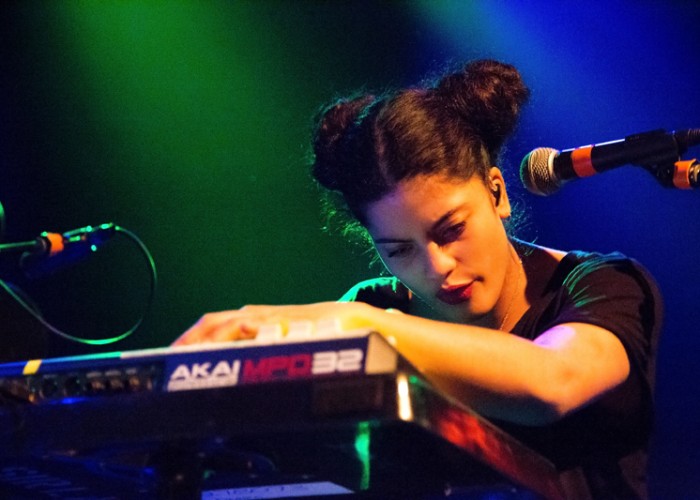 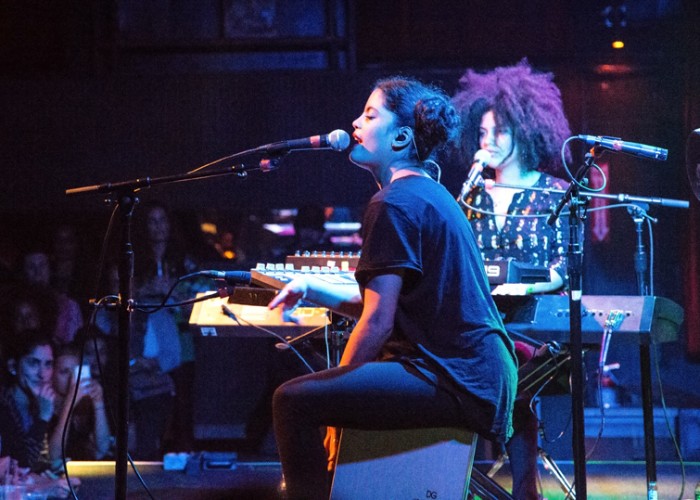 “We are Ibeyi,” chanted both Lisa-Kaindé Díaz and Naomi Díaz, lighting a candle each before the sold-out crowd at The Independent on April 2, and igniting their San Francisco debut. “We are twins. We are French and Cuban.”

And with those words, the 20-year-old sisters started what would be a spiritual and musical journey through their recent album, “Ibeyi”—translating roughly to “sacred divinity of twins” in Yoruban.

For more than an hour, the Paris-based duo with a strong affiliation to their Afro-Cuban roots, sang in English and Yoruban, displaying a sound that they’ve created through merging elements of their Yoruba heritage with soul, pop and Latin jazz.

As Ibeyi opened with a ritual chant sung in a capella, it became obvious that these young women have dealt with death and sorrow, yet there was no mourning. When singing together they seemingly grew stronger. Singles like “Mama Says”—about their mother’s grief after the death of their father, and how these two girls dealt with grief themselves—or “Yanira”—about their deceased older sister, which ends with the very brief sound of a life support monitor—certainly touch the heart.

But the highlighted feeling one got when Ibeyi was singing on stage stemmed from how these two women understand life and accept its hardships. It was a beautiful transition to watch. When they spoke to the audience, they resembled a pair of teenagers with their playful energy. When they sang, they grew mature and you could sense how they got strength from the company of each other. One way or the other, they captivated the audience from beginning to end—singing, clapping, and dancing, with an overall feeling of joy and empowerment.

Despite being twins, sisters Lisa-Kaindé and Naomi are very different. They explained how the Yoruban deities ”orishas” choose their daughters and sons: Naomi is the daughter of Chango, the god of thunder, music and drums. Lisa-Kaindé is the daughter of Yemaya, the great mother that rules the sea. The sisters’ harmony is based on their antagonisms; Lisa-Kaindé’s soulful vocals balance Naomi’s harder, electronica-edged production. Lisa-Kaindé is the lead voice and plays the piano; Naomi plays traditional Cuban percussion instruments the cajón and the Batá drum—like the one their father once played. Miguel “Anga” Díaz, who was a percussionist with the renowned Buena Vista Social Club, died in 2006 of a heart attack at age 45.

Deep emotions expressed by simple lyrics; traditional ancient religion that meets contemporary synthesizer rhythms; the universal topics of death and sorrow sometimes sung from the perspective of young hopeful girls, were some of the polarities Ibeyi displayed, but which seemed to balance and complete these women.

It was a nice surprise to hear a mainly English-speaking crowd singing choruses written in the ancient language of African slaves; songs dedicated to Oshun, the goddess of Love, and Eleggua, the orisha that opens the paths.

This mystical and rhythmical concert ended as it started: with a ritual chanting, sung by the Ibeyi and their crowd, celebrating the divinity of twins.