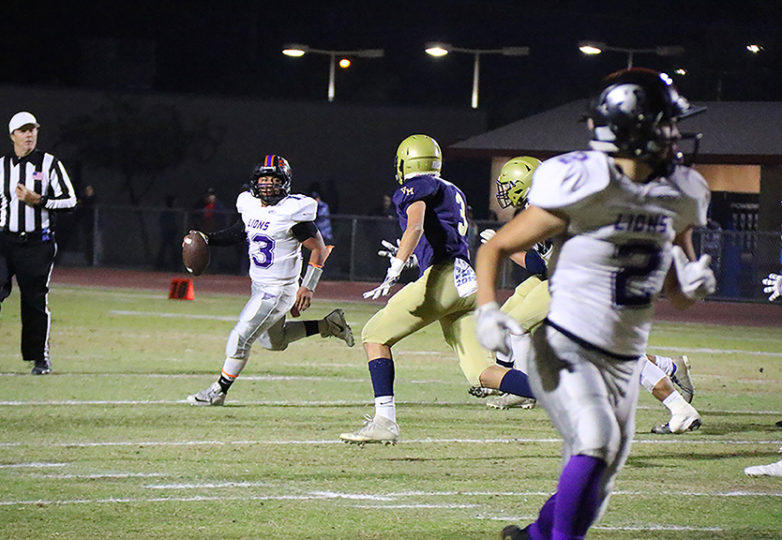 Galileo quarterback Adrian Poot threw for a pair of touchdowns on Dec. 16, 2017, leading his team to a 38-20 victory over Vincent Memorial High School, and the city’s first state championship. Photo: Robert Schnitzer 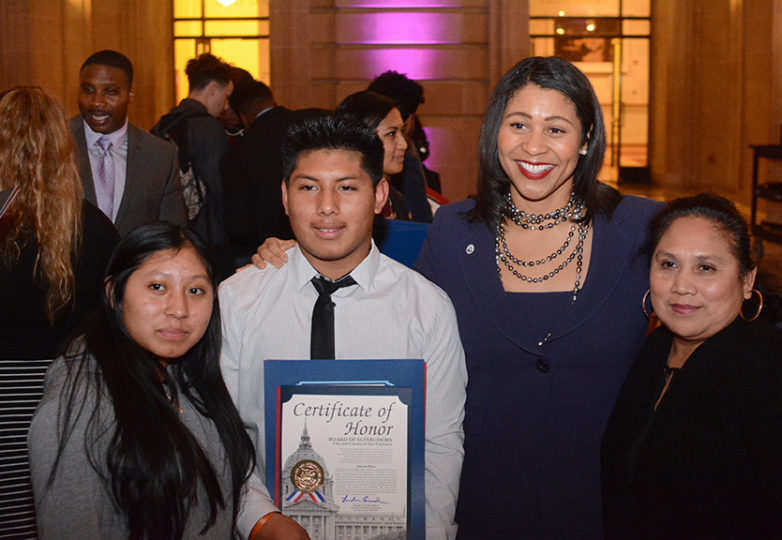 Senior quarterback Adrian Poot and his Galileo High School football teammates celebrated Jan. 29 at City Hall, a feat no other San Francisco school had ever achieved: winning a state championship.

Poot, who is of Mayan ancestry, led Galileo High Lions to a 38-20 victory over Vincent Memorial High School on Dec. 16, 2017. Standing at just 5-foot-3, he isn’t the prototypical football player, let alone the prototypical quarterback.

In fact, Lion’s head coach Mark Huynh recalls the moment when Poot showed up for team tryouts a few years back. To put it bluntly, Huynh and his coaching staff had their doubts.

“He came out freshman year and said, ‘Coach, I want to try out for quarterback,’” said Huynh, smiling. “And I looked at the coaches and we were like, ‘No, no, not you, not you.’ So we were laughing about that for a while and he kept working his butt off and one day a quarterback couldn’t play the game, so he started that week. What we saw in practice was, ‘Oh my gosh.’ He’s very commanding, very calm. Even though he’s got a slight accent, he was strong with his voice, so we knew that’s the quarterback of the future.”

It wasn’t all that long ago that Poot decided to pursue football. A surprise to his family at first, they supported Poot’s decision back when he was in middle school.

“They were surprised because I’m small,” Poot said of his family when they learned of his passion for football. “But they knew that I could be strong, be proud and yet humble playing this game.”

Poot and his family take pride in their Mayan ancestral roots.

“Personally, it feels very special for me, because I’m the only child in the family to ever play football. Everyone else plays soccer and basketball, but I’m the only one who plays American football,” said Poot.

It’s been a few weeks now since Poot threw for two touchdowns in the championship game, but he still finds it hard to believe what happened that night in Calexico, CA, just a mile from the Mexican border.

“I have no words to explain it,” he said. “Sadness, but also cheerful inside—that fire built up real good.”

Poot’s mother Josefina stood at San Francisco City Hall with tears of joy streaming down her face as she watched her son celebrate with his teammates.

“I feel so proud and blessed by God because my son’s goal was to win, and thankfully he was able to achieve that,” Josefina said. “I was nervous throughout the game, but when I saw that they had won I felt so much joy. I felt excitement just knowing that my son’s team won. Thank God they went as far as they wanted—til the end.”

Galileo’s victory is also an important accomplishment for San Francisco, an achievement that had never been done by any city school, public or private.

“I’m just so proud,” said District 5 Supervisor London Breed. The president of San Francisco’s Board of Supervisors and a mayoral candidate, she is also a Galileo alumni. “What a great team and what a great group of young men. They brought back a state championship, that means they defeated the best of the best in the whole state of California and to emerge in this way, to shine this incredible light on San Francisco, it means a lot. It just shows you what hard work can do.”

Among others at the evening’s celebration was former 49ers defensive end and Super Bowl champion, Dennis Brown, who congratulated the team for their memorable accomplishment.

“I think anything, as far as youth sports goes and in the city here, is important,” said Brown. “It’s important for these young athletes because this is the first time they’ve won a state championship. These young men, these young athletes will be etched in history now for this high school. It’s huge for them because it’s going to build their self-esteem, their awareness and hopefully they’ll build on this and do bigger things.”

As for the starting quarterback, who has made a name for himself at Galileo, Poot plans to try out for the City College of San Francisco Rams football team. And if that doesn’t work for him, he plans to start his own business.

Threading the Life of a Mayan