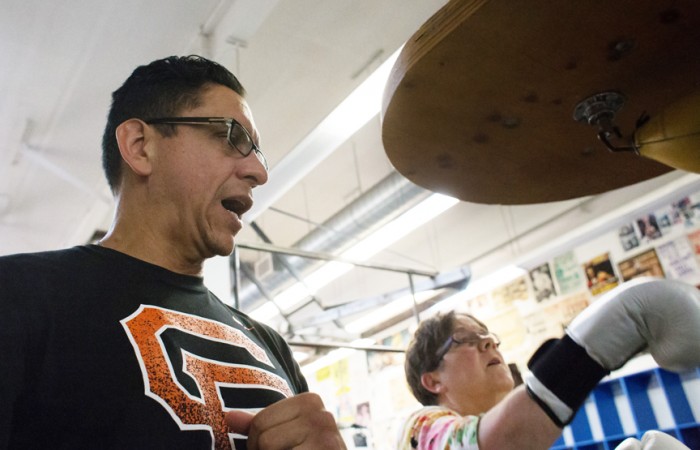 Freddy Silva and Linda Richman at the punching ball in Polk Street Gym on May 13, 2015. Photos by Elisa Parrino. 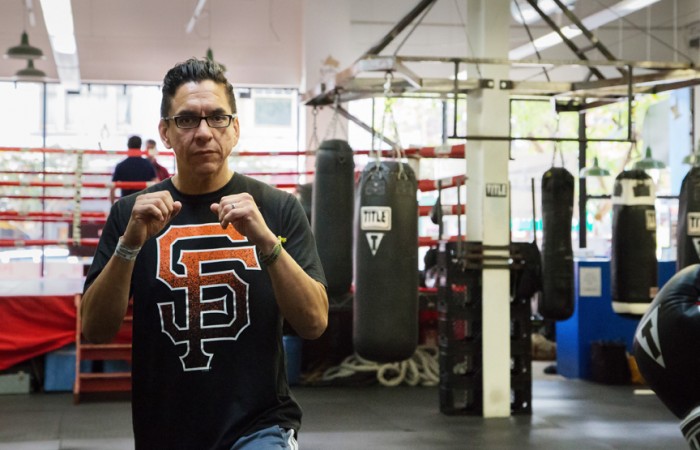 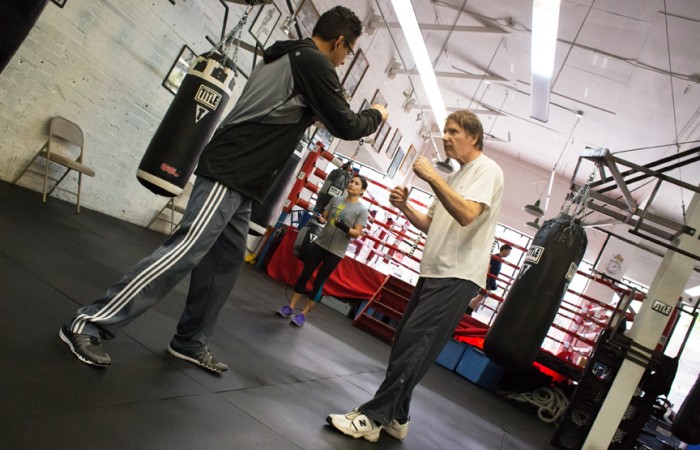 Freddy Silva and Jeff Callen, practicing one step of the series of exercises that are assigned during class, On May 13, 2015. Photo Elisa Parrino. 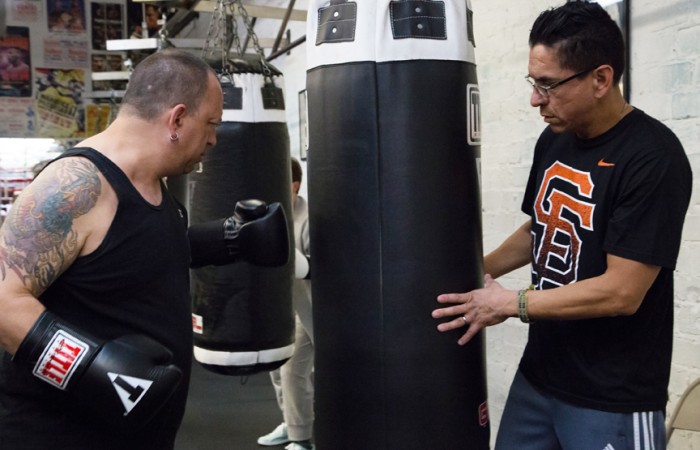 Freddy Silva with David gamarra at the punching bag, on May 13, 2015. Photo Elisa Parrino