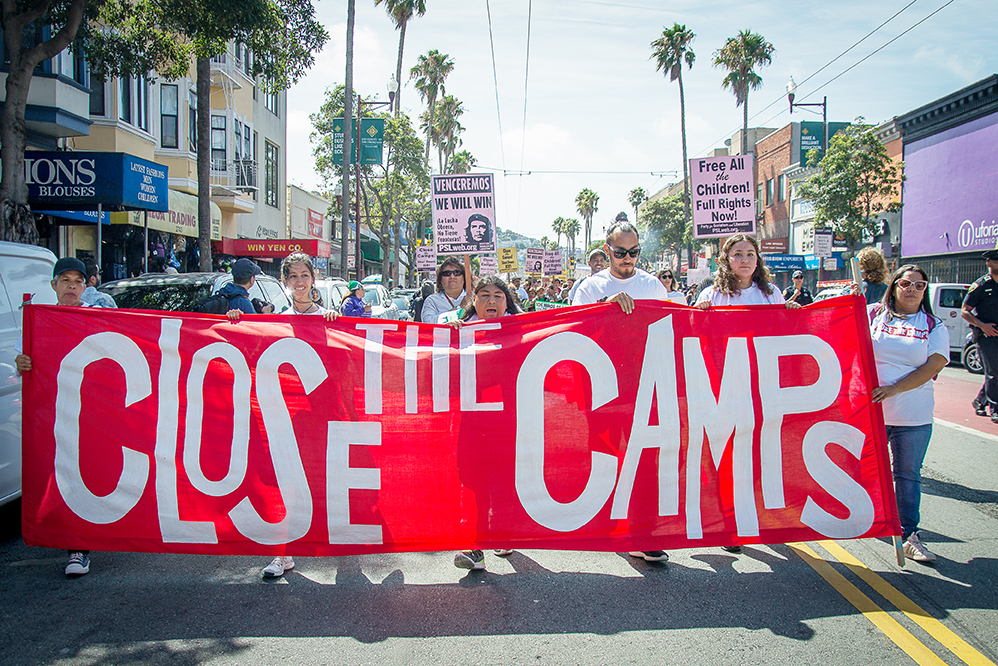 The U.S. government caging our children, our seedlings and future, is no accident according to Lorena de La Rosa from Instituto Familiar de la Raza. By taking our kids away, they are coming for our families, our hearts, and our esperanza. Famila is central to Latinx culture and separating families is meant to leave us defeated.

As a daughter of immigrants and proud Chicana, I am ashamed to admit that I tried to ignore these issues that matter. I felt powerless when any small action I made to advocate for immigrants seemed to be met with more heartbreaking news. Between the horrifying ICE raids, the children dying in the concentration camps, and Trump-endorsed racist rhetoric leading up to the white supremacist attack in El Paso targetting the Latinx community, I felt hopeless.

Then on Sept. 16, I marched down Mission Street to City Hall alongside hundreds of people protesting with the Close the Camps – Free Our Children Coalition. As I heard my voice join la gente unida, I felt a surge of energy enter my spirit. The electricity of people of all ages standing firm together against strategic hate towards La Raza made me laugh to myself. They thought we could be divided. Even I believed we were fated to watch them cage our future up without power to resist.

I felt small against the backdrop of white supremacy. Yet I was reminded that la lucha is not new to our people. The land beneath our feet grounds us in the past of our ancestors who know la lucha. Unfortunately, this is not the first time others have wanted us to disappear. Fortunately, in every generation there have been great leaders who remind us of the strength within us. They remind us that the future is still ours because we come from a legacy of people who organize, stand up and fight back.

Among those leaders is Roberto Hernandez who helped organize the march on Mexican Independence Day. And much like leaders before him, he reminded us that independence is not ours yet, and right now, “[Trump] has declared a war against our people so we’re standing up and we’re gonna fight back.”

Truthfully, I left the march feeling confused because I felt our chants changed nothing for the people who remain in cages for seeking a better life. But after talking with friends and family, I realized that I was missing the point. White culture has convinced me that everything needs to show immediate results or it has no value.

The value is soaking in the frustration of our broken system and feeling charged to change it. Of course we will have seasons feeling defeated, but we have our roots reminding us that we are not alone in our journey. We are alive together in spirit and in action.

From hundreds protesting at City Hall, to organizations dedicated to stopping companies like Palantir, which in 2014 was awarded a $41 million contract with ICE, to California banning private prisons (including ICE “detention centers”), we will not be divided. We will not be defeated, we will not be broken or caged.