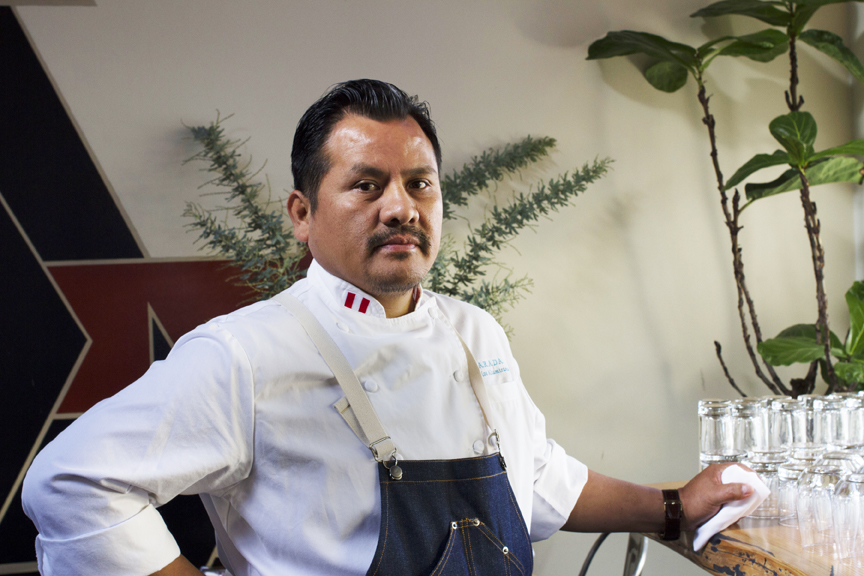 An apprentice in his mother Josefina’s hole-in-the-wall restaurant nestled in the small desert city of Nazca, Peru, Carlos Altamirano—then 23 years old—had a decision to make: stay in his mother’s kitchen, or chase his own culinary dream.

“When I was a child, I was always watching movies. [I thought] ‘One day, I want to be there. One day I want to be in America,’” remembered Altamirano, who would routinely help his mother in the kitchen preparing traditional Peruvian stews and dishes, like Ají de Gallina and Lomo Saltado, among others.

“I said, ‘Mom, I love to cook. Maybe it’s time for me to move on…to America. Maybe I can do my career over there.’”
It was the start to a culinary career rooted in humility, with Altamirano leaving his native homeland to start as a dishwasher at Restaurant Lulu on Folsom street in the SoMa in 1994.

A decade later, he would open his first Peruvian restaurant, Mochica, in San Francisco, beginning what is today a Peruvian Bay Area restaurant empire that spans across the Peninsula to the East Bay. Chef Altamirano’s latest venture, Parada in Walnut Creek, debuted in June 2015.

“I [have] to thank my family first for the education that they gave me. So when I got the first job, I guess I just focused on what I was doing: just washing pots,” said Altamirano, now 44. “That’s where I met this excellent chef. He taught me a lot. He’s just amazing. He inspired me to be something like him in the future.”

That chef was the nationally renowned Reed Hearon, who nurtured Altamirano’s talents, the same ones Altamirano had honed in his mother’s kitchen in Peru.

“He saw I was focused, and he said, ‘Well, I don’t want this kid just to be a dishwasher, I have to do something for him,’” said Altamirano, who became a chef under Hearon’s guidance. “He saw that in me.”

Others saw it too. Working in various restaurants in the mid-1990s, Altamirano studied under numerous accomplished San Francisco chefs, borrowing a bit from each to forge a style completely his own. His talent growing, it wasn’t long before Altamirano was faced with yet another decision: whether or not to venture out once again and start his own business. It was a decision that brought him back to his roots.

It was late in 2003 when Altamirano took a month-long trip to Peru, visiting different cities while exploring the different foods and ingredients of his homeland, the ones that would eventually make his new San Francisco business a success.

Mochica opened on Harrison Street in 2004, the name being a tribute to the ancient Moche civilization and culture of Peru. Altamirano’s tapas bar, Piqueo’s, in Bernal Heights followed in 2007, and La Costañera—the contemporary restaurant overlooking the Pacific Ocean just north of Half Moon Bay—opened in 2009, earning a Michelin star three years straight in 2011, 2012 and 2013.

Altamirano also founded Sanguchon, a Peruvian food truck and catering service, and is looking to expand his empire with another establishment in Emeryville, on which construction is scheduled to begin late next year.

“I’m not done,” said Altamirano, whose passion for continuously exploring the hidden secrets of Peruvian cuisine while exposing people to food they’ve never had hasn’t waned. It’s the same passion that was fostered in his mother’s kitchen.

“She’s very proud of me,” said Altamirano of his mother. “I’m a mama’s boy. I’m very thankful she taught me back home.”