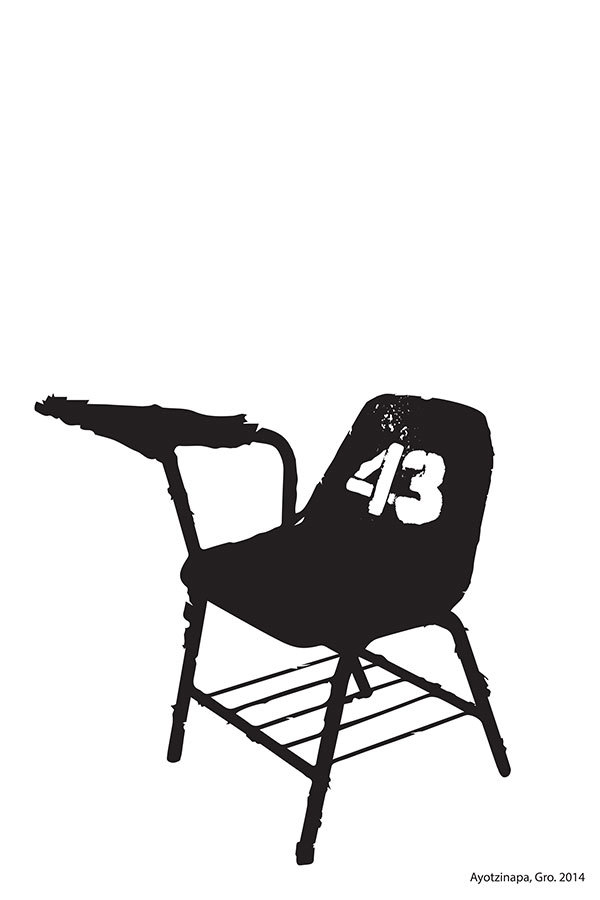 “In the midst of the polarization and loneliness lived in a country like Mexico, we have started to forget that the pain caused by injustice onto others, ought to be our own pain.”

—Anabel Hernández, journalist and author of “The true night of Iguala”

The title of today’s column is a constant scream in the streets of the American continent: Neither pardon nor forgiveness!

Complaints for justice, demanding the clarification of so many crimes that have had neither solution nor punishment, are heard from Mexico to the Patagonia—crimes committed by individuals representing many diverse governments, that have imposed the disappearance of their citizens as a cruel repressive formula.

The forced disappearance—rarely clarified—of so many people, is a constant cruelty.

The families and friends suffer continuously, because they do not lose the hope that those men, women and children, who were detained and then disappeared, one day will again cross the threshold of their homes, alive.

It is said that, “The last thing we lose is hope.” If so, those who search and wait for their loved ones do no rest. Within them, contradictory ideas cohabitate, traveling from the positive to the negative, back and forth, a ceaseless and tiresome swing, like a poorly-oiled door creaking inside their minds. A horrible torture,  a drop of water that falls, falls, falls… endlessly.

An example: the 27th of this month will be three years since the disappearance of 43 students in Iguala, Mexico, all students from the Rural School Isidro Burgos, from Ayotzinapa.

That fateful night, some kind of malign trickery, a fetid curtain of smoke, or of blood, was raised to cover up the crime that took away so many young men, whose only “crime” had been to dream of a better world—for themselves, their families, their country.

Nevertheless, those who hold the power in Mexico would not allow them to dream and the dream became instead a nightmare. That night, a dirty mix of politicians and drug dealers, backed by official and unofficial armies, decided to disappear those 43 humble dreamers, working-class children.

Apparently, the students were assassinated and then their mortal remains were burned and thrown into a river, or their ashes were dispersed in garbage dumps.

Almost right away the story broke out, not only in Mexico, but all over the world, in spite of a long silent period from the government, while the Mexican authorities prepared their official version of the facts, which would eventually be called “the historic truth.”

In that “historic truth” the government does not accept any responsibility, contradicting what the rest of the world believes: that the guilty comes from a dirty alliance between government police and troops, which most likely covered-up the facts with the help of  drug dealers..

Although that “historic truth” has put in jail dozens of mostly poor Mexicans, including some police, men and women and many civilians, it appears that none of those jailed participated in the deeds. They are scapegoats. The cover up continues—coarse, obvious, brutal, cynical.

Nor are those 43 students the only “disappeared” in the Americas. They are not even the most recent. Each day more people disappear, in almost every country.

Another example: Aug. 1 of this year, in the south of Argentina, Santiago Maldonado, a young man of 28, disappeared. The official version, which keeps changing, is that he drowned in a river (although his body has not been found) …or maybe he escaped into Chile.

The unofficial version: Those guilty of his disappearance were members of the National Argentine Gendarmerie, a security force that operates within the realm of the Security Ministry of the Executive Power. High-level people in the Argentine government, including President Mauricio Macri and Security  Minister Patricia Bullrich, were denounced  by the Argentine League of Human Rights, for the cover-up of the forced disappearance of Santiago Maldonado.

According to those who know him, Santiago is a nature lover, a backpacker and a tattoo artist who worked at artisan fairs. It is also known that he supported the struggle of the Indigenous communities for their ancestral territories.

Those native peoples are the Mapuches, who have struggled for centuries for their lands in Argentina as well as in Chile. They first fought against the Spaniards and now they struggle against the Chilean and Argentinian governments. People like Santiago Maldonado, supporters the struggle of the Mapuches, are considered enemies, or traitors, by both governments. The solidarity for the Indigenous cause expressed by Maldonado is, most certainly, the reason behind his disappearance.

Sept. 11 marked 44 years since the military coup in Chile against the democratic government of Salvador Allende.

When I wanted to remember and honor the many people who were killed and/or disappeared because of the fateful coup in 1973, there were a few who told me, “You have to look forwards, don’t get stuck in the past. Forget. Pardon.”

Thinking about the 43 young men from Ayotzinapa, or about the thousands disappeared in Chile, or about Santiago Maldonado, feeling that they all stay alive in our memories, in our hearts, I then repeat that continental clamor and answer: Neither pardon nor forgiveness!