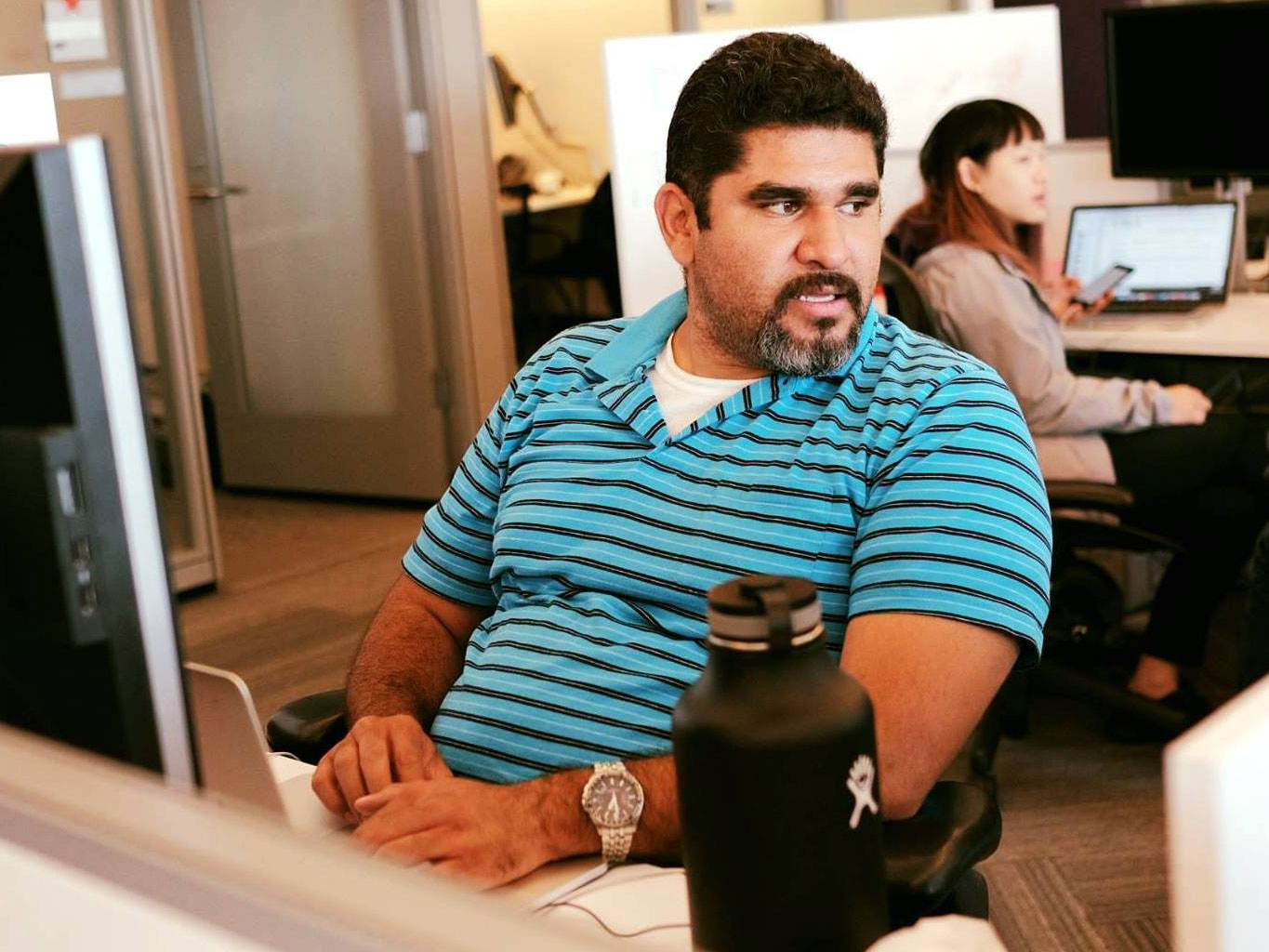 In celebration of open dialogue

The first thing you notice about Aarón Martinez is his kind face and warm, positive energy. Without even knowing him well, you can tell he cares about others and that he works hard. Martinez is a first-generation Mexican-American from the central Mexican state of San Luis Potosí and the first subject in our series of profiles on professional Latino engineers, who are or have been members of the Society for Hispanic Professional Engineers (SHPE).

Originally from the farming town of Oxnard in Southern California, Martinez now works in San Francisco at the tech headquarters for Macy’s, one of the United States’ oldest and largest retail companies. Martinez builds software to “help the productivity of other colleagues to get their work done, which in the bigger picture will help drive sales for [my company].” As an adult, he is goal-oriented and driven, but it hasn’t always been that way.

“Growing up, I was influenced by my family and friends, mostly.  In good ways and not so good ways,” he said, adding that “it’s easy to find bad influences.”

He says he became interested in engineering, computers specifically, when he was in fourth grade and a teacher taught his class how computers worked. This exposure at an early age was crucial to planting the seed of engineering as a future profession for Martinez. As he put it: if it’s something simple enough that even a fourth grader could grasp it, and yet a skill that commands hundreds of thousands of dollars on the job market, it must be pretty worthwhile.

Martinez started off his post-high school education at a junior college where, he admits, he struggled to find himself and his footing at times. The transition from high school to college can be difficult; suddenly there is much more time and no bells or hall monitors to tell you where to go or how quickly to get there.

It wasn’t until he was in English class sharing his intention to study engineering with a classmate, that he was first told to check out SHPE.

“I signed up that year, but didn’t really become active until two years later,”  he said.

While the transition from high school to junior college is one jump, the transition to university is another. “[At Cal Poly] I had culture shock,” he said. “There were so many people and SHPE helped me find community, find people close to my roots.”

It was during this time that Martinez began to grow into himself. “I was shy, I avoided speaking in public but SHPE offered resources and practice with that. They helped me tell my story that others might relate to. They helped me find my voice.”

The community, sharing a common history, language, and goal of graduating with a STEM (Science/Technology/Engineering/Mathematics) degree, proved invaluable for Martinez.

“SHPE was a very key factor in my success of finishing my degree,” he said. “I struggled in school, but I had a great support system within the chapter and just being around other individuals that had a common goal of getting their degree in Engineering really helped me to not give up and continue.”

When asked about advice for what he’s learned or what he would do differently having gone through his journey, Martinez offered a few key pieces of wisdom: 1) find your community (or even a community) and find others who share your goal and can help you as much as you can help them, and 2) learn how to be effective at studying and learn to manage your time.

“I know I didn’t know how to study or manage my time while in college, which was one of the reasons why I struggled,” he said. “I am much better at this, and this is one thing I wish I knew more about when I was in college.”

In the path to success, Martinez’s story shows us that it’s often the little things that can make or break that journey. Perseverance, hard work, and community can go a long way toward helping us get to where we want to go. For Marinez, his future is bright and he hopes to get more involved with SHPE at a professional level in the future. For SHPE, they can count Martinez among one of their tens of thousands of success stories.