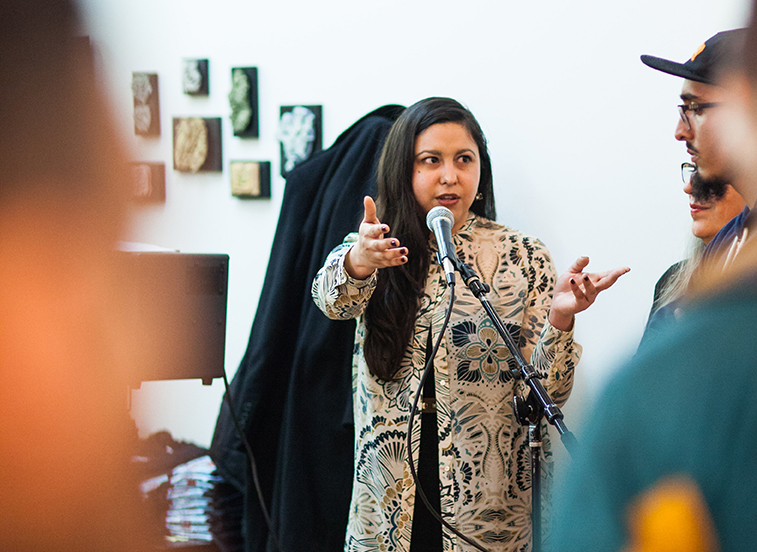 It is with a bittersweet heart that I want to let everyone know that next week will be my last as El Tecolote’s photography editor. I’ve tried telling as many of you as possible individually, but the reality is that I’ve come in contact with so many amazing people through this work, that I realize a public announcement is the most efficient way to go.

I started in 2008 in the same way that almost everyone else gets their start at this newspaper: as a volunteer. It was my first year in San Francisco and I was a journalism major at SF State. I was still getting to know the city and had made my way to the Mission to explore. At one of the corner shops I picked up a copy of El Tecolote. I had never seen a bilingual newspaper, much less one that was such an unapologetic advocate of the Latino community. I immediately felt a need to be a part of their mission and decided to see how I could contribute to their important work.

I was so nervous when I came in to the office for the first time to speak with then editor Rose Arrieta, the first person who welcomed me here. I wanted to be a photographer, so she asked to see my portfolio, which I didn’t think was all that impressive at that time.

After a few minutes of looking at my photos, Rose asked me when I could get started. “Just like that?” I thought. I couldn’t believe it. As I left the office that first day, I was walking on air. I did whatever I could that first year, take photos, write, translate and copyedit.

I became the photo editor in 2011; and in 2013 I organized and curated the first annual Latino Life photography exhibit to showcase the best work by El Tecolote’s volunteer photographers. Now in its fifth year, it remains the only ongoing photography event in the Bay Area dedicated to highlighting the Latino experience.

In 2016 we published El Tecolote’s first and only special photography edition, and in 2017 our photo team took nine of the 10 photo awards available to non-daily print publications at the San Francisco Press Club’s Greater Bay Area Journalism Awards. Seeing our photographers grow and strengthen the visual documentation of our history has been one of the most rewarding parts of this work.

At various times I’ve also served as office manager, advertising manager and mentored youth in journalism through internships in our programs Fuerza Joven in 2013 and Chicas y Mujeres Poderosas earlier this year. For the last few years I’ve also done the layout design of our print edition and served as an assistant editor.

In these 10 years since I started here, El Tecolote and Acción Latina have become deeply intertwined with the fabric of my life, from the community events I’ve experienced, to the friends I’ve made and the stories we’ve covered together. Every activity or person I’ve been in contact with for this last decade is no more than one degree removed from this organization.

This is truly my Tecofamilia. We’ve gone from the grief of losing Alfonso Texidor to lung cancer; to welcoming new life when our editor-in-chief Alexis became the father of twins. Together we’ve experienced the thrill of uncovering important stories; the success of winning awards for our work; the sadness of covering the tragedies in our community; and the hilarity of reading hate mail from the far right.

This family has always been there for me, offering me everything from emotional support to a roof over my head during the hard times.

But perhaps what I’ll miss the most will be our day-to-day newsroom banter, ranging from venting about our personal lives to laughing at memes. And as much as we’ve tried to avoid staying up too late finishing the paper every other week, I will definitely miss those legendary late production nights.

Working at El Tecolote has allowed me to understand and be a part of the Mission community in a way that few other experiences can offer. As sad as I am to leave this position, I take comfort in the words of one of our former Executive Directors, Eva Martinez: “once you become a part of Teco, you never really leave.” While I won’t be here every week in the same way that I had been for so many years, I will remain involved contributing stories and photos for as long as I can. By taking a step back from my position behind the desk, I hope to spend more time behind the camera.

This is not a goodbye, but an hasta siempre.