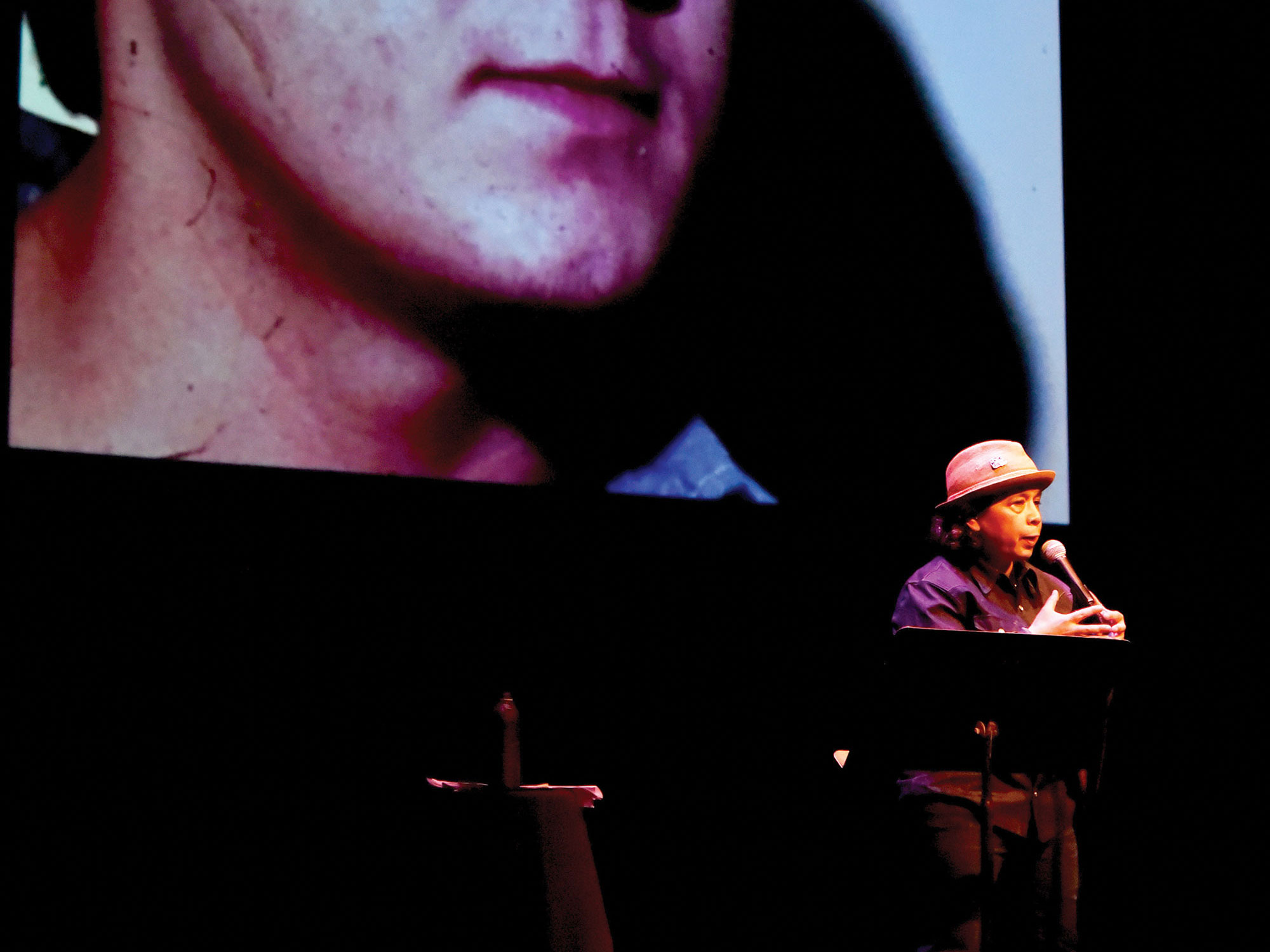 Back In 1969, the Los Siete movement galvanized the Mission community—creating a publication called Basta Ya! and free breakfast program and the free legal clinic known as Raza Centro Legal. It inspired many other social movements and has since entered local legend and lore.

To Majano, it seems the Los Siete story is something that everyone in the neighborhood has an anecdote about. “So and so, that’s my uncle … my Father knew them,” she says, adding,  “Everybody bumps into this story. It’s like the Mission creek that’s underneath our feet. It comes up and touches us.”

Naturally, since it is a story that everyone has a stake in, it would make sense that the whole village partake in its telling. “With all the collaboration, people will continue to do research and tell the story in different formats,” she says. “That’s the most exciting part, watching that unfold.”

In fitting form, this spring witnessed a re-galvanizing, as several community-based groups teamed up to commemorate Los Siete’s 50th anniversary, by producing an array of projects to accompany Majano’s presentation at Brava Theater (April 26-27).

PODER’s “Bicis del Pueblo” partnered with Shaping SF and Acción Latina to lead a historical, “Strictly Ghetto Property” Bike tour—which was based on author Marjorie Heins’ 1972 book on Los Siete by the same name. And El Tecolote has featured a half dozen articles on Los Siete from March to May (the last of which you are now reading).

Majano even hand-picked a dream team of local musicians dubbed “The Comrades” to provide the score for her Brava event.

“I named the band The Comrades because that’s exactly what I need, a good friend on stage with me,” she says, referencing Greg Landau (guitar), Silvestre Martinez (drums/timbales), Javier Navarrette (congas), Juan Luiz Perez (singer/multi-instrumentalist), and Ruben Sandoval (trombone/keyboards). “I couldn’t imagine a better band to do this with.” Scores of community volunteers, friends, artists, activists, OG’s, poets, musicians, students, tiny locas and homies partnered each step of the way to make this series a unique, intergenerational exchange. Brothers Mario and Tony Martinez, the only surviving members of Los Siete, themselves made appearances.

“That is the most exciting part of the series,” says Majano. “The collaborations with all the folks, it just manifested and keeps going, it keeps growing. The series, the art show, youth involvement—it’s right on.”

Regarding her live cinema production, Majano highlighted the interactive dialogue and audience relatability. “I liked the energy at Brava, because in that moment, we unearthed the story collectively. We were all experiencing this at the same time. There’s a connection.”

Majano is aware of the irony of creating a piece that’s deeply bound to the local Mission experience while simultaneously being inviting to new arrivals. “It’s a way that we can agree without tension—there’s a lot of tension in the city around who’s legit and who belongs, and it’s good to ask that. But the performance was a moment free from that tension. We could really see each other and witness ourselves in the show. That’s what that means.”

The story of Los Site is complex, rich and not totally conclusive. There are no neatly tied-up endings or fairy tale finales. Seven young men of Central American descent were accused of a crime they didn’t commit and a whole community came to their defense, becoming more unified because of it.

The young men themselves had to find ways to go on and live their lives despite having to overcome the obstacles and disruption that accompany a legal battle for their freedom and their lives. Some had to flee the country for their safety, some committed serious crimes after being cleared, others became professors.

50 years later we can agree that remembering the Los Siete saga is important as we face the similar yet beefed-up challenges of displacement, police brutality and enforced gentrification, only now aided by tech money. In that sense, the story of Los Siete is a perfect allegory for the story of Mission District resiliency and reconciliation.

In her live cinema production, Majano asks if there’s room for redemption in popular movements. “Does all power to the people include forgiveness?” 50 years later, that question echoes in our alleys and in our hearts.

Majano is a true unifier, a Prince (musician) aficionada, a warm homegirl who smiles with her eyes and who greets friends by saying “Mission love, baby!” with a  distinctive Cali swag. She makes no bones about drawing inspiration from neighborhood stories as told through graffiti. “In my work, I’m a big fan of taggers like ORFN. I would see his name everywhere.” Though ORFN passed away some years ago, his name is still everywhere—in his handstyle, an added level of respect.

“I really like that homage to him on the street,” she says. “People continue to write his name on the wall.” She contemplates this interplay in her own work. “He was here, I’m here.” To Majano, the collective memory and memorializing on the streets is seen as an art model. “That really influences me as an artist—that’s what we’re trying to do as Mission artists.” Speaking on the commemorative package, Majano says: “What continues to be successful is the series. I think we succeeded collectively. We did that. We’re going to continue to succeed.”