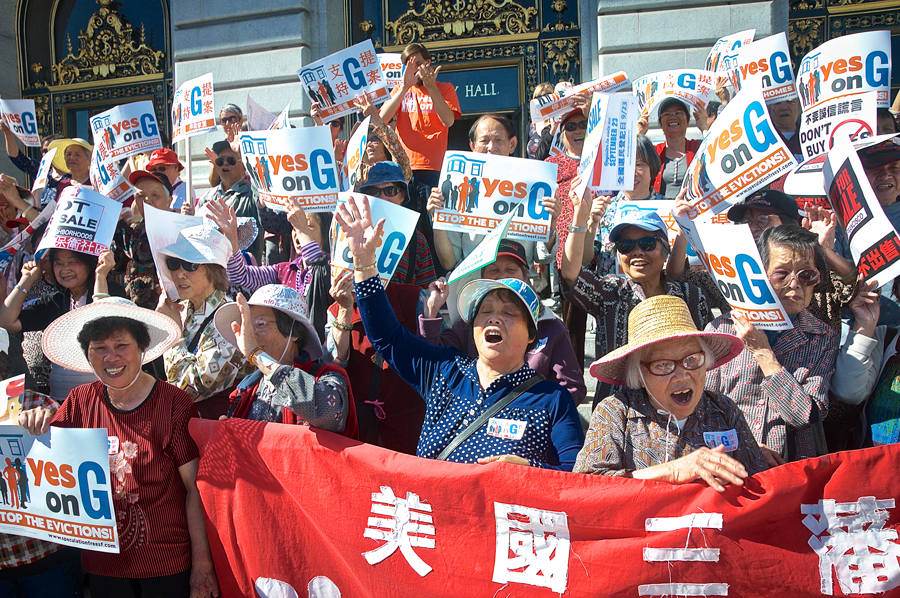 In the hours after polls closed on Nov. 4, California recorded a lower-than-average voter turnout—34.8 percent of the voting eligible population (VEP). San Francisco, which had key ballot measures tackling issues including minimum wage, transportation infrastructure and the city’s housing crisis, didn’t fare much better, as only 39.48 percent of registered voters actually turned up at the polls to vote. The results are in, and while it’s too early to know for sure how they will change the landscape, here is a brief recap of some of the measures most likely to impact Latinos.

Perhaps the highest profile San Francisco Proposition on this year’s ballot, Proposition G, or the “Property Re-sale Tax,” was defeated. Drafted by affordable housing advocates in an attempt to stem the city’s epidemic of evictions at the hands of real-estate speculators, the measure would have heavily taxed the sale of multi-unit buildings that were sold within five years of being purchased. Now that it’s been rejected by voters, San Francisco can expect its soaring real-estate market and the subsequent eviction crisis to continue unabated for the foreseeable future.

On the bright side, San Franciscans overwhelmingly passed a citywide minimum wage hike in the form of Proposition J, which will increase wages incrementally over the next two years for San Francisco’s lowest paid workers to $15 per hour by 2018. San Francisco voters also approved Proposition K, a non-binding resolution to increase the money set aside toward affordable housing programs with the goal of creating 30,000 affordable units by the year 2020.

Proposition C passed, extending an existing “Children’s Fund” for the next 25 years. Proposition C creates a council to establish and review plans to improve conditions for children and working families in San Francisco.

At the state level, voters approved Proposition 1, a water bond addressing what has become the worst drought on record. The measure authorizes $7.15 billion in general obligation bonds for infrastructure improvements, including supply management, surface and ground storage, drinking water protection and water treatment. This will have an especially pronounced effect on central valley communities, which are largely Latino.

Californians voted to block Proposition 45, the Public Notice Required for Insurance Company Rates Initiative. Proposition 45 would have given the state’s insurance commissioner some oversight of the insurance companies’ ability to increase rates and deny eligibility on the basis of poor credit or lack of prior coverage. Its defeat means that insurance companies can continue to gouge working-class families or deny service altogether.

Another hotly contested measure, The Reduced Penalties for Some Crimes Initiative, was passed, reclassifying certain “non-serious, non-violent” felonies as misdemeanors. California spends an estimated $9 billion annually on its prison system, and by helping ease its bloated inmate population, this measure will save the state hundreds of millions of dollars. The measure also creates a “Safe Neighborhoods and Schools” fund with the money saved, which will help to fund programs to address drug abuse and mental health treatment.

State Assembly District 17 race
In his bid for the District 17 State Assembly seat, San Francisco Supervisor David Campos was trailing political rival and fellow supervisor David Chiu by 3,049 votes (51.65 percent to 48.35 percent) as of press time. The Guatemalan-born Campos is one of only two LGBT Supervisors in San Francisco, and has been supervisor of District 9, which includes most of the Mission District, since 2008. 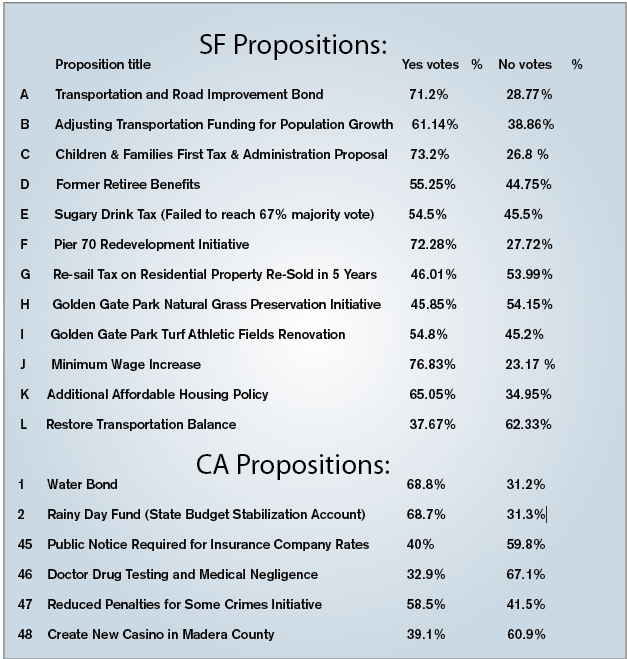