The art of fighting oppression: community rallies to ‘break down borders’ 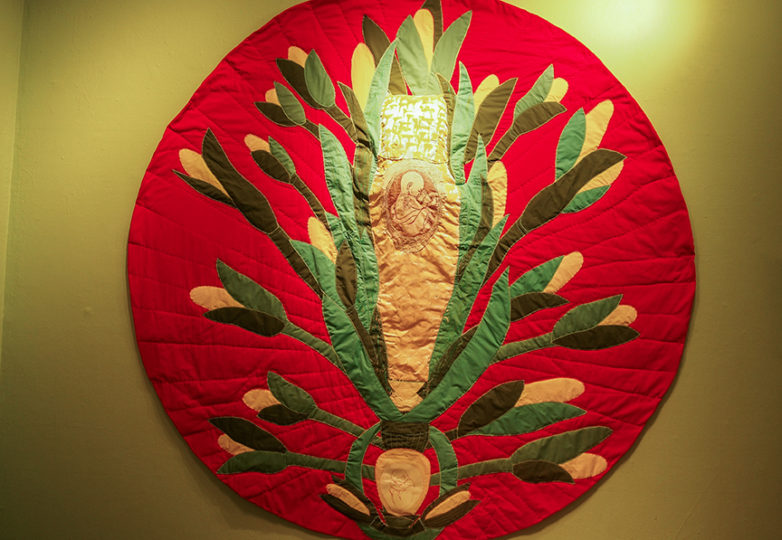 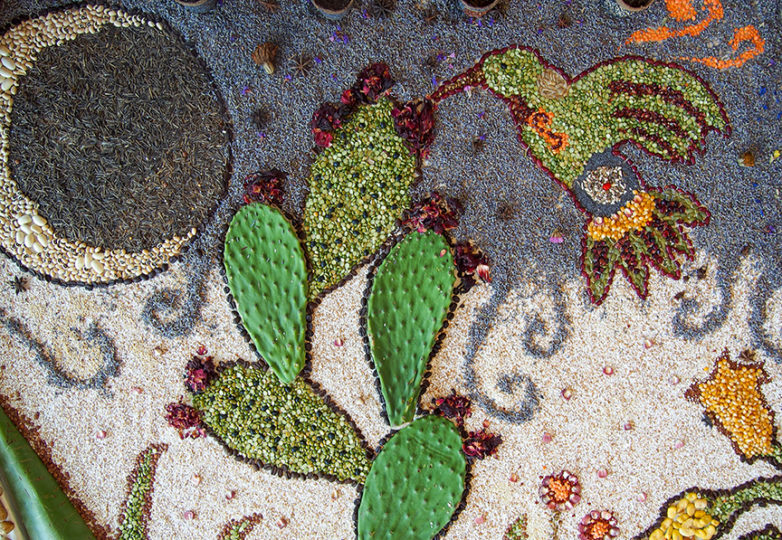 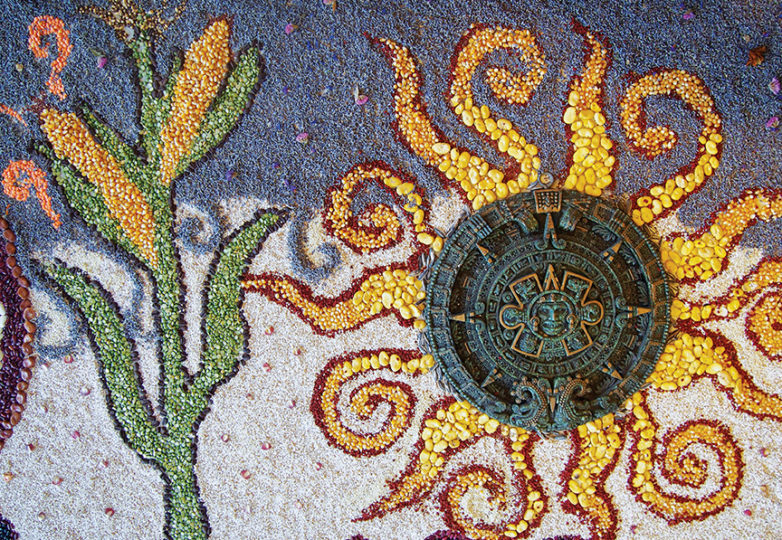 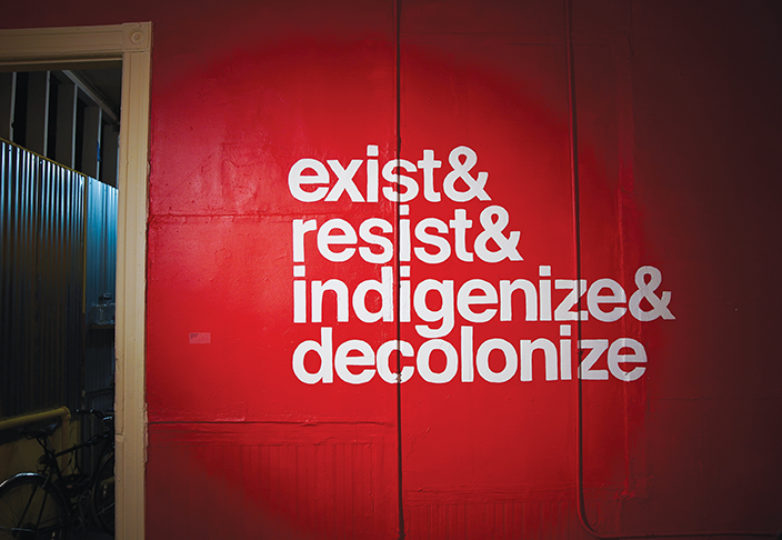 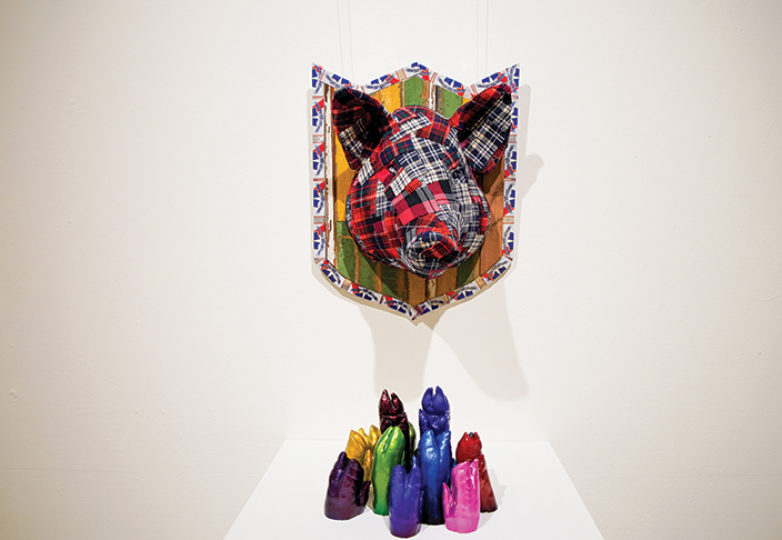 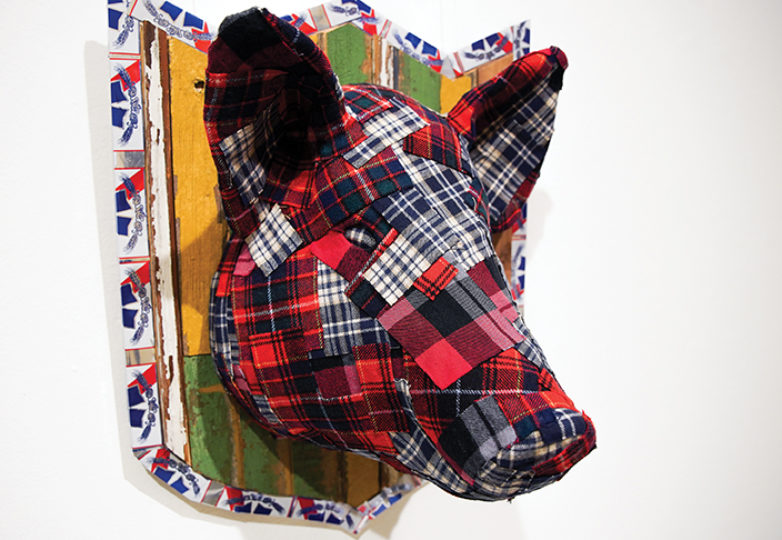 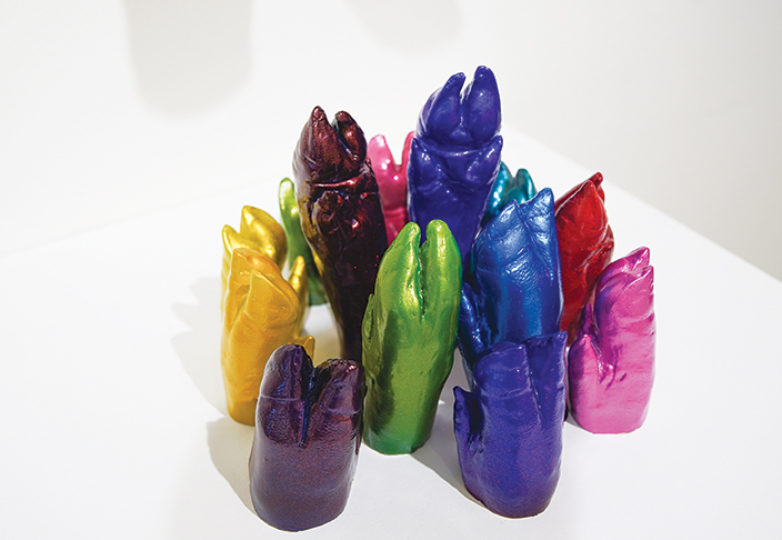 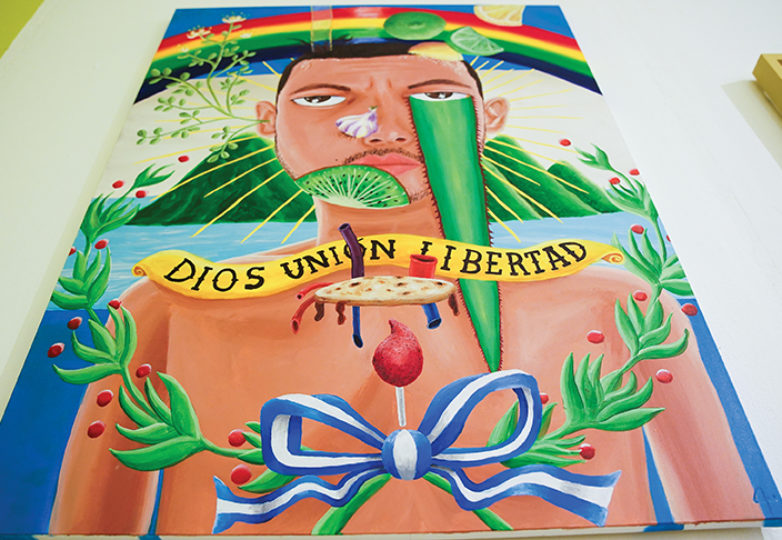 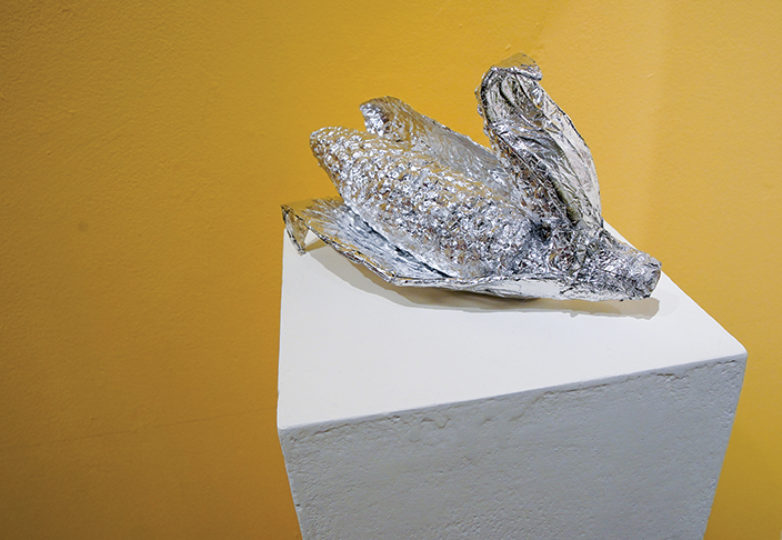 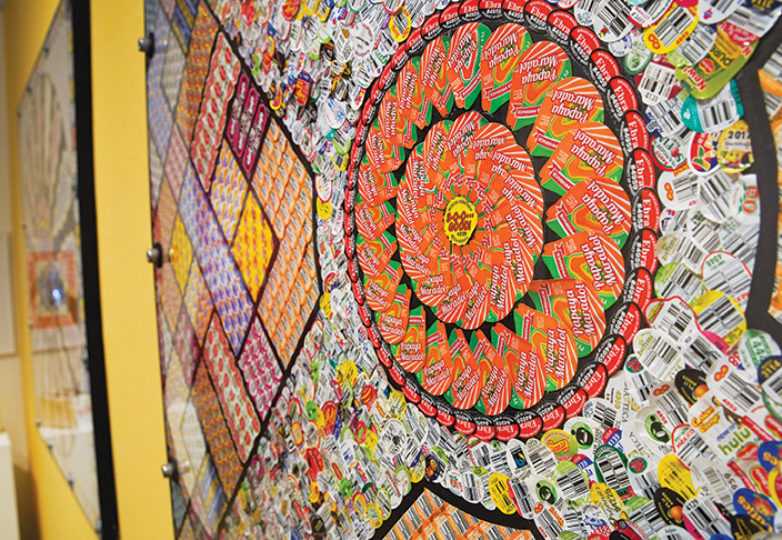 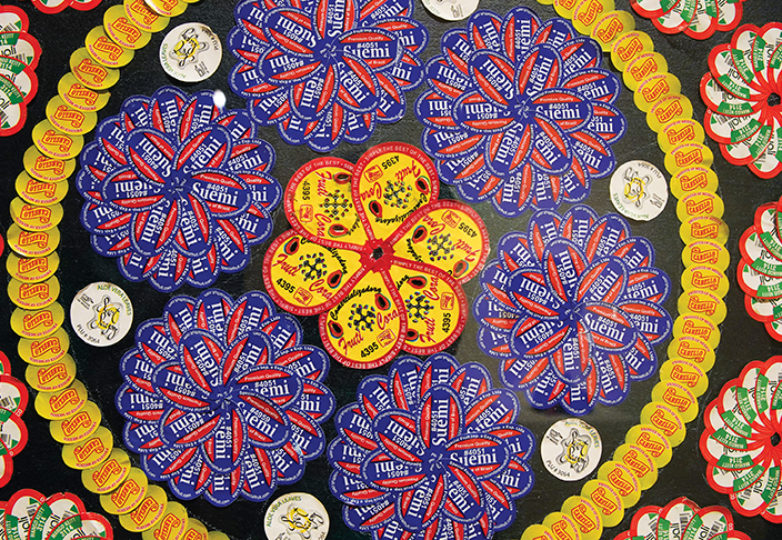 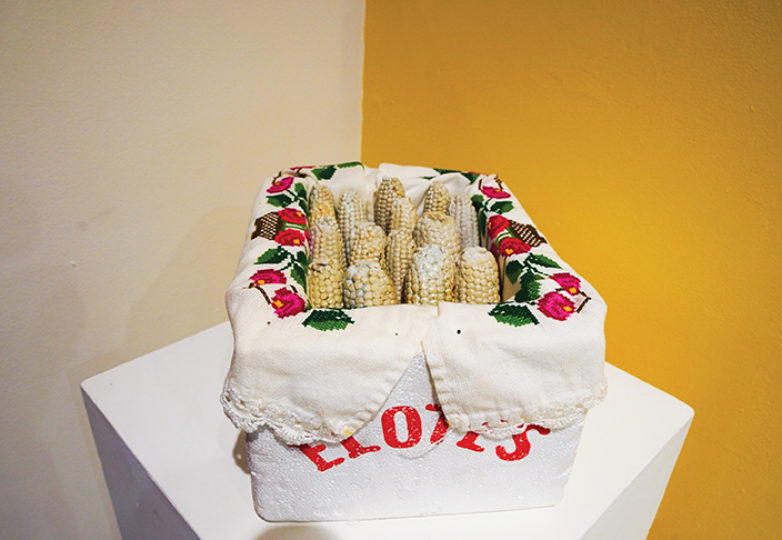 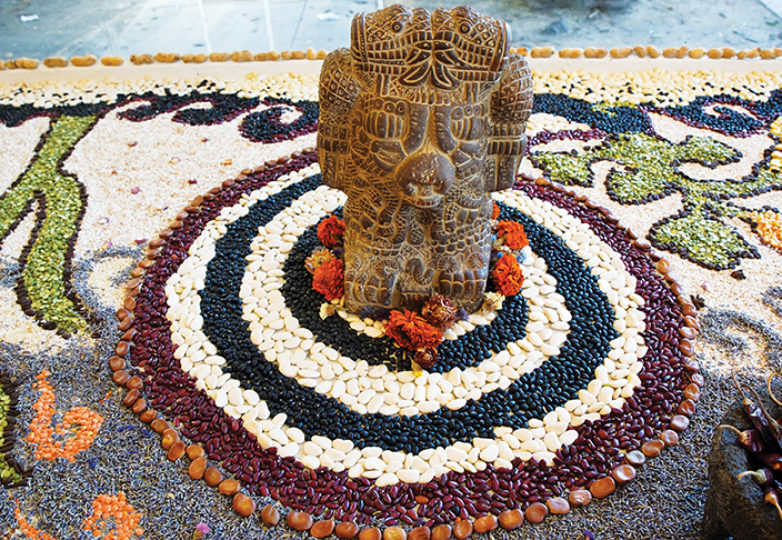 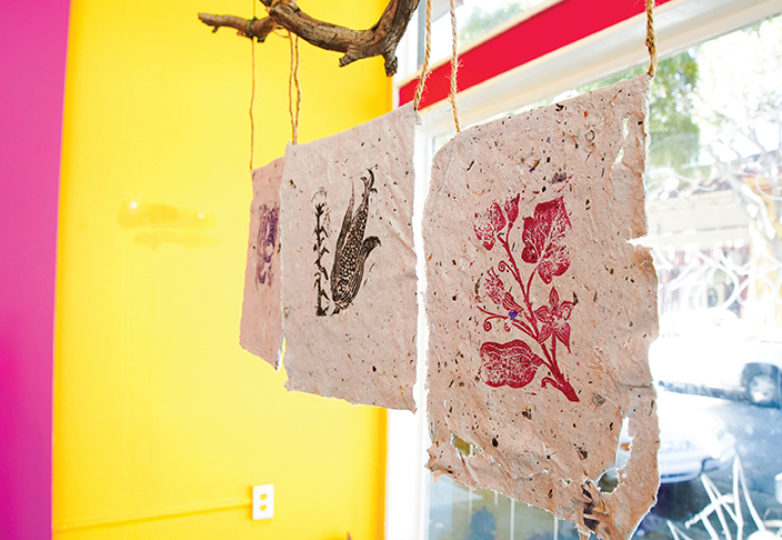 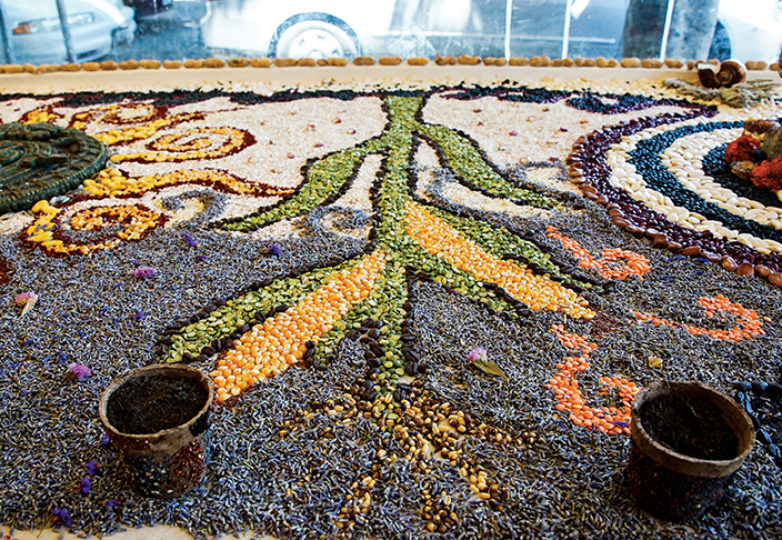 The massive “tortilla” hanging on the wall is actually a quilt, which gives the impression that it is just as soft and fluffy as its flour or corn counterparts. The tortilla represents Latino food culture, but most importantly, it represents healing.

The piece is one of many that is featured in Galeria de la Raza’s upcoming exhibit “Comida es Medicina” (Food is Medicine), a multimedia show emphasizing the connection between food, culture and colonization.

Co-curator Luz Calvo said the exhibit is both a critique of the current food system and a project to help with healing. The idea for the show is an extension of Calvo’s co-written cookbook “Decolonize Your Diet,” which is filled with “plant-based Mexican-American recipes for health and healing.”

“The proposal of the book was that our food system has been ‘colonized,’” Calvo said. “It’s part of a larger process of colonization of Indigenous and Chicanx people in the southwest. And for us, decolonizing is a multifaceted political project.”

Calvo said the legacy of colonization is physical, mental and spiritual, and that food is what connects all pieces, since its been part of many practices in Latino cultures—from medicine to producing and eating.

The couple Matt Garcia and April Bojorquez are two of the artists featured in “Comida es Medicina.” They are also the founders of Desert ArtLAB, an initiative they founded in 2010 that is “dedicated to a[n] experimental public art practice exploring connections between ecology, art and community.”

Garcia said Desert ArtLAB looks at how to make a desert sustainable and bring back indigenous plants to their natural habitat. They create ways to prepare nearly dead land and make it lively and flourish again. It began in Arizona, when the couple noticed that during discussions of how to make the desert sustainable, Chicano and Indigenous perspectives were always left out.

“It became clear we had to create our own project do to it, and that’s how Desert ArtLab was created,” Garcia said. “It was a way to kind of create our own space to have these conversations about what it meant to live in the desert, and actually who had lived in the desert, and who had some traditional knowledge to share about what it means to live there.”

The first phase of their project began two years ago with planting and trying to figure out what indigenous plants can grow in what conditions. Garcia said they had to find resilient plants that can survive both 115-degree heat waves with little water, in addition to negative-32 Artic cold spells.

He explained that the project has taken and will continue to take time. It requires extensive planning and solving logistics, while giving time for some phases that have a duration span of decades.

The couple said they decided to feature their work in “Comida es Medicina” because their project was consistent with the exhibit’s narrative.

“Part of it was the title, and the fact that there was this art exhibit that was exploring Latinx, Indigenous, food systems through art. For me that was unique and exciting,” said Bojorquez, who added that knowing a little about the curators Calvo and Suzy González intrigued them as well.

The seed for the decolonized diet

The co-curators met last summer and began developing the concept of art exhibit, but Calvo’s idea for the book came in 2006 already, when Calvo, at the age of 45, was diagnosed with breast cancer. The disease had Calvo look into their own food habits but also research on the topic.

“The process of going through breast-cancer treatment and being diagnosed with breast cancer really made me look very, very closely at what I was eating, and start doing some intense research about food and its relationship to health,” Calvo said. “I was surprised to learn of the various studies that had been done in Latina women and breast cancer.”

Calvo said they came across a research showing that Latina women who were born in their home countries had a 50 percent lower risk of breast cancer than Latinas who were born in the United States. This was the starting point for Calvo on the reasons behind these numbers, and had Calvo look at indigenous food and its effect on the Latino community.

In addition to the featured indigenous plants and flowers from Latino communities, the exhibit will showcase artworks dealing with the ongoing process of gentrification. One piece, referred to as the “Hipster Pig” by Calvo, represents what happens with the upscaling of acestoral Latino food to the point where it is no longer affordable.

Calvo said another piece touches on food deserts, a part of the exhibit that looks at what happens when food becomes toxic rather than healing, when fast-food chains are the only options available.

In Studio 24, next to the main gallery, there will be works from various cultures worldwide, including a piece about the history of acai, and a 7-year-old pickle from Iran.

“Our goal in this space is to have people see the connection and the longing we have for our ancestor’s food in relation to other immigrant groups who also have longings and broken connections to their own cultural ancestor’s foods,” Calvo said.