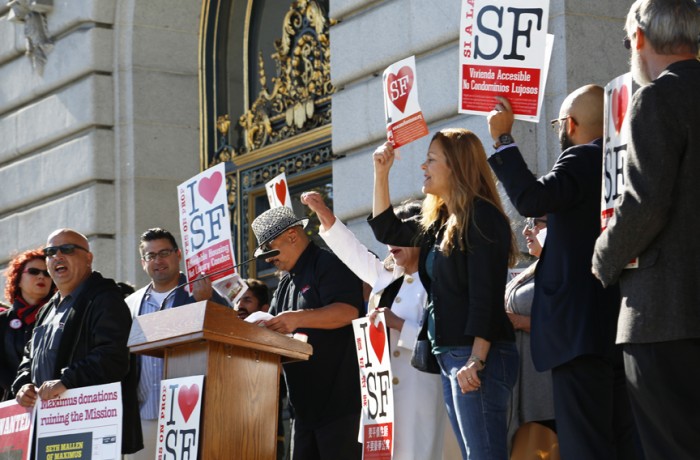 Supporters of Proposition I, which did not pass, gather at the steps of City Hall the day after the election to announce their continued fight for affordable housing. Photo Drago Rentería 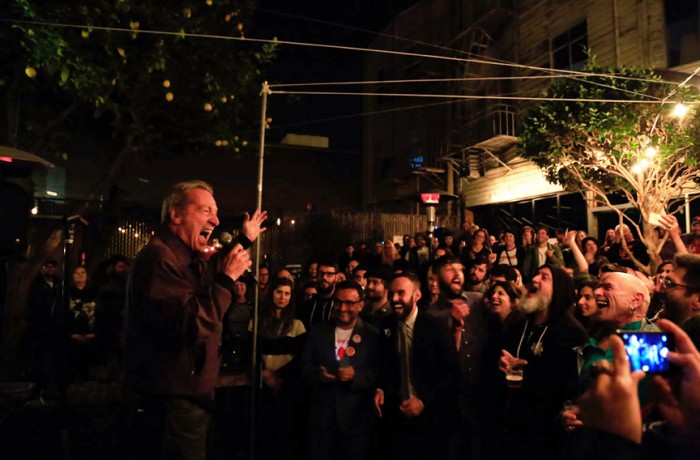 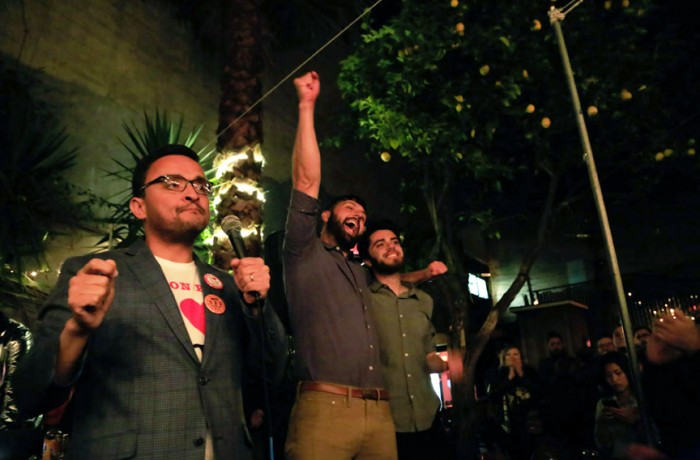 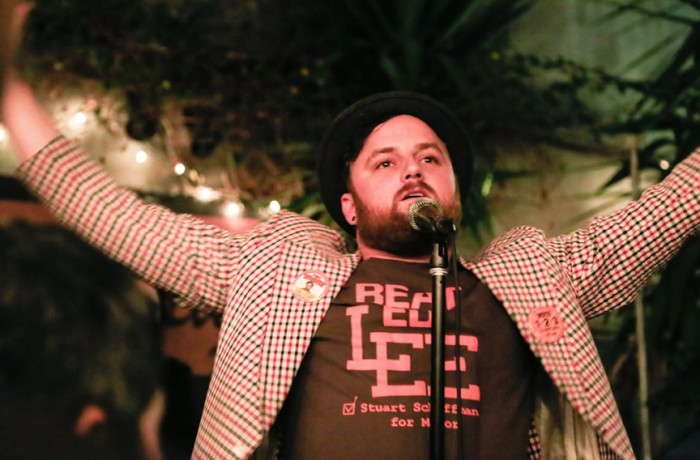 Less than 24 hours after Proposition I—the measure calling for a temporary moratorium on luxury housing in San Francisco’s rapidly economically and ethnically changing Mission District—was voted down, community activists celebrated the measures that did pass, and vowed to move forward in their fight for affordable housing.

“I would be lying if I didn’t acknowledge some disappointment,” said Proposition I supporter Christina Olague from the steps of City Hall on Nov. 4. Olague is the former president of the city’s planning commission and a former supervisor. “But what I know from personal experience, is that there is much to learn from losing. We will not hide in the shadows of this moment, but we will continue to build a citywide movement that we have witnessed emerging over the past few months.”

Proposition I garnered 55,543 votes (42.65 percent) citywide. That tally was one that supporters viewed with optimism, given the vast amounts of funding given to the “No on Prop I” campaign from large developers and real estate firms.

Gabriel Medina, policy manager of the Mission Economic Development Agency (MEDA), was confident that the only reason Proposition I was defeated was due to money, calculating that developers spent $24 per vote to defeat the measure, while supporters spent less that $3 per vote.

But despite voters turning down Proposition I, supporters of the measure say they’ll continue to resist luxury development until the city’s affordable housing needs are met, and will likewise continue with their neighborhood stabilization and affordable housing strategies.

“The Mission has not been as united as it is now,” said Scott Weaver, a former tenants’ rights attorney and author of Proposition I. “And we’re moving that momentum forward.”

That unity within has spread from the Mission to surrounding neighborhoods, all of which are facing similar issues to those that are plaguing the Mission.

“As good as we are individually, I understand that we’re better together,” said Dorn. “I am more ready to fight than I was yesterday.”

The “Yes on I” campaign faced an uphill well before the November election. More than 400 recruited individuals, volunteers and donors rallied to gather over 15,000 signatures in 19 days so that the measure could make it on to the ballot.

“The working poor and the middle class who live in our community have the right to remain in our community,” said Santiago “Sam” Ruiz, executive director of Mission Neighborhood Centers. “The dormant giant became alive, and we have taken the first steps.”

Proposition F—the measure that attempted to regulate short-term housing platforms such as Airbnb, which have taken rental units off the housing market—also failed. Airbnb reportedly spent more than $8 million to defeat Proposition F.

In a move that will almost certainly shift the balance of power of San Francisco’s Board of Supervisors, former board president Aaron Peskin beat out current supervisor Julie Christensen for the District 3 seat. Peskin won by more than 1,000 votes.

“Progressives have taken back the board of supervisors,” District 9 Supervisor David Campos said. “Supervisor Peskin’s victory in the District 3 race means that now we can collectively pass legislation reflecting our community values.”

Others rejoiced in the victories of other measures favoring affordable housing.

“Yesterday’s election, we won. We won because three years ago we said we needed funding for the Mission to build affordable housing; Prop A won,” said Roberto Hernandez, of Our Mission No Eviction.

Proposition A, the affordable housing measure, which passed with 73.49 percent of the votes, is a bond worth $310 million—$50 million of which will be allocated to the Mission District.

“That [40 percent], we will demand be the new standard for all development in San Francisco,” Hernandez said.
Proposition K, which voters approved by 73.28 percent, will provide surplus property to include the building of affordable housing for certain low-income households.

Proposition J, which establishes a preservation fund for legacy businesses who are at risk of displacement, also passed with 56.71 percent of the votes.

All in the familia: López trio aims to display more Latino films, theater productions in SF